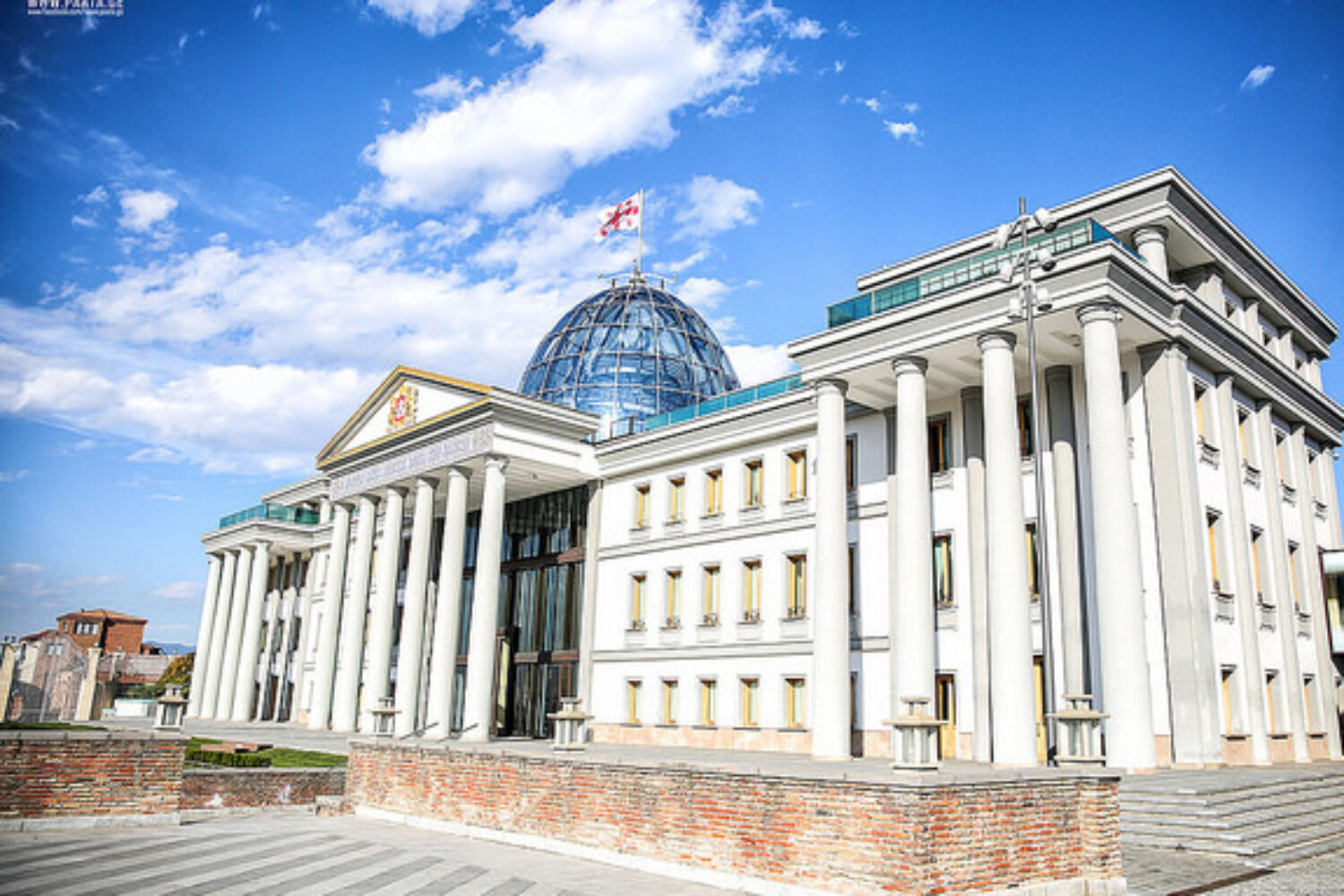 Georgia’s recent presidential elections exposed many of the problems that have been aggravating the country’s democratization process over the last few years. By electing the country’s first female president, Georgia has made one step forward — but the violations that were documented during the vote represent two steps back  in its efforts to consolidate its fragile democracy. International and local observers believe that the process of democratic consolidation is slowing down even as fundamental democratic norms are increasingly under threat, including wide political acceptance of the election results and the values associated with a responsible opposition. The country finds itself stuck in a semi-democratic limbo with the ruling party caught between the conflicting objectives of completing the democratization of the country and retaining political power. In addition, the main opposition parties are still hunted by the shadows of the past. While many of the problems highlighted during the 2018 presidential election have been a part of Georgian politics for some time now, some of them, such as political polarization and vote buying, have acquired new intensity.  Below we outline a few distinct features that prominently figured in Georgia’s most recent elections, and further undermine Georgia’s infant democracy and its Euro Atlantic integration.

The intense polarization of Georgian society is not confined to political parties; it extends to other segments of public space. Extreme polarization and partisan reporting in the media are some of the most alarming issues, and they have endangered the media’s role as the fourth branch of government.  The challenge is how to identify the thin line between polarization and pluralism in order to strengthen Georgia’s democratic development. Unfortunately, the main media outlets — especially TV broadcasters — essentially became instruments of political parties, seriously harming their reputation and raising questions about the impartiality of their coverage. The coverage provided by major TV outlets was politically biased, to the extent that channels have been accused of professional ethics’ violations and the manipulation of facts. Sadly, the Georgian Public Broadcaster (GPB), which is funded by the state budget, also adopted a partisan editorial policy.  While GPB has always struggled to hold the government accountable,  the challenge is now especially great. Overall, Georgian media outlets are losing ground as the country’s political polarization intensifies.

The recent presidential elections also showcased many electoral malpractices; with what many would call voter bribery being the most prominent. The Georgian government’s initiative to write off the debts of 600,000 Georgian citizens was described by local watchdogs and international observers as an unprecedented example of vote buying. Vote buying as a political malpractice is closely associated with economic underdevelopment and social hardship, making Georgian citizens especially vulnerable to this type of manipulation. Vote buying undermines the very meaning of elections as a central element of procedural democracy as it forces voters to trade their votes for short-term economic benefits, rather than making a conscious choice based on their own values and political preferences. Broadly speaking, vote buying obstructs the democratic process in Georgia by interfering with the rights of citizens to freely decide who will represent them and their interests. It also undercuts Georgians’ ability to hold their elected officials accountable.

In Georgia, unlike in Western democracies, political parties are not the most important actors in the system and do not serve to connect the citizenry to the governmental process. While parties in Western democracies are independent organizations with strong internal party democracy structures, there are just two main political forces in Georgia — the Georgian Dream and the United National Movement — owned respectively by charismatic leaders Bidzina Ivanishvili and Mikheil Saakashvili. The 2018 presidential election once more confirmed that only these two individuals are capable of mobilizing the huge financial, political and media resources needed to compete for elections and no one — inside or outside their parties — could challenge their authoritarian instincts. This state of affairs seriously undermines the democratization process: the monopolization of vast resources leaves other political actors in limbo and deprives the country of any real opportunity to hold fair elections.  If left unchecked, this tendency may drive Georgian politics toward more radical polarization, which could have fatal results for Georgia’s unconsolidated democracy.

The main opposition parties showed more maturity in the recent elections by putting aside their differences and supporting the opposition candidate in the second round. Georgia’s recent history shows that the opposition must join forces during an election in order to have enough support to force the ruling party out of power. It now appears unlikely, however, that these parties will manage to unite for the crucial 2020 parliamentary elections. In addition, although the majority of the population is dissatisfied with the performance of the ruling party and is open to change, the opposition parties failed to mobilize the protest electorate. The oppositions’ continued failure has a long-term negative impact on Georgian democracy as it contributes to the Georgian Dream’s establishment of a one-party state and to the frustration of the electorate.

The Georgian opposition is not only weak and fragmented; it has been successfully demonized by the ruling party. While the authorities managed to consolidate their voters by mobilizing their enormous resources, opposition forces failed to attract the moderate, undecided voters who had the ability to influence the election results. Neither of the political forces managed to avoid the aggressive and negative campaigns that have alienated voters from the electoral process. The Georgian Dream has framed every election since 2012 as an exclusive battle between the former ruling party United National Movement and the Georgian Dream, the latter being the lesser evil. In the recent presidential elections, the United National Movement made that false narrative especially powerful as the party showed that it remains dominated by Mikhail Saakashvili and his radical political agenda. The current dynamic between the two parties has a negative impact on political pluralism in Georgia as divisions and marginalization efforts by both sides shape political (mis)perceptions and judgments. This is particularly true, as voters live in alternative realities defined by partisanship, which creates deep divides in society and encourages increasing partisan antagonism and political extremism.

International election observation missions noted many irregularities during the 2018 elections yet the formal position of the EU and many Western countries was more balanced. The international community quickly moved to endorse the results of elections by immediately congratulating the winner and somewhat downplaying the vote’s shortcomings. In so doing, the West indirectly bolstered the position of the ruling party and reduced the opposition’s ability to raise valid complaints about election violations. Moreover, the lack of criticism by the West may also be understood by the ruling party as a free pass to continue the same non-democratic practices in future elections, which may have a disastrous effect on the 2020 parliamentary election.

The recent presidential elections once again confirmed the stagnant condition of Georgia’s fragile democracy. The country has been failing to live up to its commitments to consolidate its democratic system within the process European integration. Instead, Georgia continues the stabilization of hybrid or semi-democratic structures with a dominant party system, politicized judiciary and competitive but not fully democratic elections. A few of the aspects of bad governance we listed above, such as media polarization, political demonization or opposition’s weakness, are recent additions to the long list of problems in the country and further undermine Georgian democracy. In developing democracies, the government is usually the cause for poor democratic performance. In Georgia’s case, however, the opposition also bears part of the blame. Hence, all key actors, including the government, opposition and civil society, need to work hard to jump start Georgia’s democracy.