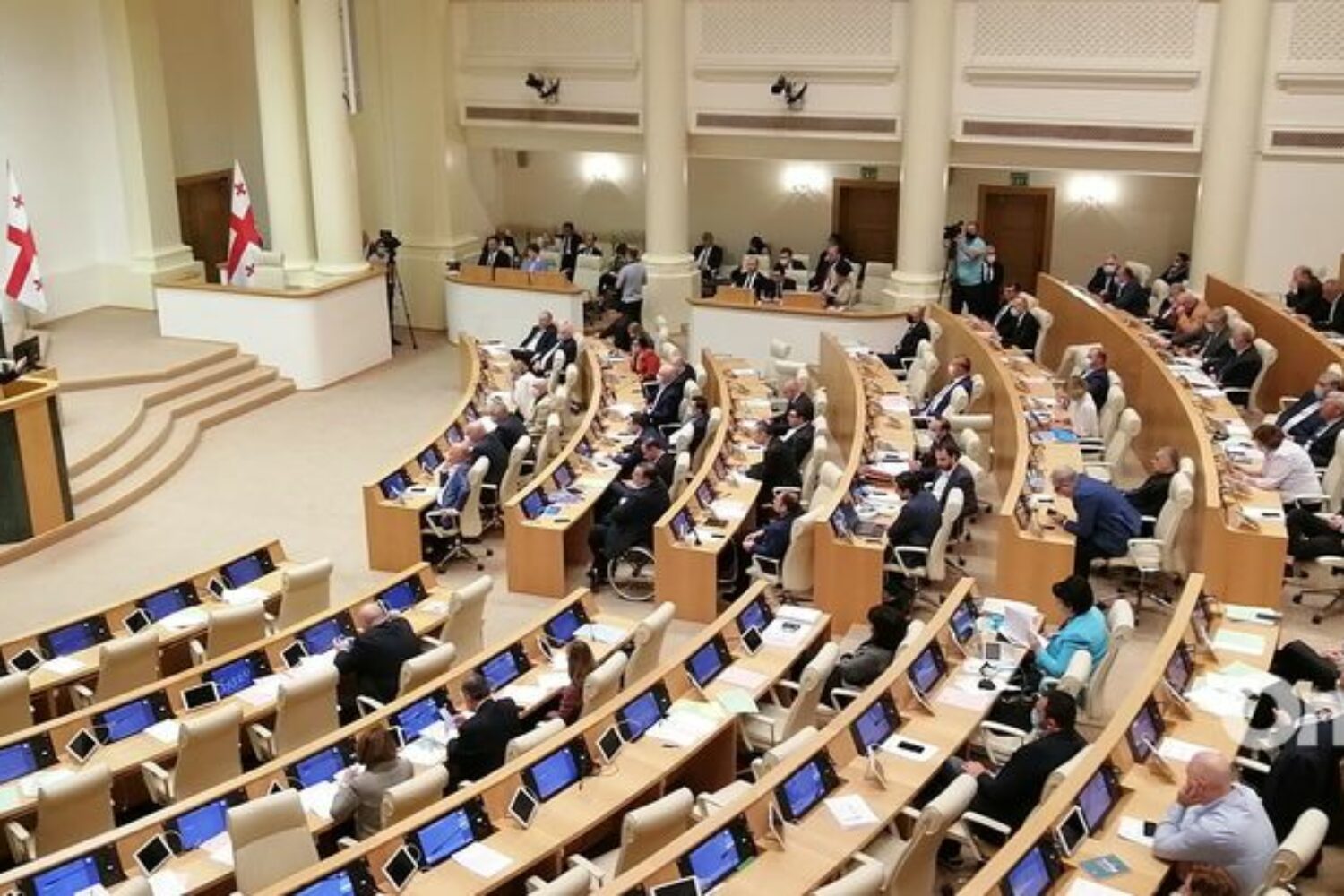 There is a prevalent view in Georgia that the two major parties – the Georgian Dream and the United National Movement – dictate the political forecast in the country. Regardless, the decision of the small parties to sign Michel’s document and enter parliament showed that during the evaluation of the Georgian political agenda, the factor of small parties in Georgian political processes might be crucial from an electoral standpoint. The biggest and most experienced oppositional party, the United National Movement, is not among the parliamentary actors in the 10th convocation parliament. As it was thought during the parliamentary boycott (which lasted for several months), relatively small opposition parties were united under the umbrella of the UNM. The decision of some parties to enter Parliament made it clear for the public that they are able to act independently from the UNM on the political arena whenever they deem it necessary. Despite the fact that in terms of the ultimate objectives the opposition actors more or less maintain a unified position, at this stage small parties have chosen a different mechanism of battle, through which in some sense they are able to influence the political agenda of the governing party as well as the leading opposition parties. In this context what power small parties in Georgian politics actually have should be examined, and why their activity is important in the post-crisis period.

Due to the official results of the last parliamentary elections stated by the CEC, nine political parties received a mandate in the 10th convocation parliament. Despite crossing the 1% threshold, seven of them were unable to receive more than five mandates.  Such actors can be referred to as small parties. Among those subjects, there are some quite experienced actors (such as the Georgian Labour Party, Alliance of Patriots of Georgia, European Georgia, Girchi) as well as somewhat newer political unions (Lelo, Strategy Aghmashenebeli, Citizens).

Such diversity of the opposition spectrum significantly increased the prospects of installing representative democracy in Georgia, although   a diverse opposition alone is not enough to ensure the proper functioning of the system.

After almost six months of parliamentary boycott, currently several opposition parties are engaged in active legislative activities and are discussing fundamentally important issues in parliament, such as one of the most disputed paragraphs of Michel’s agreement, which concerns the general amnesty regarding the events of June 20. Despite the fact that there are differences of opinions in the public regarding some of the opposition members entering Parliament (of the small parties, European Georgia definitively refused to work in Parliament), it is important to note the prospects that such parties might have in the political arena.

The first factor which gives a clear perspective to some of the opposition parties in Georgian politics is the fact that throughout the relatively stable stage of the crisis they manage to rally around their shared future political objectives: they started to implement their agendas in the lawmaking process, officially articulating their visions from the Parliamentary platforms, which, over time, will make their activity far more thematic.

The discussions of some of the small opposition parties about their separation from the UNM and the proposal of independent candidates as the local government elections come closer indicate that the parliamentary opposition will act more independently in comparison to the post-election period of 2020. Therefore, it becomes clear that pre-election competition between the separate opposition parties should be expected even within a coordinated opposition. On one hand, this logic will encourage the promotion of the political agenda of specific parties, therefore the image and identity of those parties will be further strengthened in the eyes of the voters. However, such an approach during the pre-election period might be a risky strategy for the common objectives of the opposition.

The Image in the Eyes of the West

The decision of small parties to sign Michel’s document and afterwards enter Parliament in some sense endowed with an image of being rational actors in the eyes of Georgia’s Western partners. During the evaluation of the events, the US State Department focuses on “important progress for Georgia’s democratic development” and “political courage”. At the same time, the ambassador of the EU, Carl Hartzel, stated that “we are advancing towards the stronger partnership between the EU and Georgia”. Based on this, it can be said that the specific decisions of some of the parties helped to soften the tone of the West towards Georgia in the context of the crisis.

This context will probably grant the opposition parties in Parliament a certain level of trust from the West. They now receive an additional chance to further strengthen their European contacts, especially with the background of the planned deepening Euro-integration processes which will significantly increase their weight in the Georgian political field. The parliamentary opposition has more opportunities to get closer to European parties with similar ideologies and even prepare the ground for associate membership.

Obviously, in this case there is an increased chance that such a change of context of the European political elite towards the small parties will also increase the level of benevolence among the pro-Western electorate.

Maturing the Culture of the Coalition Politics

Regarding more long-term prospect, the stable political activity of the small political parties might provide a real foundation in terms of creating a political culture in Georgia, which is based on mutual cooperation.  The fact that balancing the politics which is adjusted to specific leaders is an important issue among Western actors as well, the possible union of the non-dominant opposition parties receive a chance to gain a certain level of political support from the West in this direction.

In attempts to strengthen any possible platform, small political parties will uphold an important resource: there is a significant chance that a political spectrum with different visions which enjoys mutual cooperation between parties will appear to be a strong encouraging factor for the power allocation process between the factions over the long-term.

The Big Power of Small Parties: The Prospects of the Parliamentary Opposition in Georgia

It is a widespread view that with the background of confrontation between the larger parties, the rest of the political parties were under their shade and mainly had to act according to their agenda. Regardless, by entering Parliament, small parties managed to become game-changers in Georgian politics. Therefore, there is a possibility to talk about the real political power of such actors due to several factors. Their perspectives are realistic because, after a somewhat stabilization of the political crisis, small parties have more opportunity to direct their efforts towards working out their own (joint or individual) strategies and the active mobilization of voters for the next elections. In addition, with their decision to engage in official legislative activities, small parties increased their image of being trustworthy political actors in the eyes of the West, which raises their political weight significantly.

Ultimately, the parliamentary culture which, in the current stage of Georgian political life, can be formed through the activities of mutual cooperation between small parties, must prepare a successful foundation and experience in order to create stable coalition governments in the country after a certain period – this will be an important step forward taken by the political culture of Georgia.