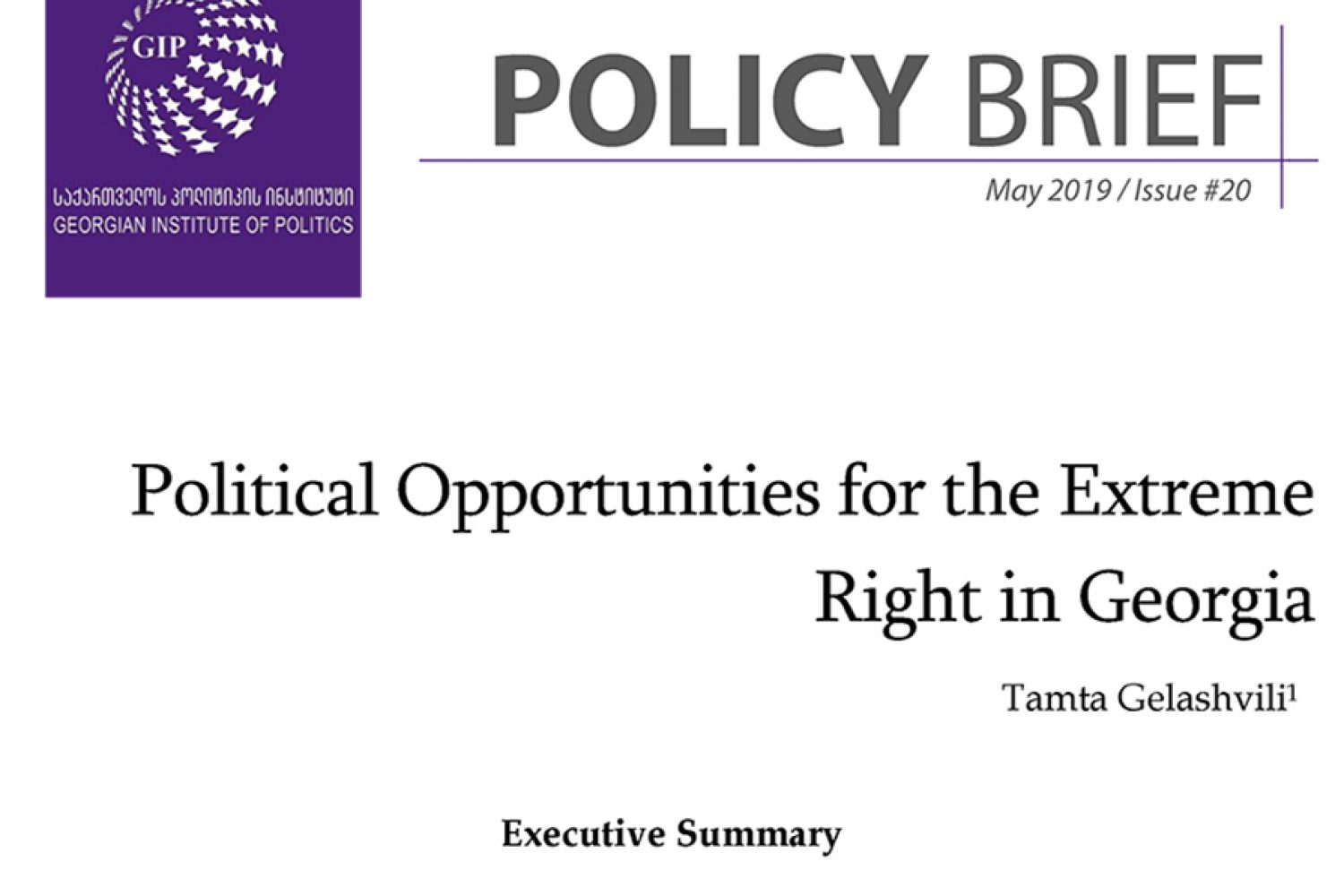 Over the past several years, right-wing extremists have begun to proliferate in Georgia and their visibility has noticeably increased. More recently, far right groups even announced plans to form a joint party, the National Front, which will “take part in absolutely all political processes.”[2] This policy brief discusses whether there are favorable political opportunities for right-wing extremist actors in Georgia to mobilize.

The legal system of the country includes laws that restrict extreme right rhetoric and action. However, an analysis of Georgia’s political space shows that right-wing extremist groups are indirectly supported, or at least not openly condemned, by the ruling party and other political actors. In addition, extreme right opinions largely coincide with general public attitudes, meaning that there are significant discursive opportunities for mobilization. After discussing the factors that contribute to potential mobilization opportunities for right-wing extremism, the brief presents policy options to counter this process.

[1] Tamta Gelashvili is an MA student at the University of Oslo.