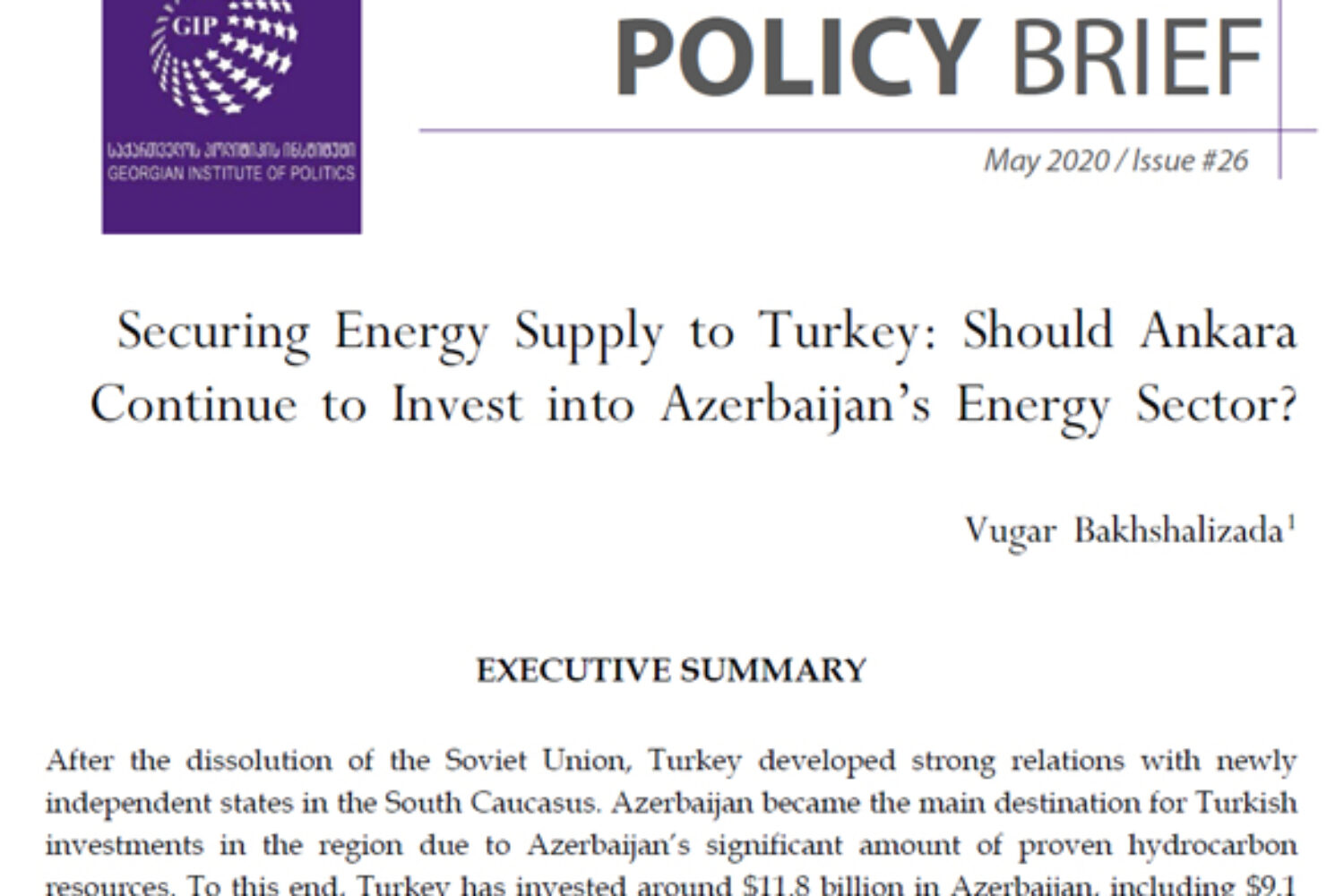 After the dissolution of the Soviet Union, Turkey developed strong relations with newly independent states in the South Caucasus. Azerbaijan became the main destination for Turkish investments in the region due to Azerbaijan’s significant amount of proven hydrocarbon resources. To this end, Turkey has invested around $11.8 billion in Azerbaijan, including $9.1 billion to oil and gas development (Ministry of Economy of the Republic of Azerbaijan, 2018).[1]Ankara’s long-term strategy is to turn Turkey into major energy (gas) hub: connecting all transportation routes from Middle East (Iran, Iraq, and maybe Qatar in future); Caspian Sea region (Kazakhstan, Turkmenistan, Azerbaijan), and Russia (South Stream). Moreover, Turkey also becomes not only transportation hub, but gas supplier too. Buying the gas for lower prices from suppliers and reselling it to European Union, would make Turkey invaluable partner and would increase Ankara’s political and economic position in the region. Pursuing this idea, Turkish government tried to make Azerbaijan as successful example, investing into its gas and oil projects, and benefiting from it. Such policy helps official Baku too. Azerbaijan from its side gets necessary financial resources to develop its resources and expand export potential. Furthermore, the financial resources it derives from the sale of its hydrocarbon resources help it to greatly modernize its military as well as get necessary funds for further economic development. The following memo will attempt to see whether Turkish policy toward Azerbaijan was justified and successful. Moreover, it will try to estimate the implications of recent oil prices drop and COVID19 consequences for this policy. Finally, the memo will suggest a set of recommendations for the Turkish and Azerbaijani policy-makers on how to cope with recent challenges to strengthening Turkey’s energy security and Azerbaijan’s economic development.

[1] Ministry of Economy of the Republic of Azerbaijan, 2018.