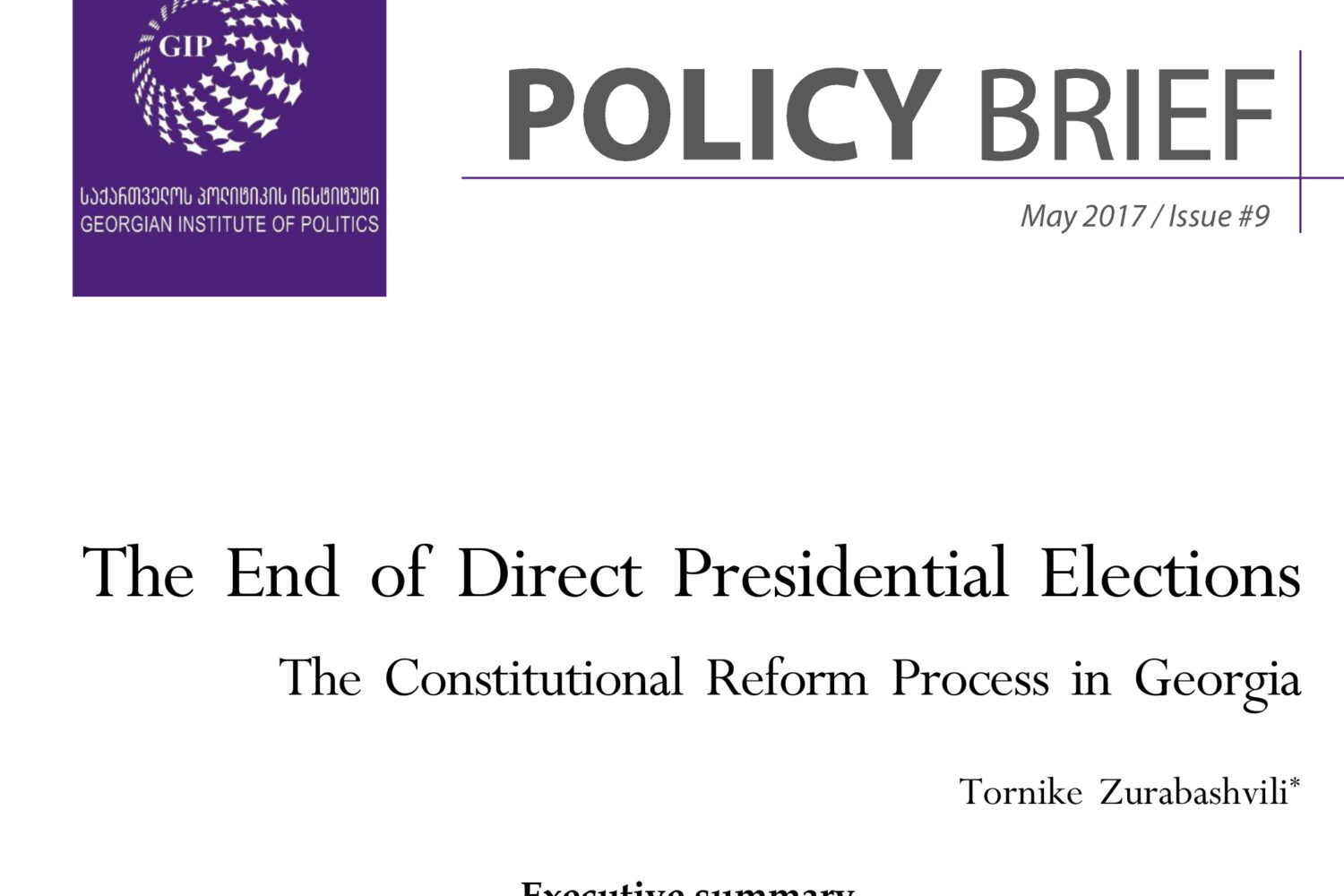 As part of the ongoing constitutional reform process, the ruling Georgian Dream-Democratic Georgia party (Georgian Dream) intends to abolish direct election of the president of Georgia, transferring voting power from the public to a college of electors composed of 300 parliamentarians and local and regional government representatives. The process has raised a number of questions. Why does the ruling party favor indirect election of the president? How was the constitutional reform process organized? Were there shortcomings in the process? If so, how can those shortcomings be mitigated before the amendments come into force? This policy brief analyzes the shortcomings of the constitutional reform process in Georgia, specifically as the process relates to presidential election procedures. It additionally provides the author’s reflections on the issue. Lastly, this brief provides recommendations for further action.