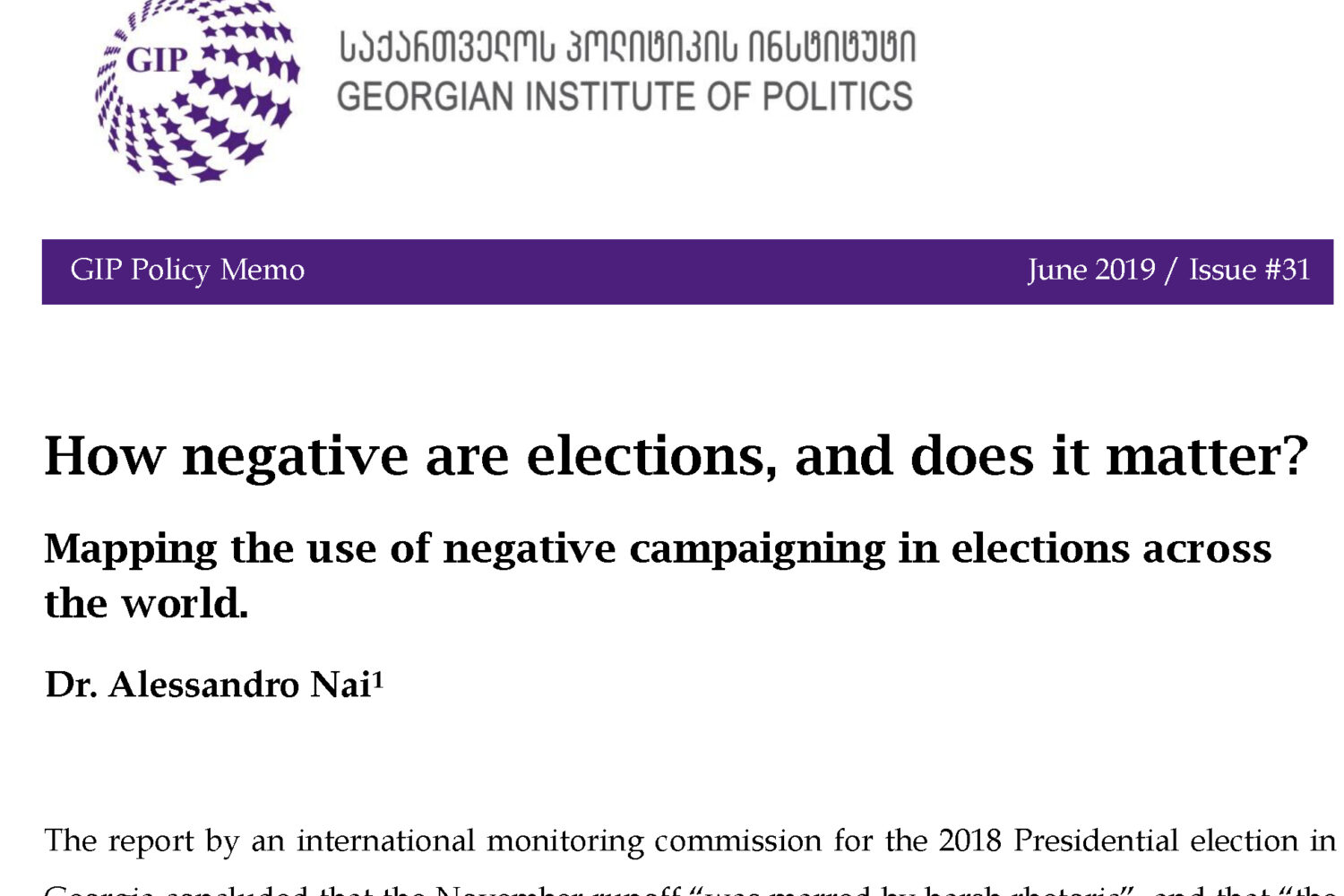 The report seemingly echoes the widespread sentiment that elections in Georgia are becoming somewhat unique in the use of incivility and the duress of the political debates between competing factions. Is this the case? And, beyond the Georgian case, what is negativity and why does it matter?