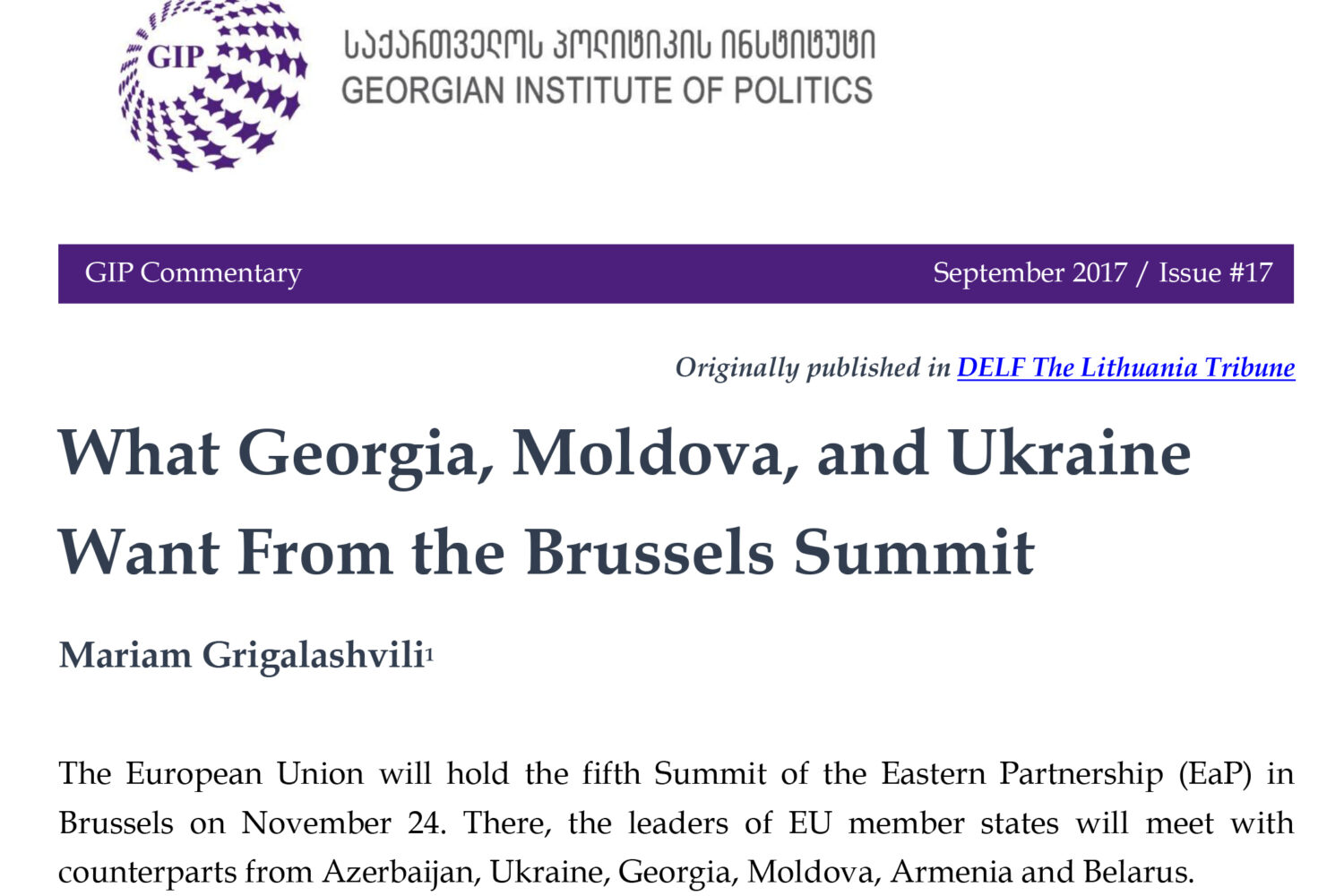 The European Union will hold the fifth Summit of the Eastern Partnership (EaP) in Brussels on November 24. There, the leaders of EU member states will meet with counterparts from Azerbaijan, Ukraine, Georgia, Moldova, Armenia and Belarus.

The summit’s main purpose is to underline the progress made since the 2015 Riga Summit and outline the directions of future cooperation between the EU and EaP states. The summit will also involve discussion of how to strengthen cooperation in the four priority areas agreed in Riga:

The Brussels Summit is the EaP’s first since Georgia and Ukraine achieved visa liberalization and issued a joint statement (along with Moldova) calling on the European Parliament “to adopt a Resolution prior to the EaP Summit reflecting political support and reaffirming the appeal to the European Council to opening the Perspective of Membership to the three Associated Countries in line with Article 49 of the Treaty of the European Union.”