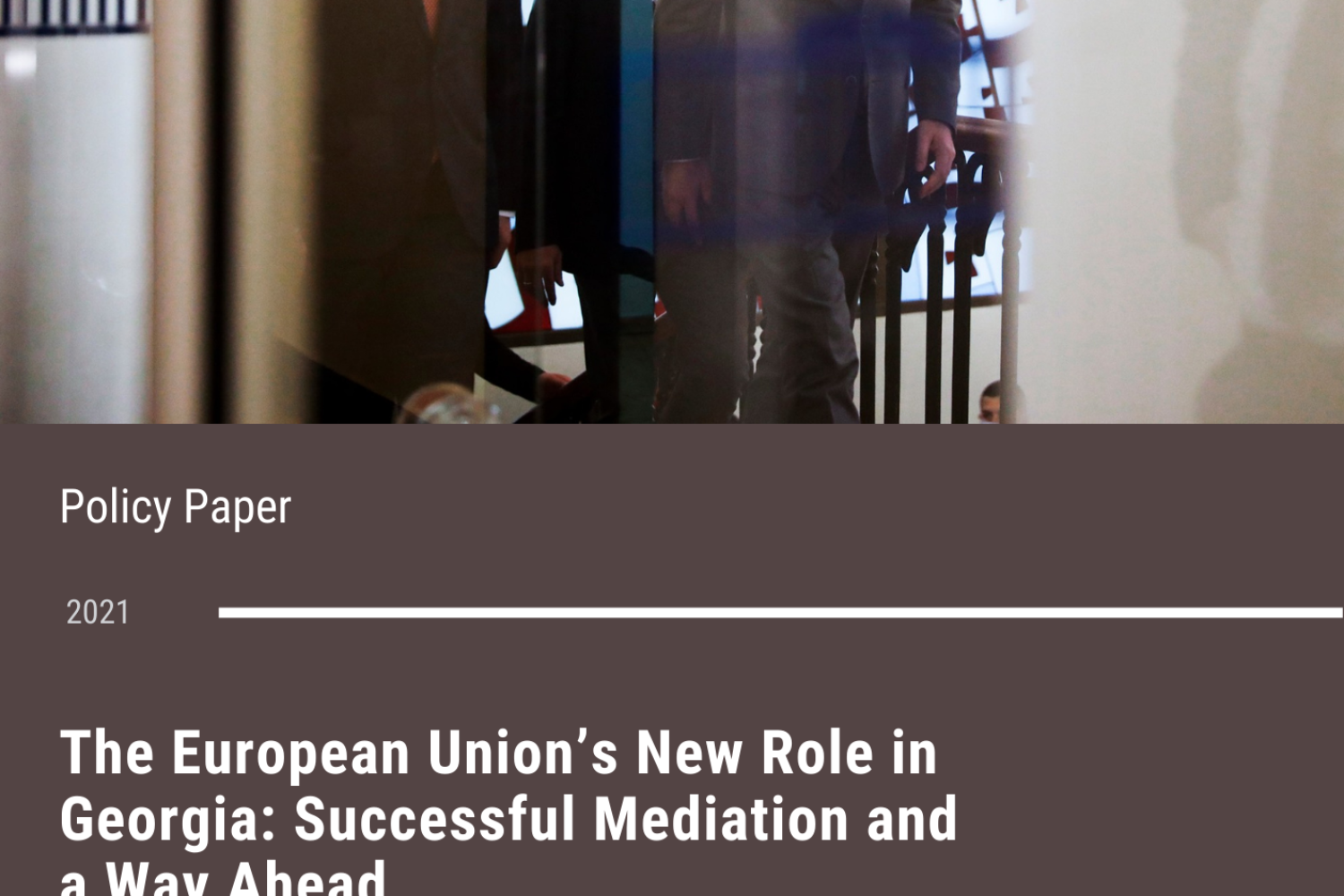 Consolidation of democracy is a lengthy and turbulent process, in which political crises can be a recurrent phenomenon. For Georgia, aiming to apply for the membership in the European Union (EU) by 2024, it is politically costly to let crises become unmanageable. However, the current political crisis, which started in June 2019, entered a deadlock in February 2021 when the leader of the largest opposition party, Nika Melia was arrested. At this point, the EU took up a role of a mediator and negotiated a deal between Georgian political parties. This defused the situation and a part of the opposition agreed to enter the parliament. While the political crisis is far from over the EU has found a way out of the deadlock. This policy paper explores the EU’s successful mediation. The paper first contextualizes the Georgian crisis to provide some insights into why solving it was important for the EU and then explores determinants of mediation effectiveness. The paper argues that three factors were the key: high capacity of using leverage, adopted mediation strategy, and high degree of coherence as a mediator. Based on the findings, a set of recommendations is provided for various domestic actors and the EU.