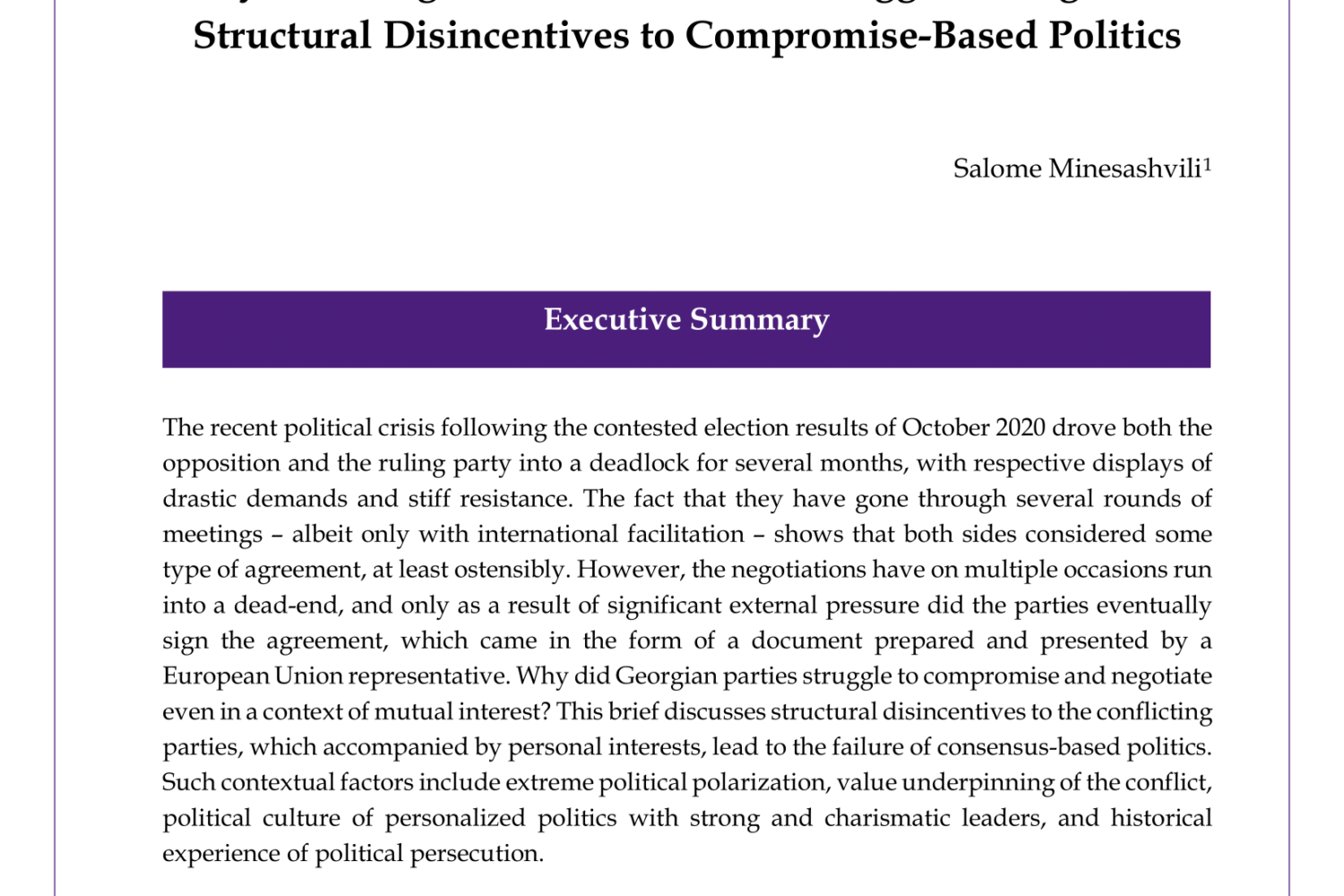 The recent political crisis following the contested election results of October 2020 drove both the opposition and the ruling party into a deadlock for several months, with respective displays of drastic demands and stiff resistance. The fact that they have gone through several rounds of meetings – albeit only with international facilitation – shows that both sides considered some type of agreement, at least ostensibly. However, the negotiations have on multiple occasions run into a dead-end, and only as a result of significant external pressure did the parties eventually sign the agreement, which came in the form of a document prepared and presented by a European Union representative. Why did Georgian parties struggle to compromise and negotiate even in a context of mutual interest? This brief discusses structural disincentives to the conflicting parties, which accompanied by personal interests, lead to the failure of consensus-based politics. Such contextual factors include extreme political polarization, value underpinning of the conflict, political culture of personalized politics with strong and charismatic leaders, and historical experience of political persecution.