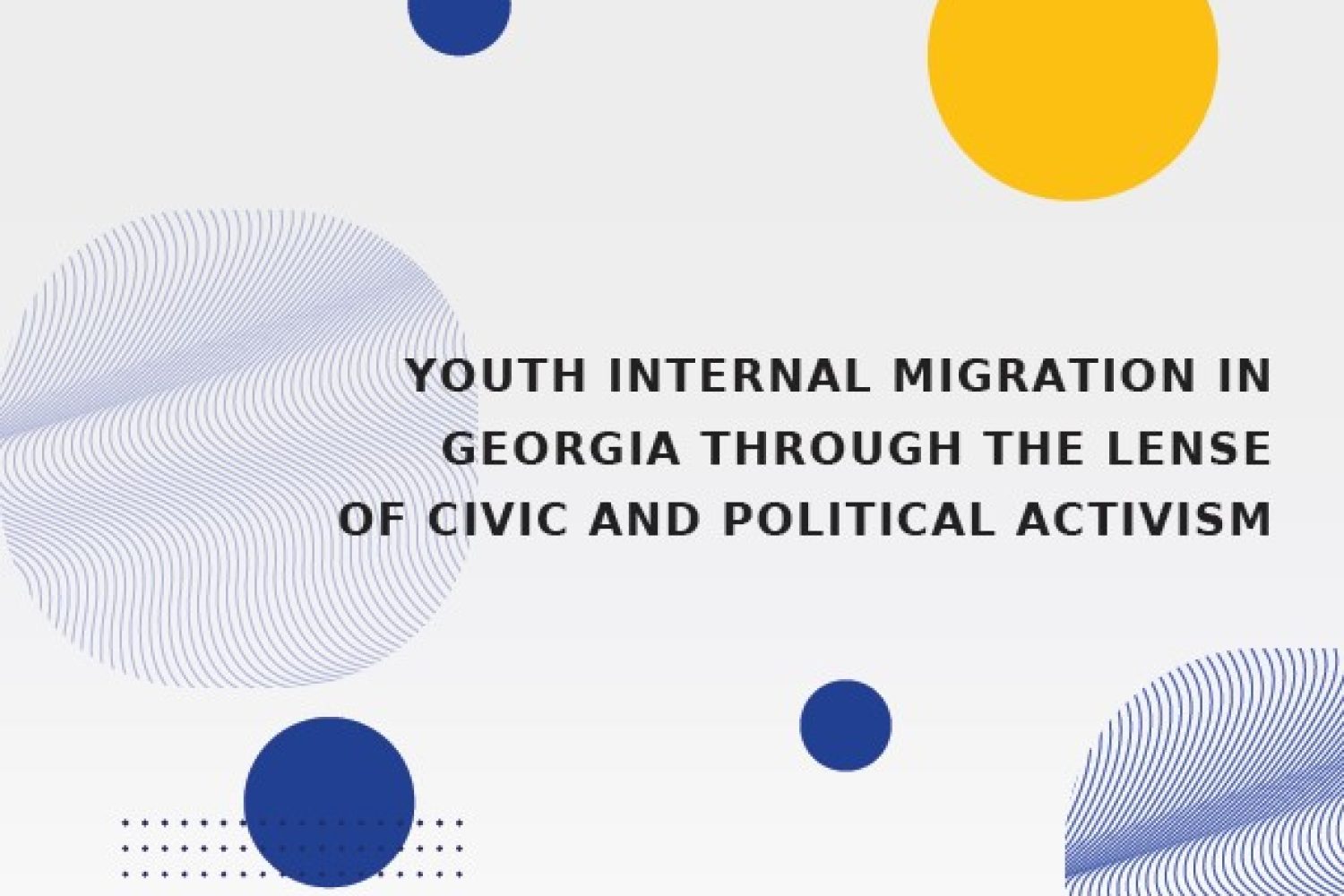 The population of Georgia’s capital is increasing at the expense of depopulating the regions. The current statistics illustrate the harsh reality – the decreasing trend in the Georgian population over the past few years (GeoStat, 2022). There is a similar trend for the regions of Georgia; for example, according to GeoStat’s published data, in 2018 the population of the Imereti Region was 507,000 but by 2022 it numbered 466,600. Also, in Samegrelo-Zemo Svaneti, the population in 2018 was 320,800 people but by 2022 this has declined to 301,200.

The situation is different when it comes to the population of the capital: from 2018 to January 2022 the population in Tbilisi increased by 43,100 people (GeoStat, 2022). One way to keep youth in the regions and, indeed, in the country is to have an appropriate and time-relevant urban policy that encourages civic and political youth activism at a local level. Thus, it is extremely important to discuss both concepts in the context of the development of the potential for youth and their empowerment in the regions.

Reflecting Georgia’s Soviet past and the experience of a low level of civic activism, Georgian society still struggles with organizing itself. There are still mental, social, and political factors that impede civic and political activism. In fact, there is no statistical information about activism in Georgia, the existing studies are outdated and the context has probably changed since past research projects were carried out. However, as an example, it is possible to quote a study conducted in 2017 with the support of the European Union (EU): “The importance of civic activism for Georgian students”. (Bezhanishvili, et.al 2017). According to the study, 42.6% of the 420 respondents involved in the research had never once participated in any type of community-based civic activism related event, while only 23% had participated in some kind of similar activity during the previous year (2016). In this study, it is mentioned that the number of male respondents that participated in different forms of civic activism was twice the number of female participants.

A second publication that addresses this issue was published in 2017 with the support of Friedrich- Ebert Stiftung’s “Generation in Transition”, which revealed that 45% of the participants were interested in the ongoing political process in Georgia. According to the data, young people’s nihilistic attitudes toward political issues may stem from the belief that “their interests are either not sufficiently or not at all represented in Georgian politics”. A very few respondents – only 2% – believed that young people’s opinions are reflected in the current political agenda (Friedrich-Ebert Stiftung, 2017).

The report below attempts to explore the civic and political activism of young people aged 18-35 in five target regions – Imereti, Samegrelo-Zemo Svaneti, the Autonomous Republic of Adjara, Shida, and Kvemo Kartli and the perspectives of regional cross-sectoral cooperation. In addition, the study is an attempt to analyze the root causes that urge young people to leave the regions and, lastly, it offers possible solutions to reduce internal migration.

This publication has been funded by the European Union within the Eastern Partnership Civil Society Fellowship. Its contents are the sole responsibility of the authors and do not necessarily reflect the views of the European Union.