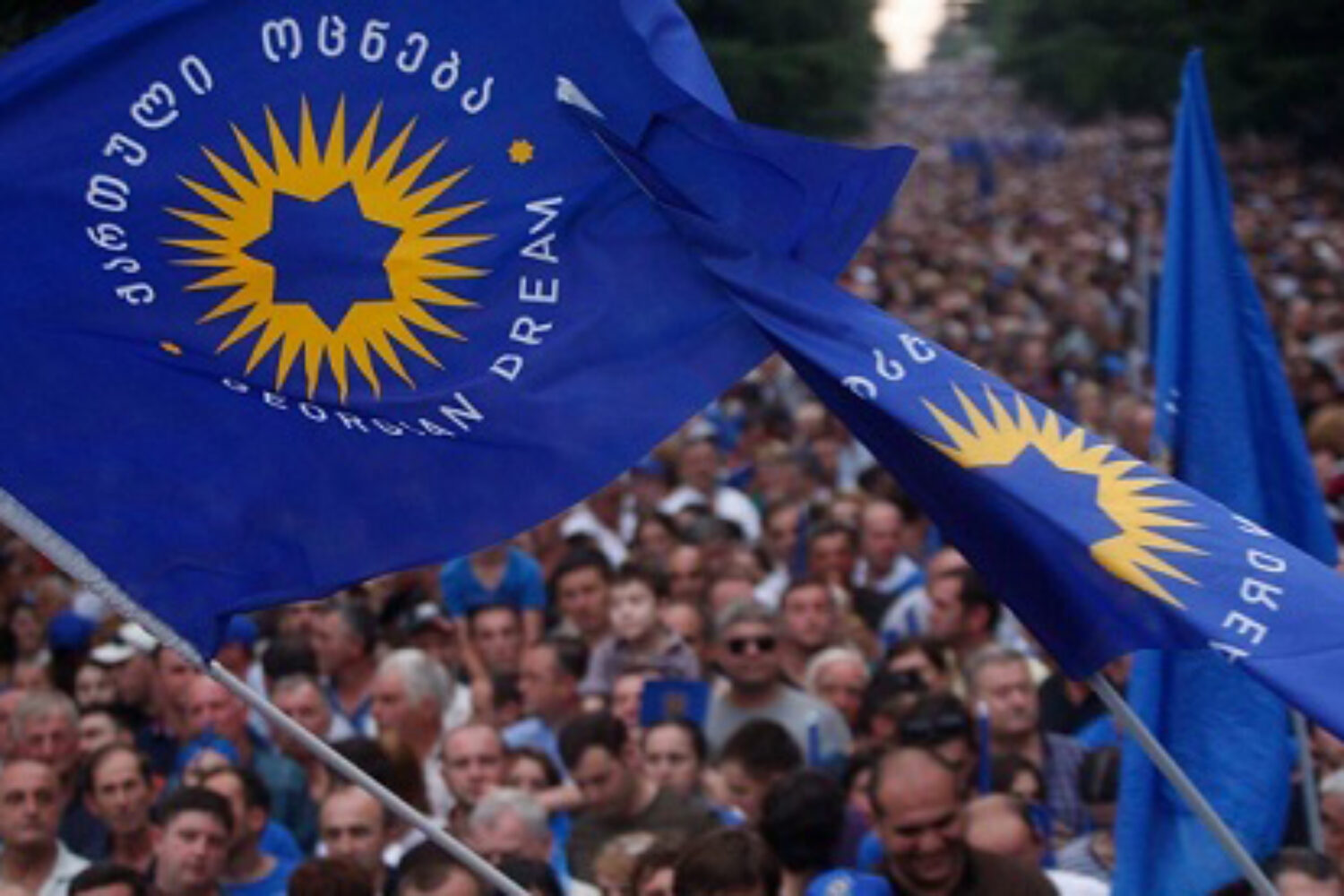 Recent public surveys have confirmed a paradoxical trend in Georgian political life: despite pressing problems, political blunders, and a troubling socio-economic situation, the ruling Georgian Dream (GD) party remains the most popular political force in Georgia. It has been almost five years now since GD first came to power, and its list of achievements remains quite short. Economic growth has slowed and Russia continues to demarcate what it considers the independent territories of South Ossetia and Abkhazia. Georgia has not made any major breakthroughs in terms of democratic and political reform, either. Instead, controversial constitutional amendments are poised to further erode checks and balances. Georgia’s democratic score has not advanced significantly in major democratic rankings.

Under such circumstances, the logic of power politics in a democratic environment would predict a decline in the ruling party’s popularity in favor of the opposition. However, GD remains the most popular force in the country and, according to the last public surveys commissioned by the National Democratic Institute (NDI), its candidate looks poised to become the mayor of Tbilisi following elections scheduled for later this year.

In light of the above, I propose six reasons why, despite many setbacks, the Georgian public still prefers GD to the opposition and is ready to tolerate its continued stay in power.

In conclusion, it is a personal achievement of multibillionaire Bidzina Ivanishvili that GD remains firmly in power after five years of rule. Ivanishvili built a political system which does not rely on coercion but rather cooptation through material and political incentives. Therefore, the state appears less threatening and does not challenge the vested interests of influential veto actors. Ivanishvili has succeeded through the use of a pragmatic and Machiavellian policy mix to establish a system of oligarchic governance that remains fairly popular.

*Dr. Bidzina Lebanidze is a senior analyst at Georgian Institute of Politics and lecturer at the University of Freiburg. He obtained his doctorate in Political Science from the Free University of Berlin.
**This publication was produced with the support of the National Endowment for Democracy (NED). The views and opinions expressed in this article are the author’s alone and do not necessarily reflect the views of the Georgian Institute of Politics or the National Endowment for Democracy