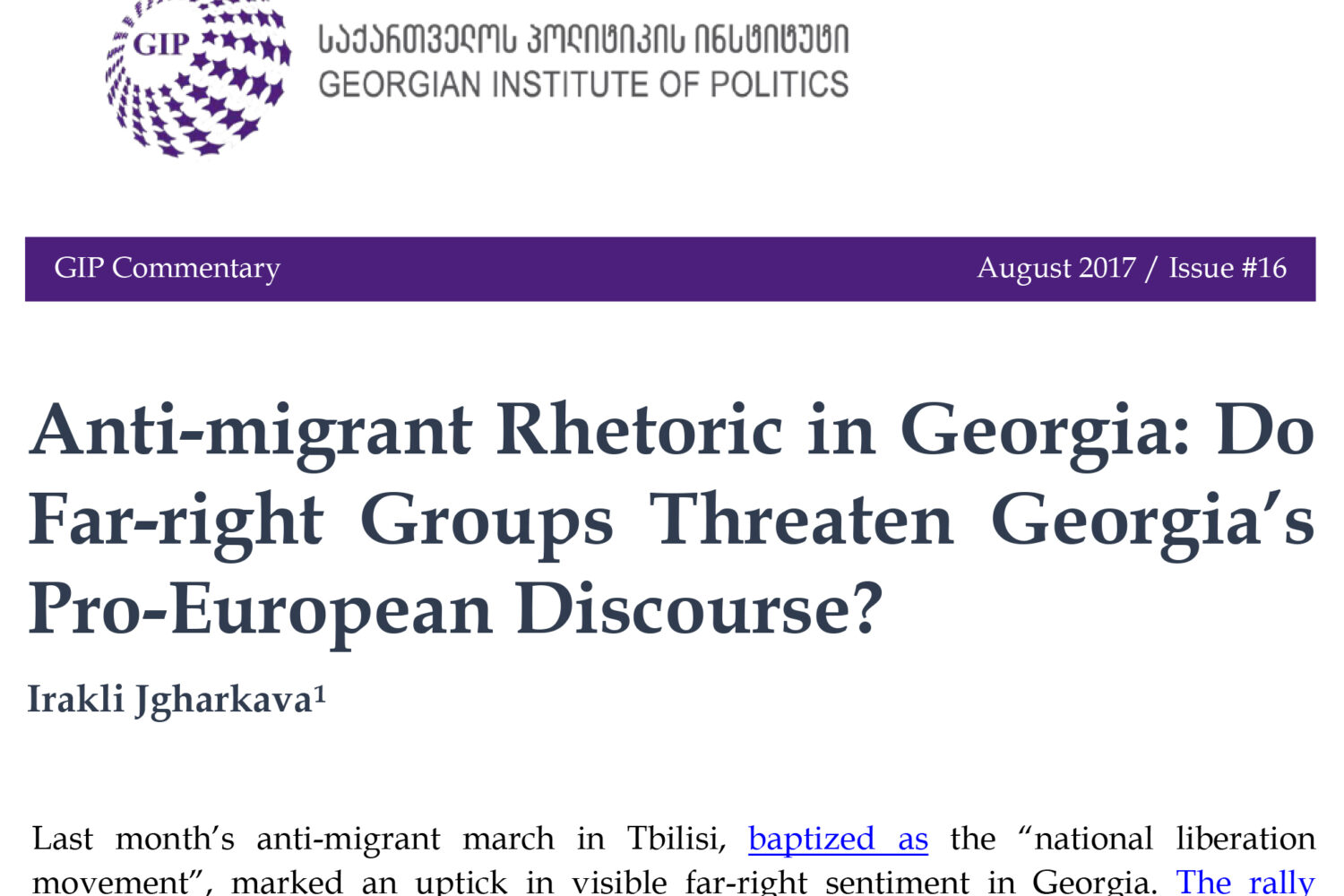 Last month’s anti-migrant march in Tbilisi, baptized as the “national liberation movement”, marked an uptick in visible far-right sentiment in Georgia. The rally gathered around 2,000 people demanding the deportation of illegal immigrants and an overall toughening of the country’s immigration laws.  This may be a one-off, as Georgia’s history is seemingly devoid of any substantive precedents of xenophobic discourse. Considering that the Georgian language itself denotes the term “foreign” with a positive connotation, the sudden spike in far-right sentiment should either be perceived as misplaced or transformative. Indeed, the anti-migrant march posits an intriguing case for Georgia’s contemporary stance on civil and political affairs. It is thus worth assessing whether the recent anti-migrant discourse will negatively impact Georgia’s foreign policy goals, especially European integration.

In light of what recently occurred in Georgia, it is worth examining the traction and growing popularity European far-right groups have gained against the backdrop of the ongoing migrant and refugee crisis. Are the far-rights utilizing the same discourse and tools on the topic of immigration to provoke anti-migrant sentiments in Georgia? To what extent are Georgian extreme right movements capable of impeding Georgia’s pro-European political agenda? These are some of the key questions that demand attention from policymakers and civil society actors that affect political decision-making in Georgia.

The issue at hand is not the so-called “new liberalization movement” exercising its members’ democratic and legitimate right to march in Aghmashenebeli avenue in Tbilisi, mimicking the far-right marches noted in various European capitals. Rather, it is the negative impact of such a public march on the country’s image—a country which is ardently striving to promote itself as inclusive, diverse, and pluralistic. While the country’s aspirations include embracing a Western European, liberal-democratic model, Georgia today remains a state with fragile democratic institutions. Located at the crossroads of Europe and Asia, Georgia is nestled within one of the world’s most ethnically-diverse region, therefore from this perspective, the normalizing of xenophobic rhetoric could have devastating consequences.  While “one march,” may not offset Georgia’s long-term plans for closer European alignment, the harsh reality is that Georgia’s modern history has a track record of ethnic-based conflict and civil unrest since the country’s independence.

This commentary employs the theory of securitization to address the above questions, with the objective of leading to more sound conclusions with respect to the emergence of far-right sentiments in Georgia and the pre-emptive measures that can be taken against further nationalization and securitization of the topic.