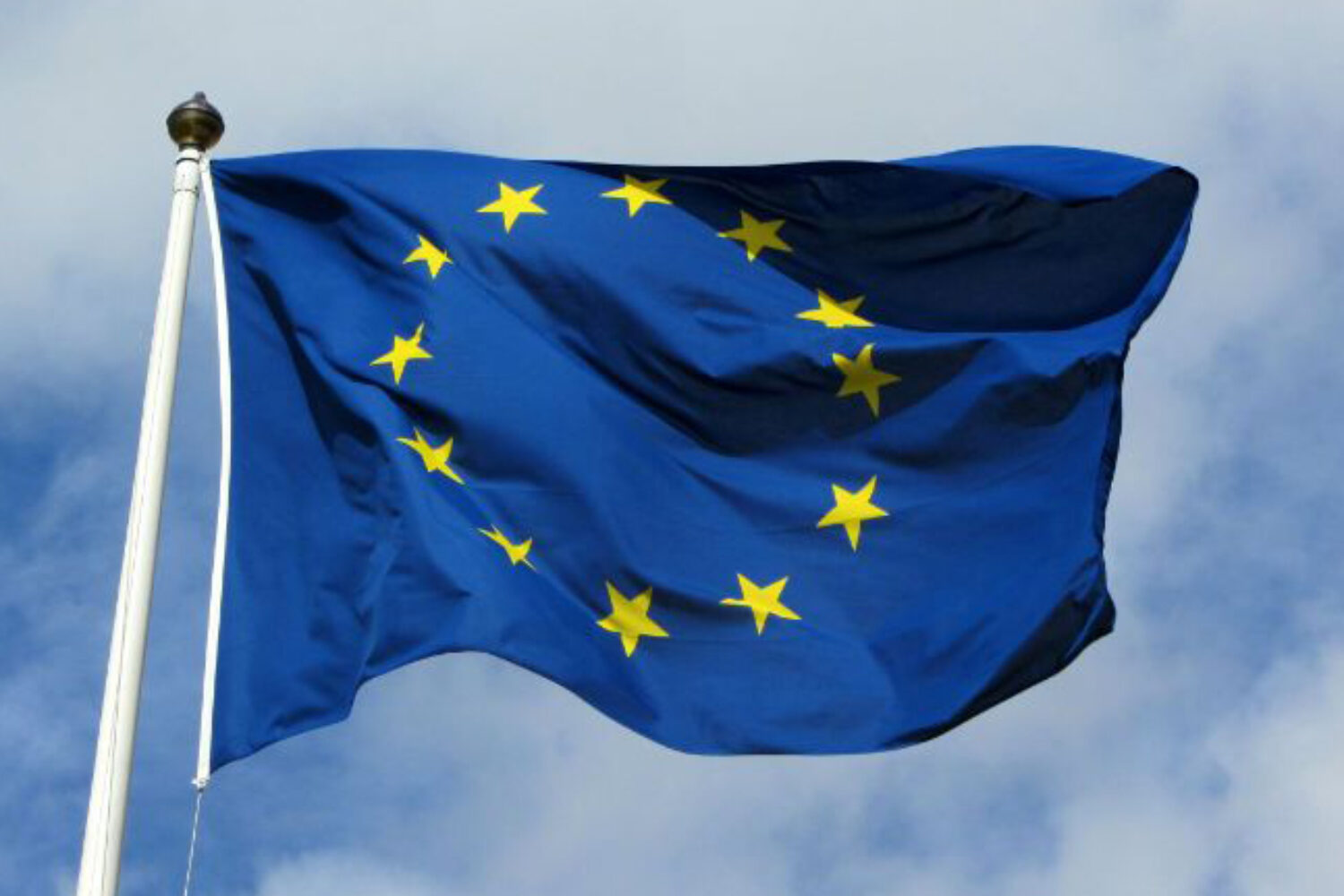 The 2019 European Parliament elections were marked by one of the most visible campaigns in the EU’s history, even declared “decisive for the future of our continent” by French president Emmanuel Macron.[2] In its immediate aftermath, much is still uncertain. This includes the final formation of parliamentary groups and the decision over posts including the President of the Commission, the Commission’s make-up, the President of the Council, as well as the High Representative for Foreign Affairs and Security Policy. Nonetheless, a broad overview and cautious look towards what the elections may mean for the Eastern Partnership and Georgia may be useful.

The decline of the centre and the ‘surge’ of populists?

Next to the improved turnout, implying an increased interest of Europeans in the EU, one of the clearest messages were the losses of the centre-right and centre-left groups. The European People’s Party (EPP) lost 37 of their 216 seats, while the Progressive Alliance of Socialists and Democrats (S&D) lost 35 of their 187 seats. At the same time, the Alliance of Liberals and Democrats for Europe (ALDE) gained 41 seats to now 110. This is mostly due to the inclusion of French President Macron’s coalition-grouping Renaissance but also due to successes by liberals e.g. in the UK and Romania. Additionally, the Green European Free Alliance (Greens/EFA) gained 23 seats to now 75 MEPs, mostly from Western European countries and especially Germany where the Greens won 21 seats.[3]

One topic that dominated the election’s coverage was the projected “surge of populism”.[4] Given that the partly populist European United Left/Nordic Green Left (GUE/NGL) has lost one fifth of its seats and considering the rather moderate gains or even losses by far-right populists, this in hindsight becomes rather questionable. In fact, only Italy experienced a ‘surge’, where Matteo Salvini’s Lega won 28 seats, up from only five in 2014. On the other hand, while Marine Le Pen’s Rassemblement National’s (RN) narrow win over Macron’s grouping was extensively discussed in the media, the RN indeed lost two seats compared to 2014.

As stated above, not much is definite about the formation of parliamentary groups and the decision on political posts. One open issue is particularly the group-formation of far-right populists. Thus far scattered across four groups[5], Salvini proposed to combine their forces under the banner of European Alliance of People and Nations. Having gained support from the RN, Alternative for Germany (AfD), Freedom Party of Austria (FPÖ), and others, the fate of three large far-right populist parties will be important. Yet, both the Brexit Party and the Polish Law and Justice have declined joining Salvini’s group. Crucially, the latter did so due to pro-Russian stances of some of the Alliance’s members, as the RN, AfD, FPÖ and Lega maintain good relations to the Kremlin.[6] The third crucial far-right populist party is the Hungarian Fidesz led by Victor Orbán, currently stuck in limbo due to their suspension from the EPP. If expelled, Orbán announced Fidesz would join a different group, without specifying which one.[7] In general, the influence of populist parties on EU policies will probably be marginal. Even in the extremely unlikely case that all far-right populist parties form a group and – even less likely given their previous voting records and vastly different interests – vote coherently in parliament, they would stand against a largely pro-EU majority of EPP, S&D, Alde and Greens/EFA.[8]

Possible impact on the Eastern Partnership

What these elections may mean for the Eastern Partnership (EaP) and especially Georgia is even more difficult to discern. Most likely, these elections will have little direct policy impact on the issue.

Neither the Eastern Partnership nor even enlargement to the Western Balkans were a topic in the election campaigns. Clearly, Georgia’s aspiration to eventually join the European Union will be significantly impacted by the current enlargement process. It is rather unthinkable that any significant steps to include Georgia will be taken before the Western Balkans are EU members. Yet, parties largely circumvented the topic in their campaigns, either due to its unattractiveness to voters or because they avoided playing into the hands of some far-right populists[9]. While the parliament will be more diverse after the decline of the EPP and S&D, this is unlikely to significantly affect enlargement processes given that “[…] there is a general lack of enthusiasm towards enlargement across the political groupings”[10]. Rather, opinions are geared towards deepening the level of integration before widening participation.

Crucially, foreign affairs, including the EaP and enlargement, are mostly within the competences of the European Council rather than the Parliament. Thus, while for instance left- and right-wing populists broadly agree on a more lenient behaviour towards Russia, this is unlikely to have a direct significant impact on e.g. the EU sanctions regime consideringthat this is mostly decided in the Council.

However, one area where the Parliament does have co-legislating influence are decisions on the next Multiannual Financial Framework 2021 – 2027. This is vital especially in the light of the Commission’s proposal for a single instrument for foreign policy spending under the umbrella of the Neighbourhood, Development and International Cooperation Instrument. On 27 March 2019, the Parliament adopted its position, calling for increased funding, a greater role for the parliament, the suspension of assistance in cases of human rights violations as well as a larger focus on climate change and gender dimensions. However, the vote passed with only 63%, which is considerably lower than the average vote on Foreign and Security, normally around 80%.[11] This was mostly due to some incohesion within the EPP as well as noticeably the collective abstention by the Greens. The latter, as the GUE/NGL group, did not support the report because of development issues rather than criticizing the neighbourhood component of the instrument.[12] At the same time, the debate indicated some scepticism regarding neighbourhood funding on the side of some EPP MEPs, fearing its undermining, whilst others highlighted the guarantee of neighbourhood policies in the treaties as well as the proposed funding increase.[13] Overarchingly, the changed set-up of the parliament after the elections are unlikely to change majority formations on this particular issue considering that all MEPs of the now strengthened ALDE group, together with the vast majority of the S&D and EPP voted for the position, and that the Greens are in principle not opposed to the instrument.

To conclude, while some lessons can be drawn, for instance the end of the ‘great coalition’ of EPP and S&D, impacts for the EaP and Georgia specifically will likely be marginal. The Eastern Partnership did not feature in campaigns that even neglected the higher profile enlargement process. Considering EU-internal struggles related to Brexit but also the democratic backsliding within the EU, it is unlikely that the parliament will work towards a significant extension of neighbourhood relations. At the same time, a decided push against the EaP is improbable. Mainstream parties generally agree on its importance and populists are both divided on the issue and engage with higher profile policies such as migration. Whether upholding this Status Quo will be enough for the neighbourhood countries remains to be seen.

Laura Gelhaus – GEM-STONES Doctoral Fellow at the University of Warwick and the University of Geneva.
Receives funding from the European Union’s Horizon 2020 research and innovation programme under the Marie Sklodowska-Curie Grant Agreement No 722826.

[3] For the results visit the European Parliament website https://www.election-results.eu/european-results/2019-2024/ as well as the excellent Politico coverage on the issue https://www.politico.eu/2019-european-elections/european-parliament-elections-2019/ [both accessed 09/06/2019].

[9] Not all far-right populists are against enlargement. Some, especially in Central and Eastern Europe (e.g. Fidesz) actively lobby for it.