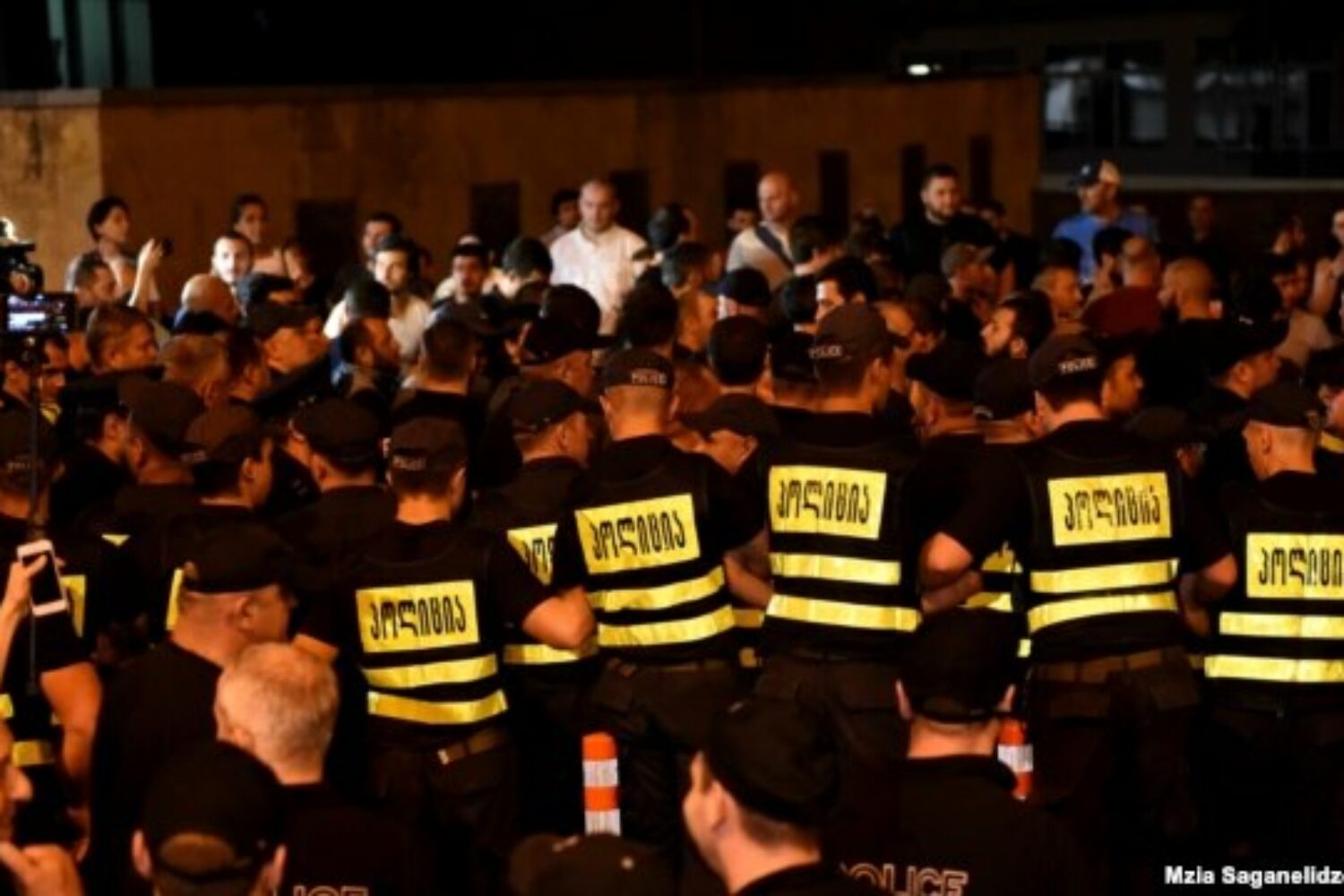 Over the past several years Georgia has witnessed an increase in the public presence of far-right groups both in the media and across the political spectrum. Nativist attitudes, anti-LGBTQ and anti-immigration rhetoric, and direct appeals to the Orthodox church are the main points of convergence for these illiberal actors who range from moderate to extreme. They are also represented in social media outlets and social movements with transforming organizational structures and changing key actors. While the prominent party – Alliance of Patriots of Georgia(APG)—has received fewer votes through the recent parliamentary elections than it did in 2016, and other parties with the similar profile did not enter the new parliament, they remain relevant for the country’s social and political scenes because of their rather indirect influences on Georgian politics.

It is often argued that these groups are largely absent from the official politicsin Georgia. Only the Alliance of Patriots (previously with 6 and currently with 4 acquired parliamentary mandates) has some representation in legislative and executive bodies. As seen during the 2020 parliamentary elections, such actors do not enjoy electoral success despite being widely present across electoral lists.  The reason these far-right groups matter is because they have been affecting political processes via lobbying and influencing policy proposals and legislative amendments. They test the limits of constitutional guarantees on freedom of expression and assembly, and impact public opinion via their increased public presence and intensified online activities.

The Far-Rights Impact on Legislative Changes

In October 2020, the Georgian March began collecting signatures for their new proposal on the restoration of the ethnicity marker on the ID cards. According to them, the proposal is to be processed by The Procedural Committee of the Parliament of Georgia and unanimously accepted for the further procedures. Their argument, that they, “voice the will of Georgians” is often used to legitimize their illiberal actions.

Using the similar legitimizing language, one prominent example of the changes these groups have been able to achieve over the past years is the amendment to Article 30 – “Rights to Marriage,” which specifies the family as a union of man and woman. The amendment was lobbied for by the founding members of Georgian March and other far-right movements and individuals. The same group later demanded complete and unconditional prohibition on the sale of Georgian land to foreign citizens in the name of, “the Georgian people.” While parliament did not confirm a complete prohibition, it still specified a need for land to have a special status within Article 19—Rights to Property in order to be sold. The Alliance of Patriots of Georgia (APG), as a parliamentary party, supported this proposal establishing a precedent for increasingly coercive political appeals and strengthening the confidence of these actors.

It is noteworthy that these groups, especially Georgian March, mark such developments proudly in their legitimization and attempt to further penetrate the Georgian political scene. After the three years of acting as a social movement it has transformed into a political party, “Georgian March-National Movement”. Even though the party did not collect a considerable number of electoral votes in their first elections, its organizational form and influence on political agenda in the country remains fluid. It is worth remembering that APG managed to achieve electoral success in 2016 only after three years of public activity.

Freedom of Expression and Assembly Under Threat

Besides influencing legislative developments, far-right actors have also impacted policy decisions related to freedom of expression and assembly. In 2019 the Ministry of Internal Affairs recommended, via the Public Defender, that the organizers of Tbilisi Pride  not hold their annual demonstration. This was following verbal threats and statements by various illiberal groups promising counter-demonstrations. This effectively resulted in the deprivation of the constitutional right of freedom of assembly for many citizens.

A similar progression of events took place in the case of the drug-reform demonstrations known as the, “White Noise Movement”. Police, once again citing security concerns, broke up the demonstration claiming that they would be unable to control far-right counterdemonstrators. The situation has raised concerns about alleged collaboration between the government and these groups. It is worth noting that one of the ways of diffusing the far-right populist discourse is related to its insertion into the mainstream politics, hazards of which are noticeable in Georgia. The permissive attitude of the ruling party towards illiberal groups, especially against the background of legislation which provides protection to public assembly, is disturbing and demonstrates the expanded influence of these illiberal groups.

A Trend to Persist?

Illiberal groups were plainly visible during the 2020 parliamentary elections with at least 10 parties with right-wing agendas participating. Recent amendments to the electoral law which lowered the electoral threshold for parties has been positively received in terms of the diverse and multiparty government, so essentially needed for solidifying Georgian democracy. At the same time, the new regulations have encouraged some illiberal groups to participate in the political process. Together with the transformed Georgian March, there were several other parties appealing to the National-Liberation movement and to its leader Zviad Gamsakhurdia from the 1990s. While these parties did not garner much support, with only APG earning enough votes for a mandate, it is worth noting that the supply side of far-right is steadily increasing across the country.

Even if these illiberal groups have limited direct representation in legislative and executive bodies of the state, they have been affecting policy decisions and legislative amendments at multiple instances during the past years. Disregarding seemingly unimportant actors, such as media outlets or social movements could lead to overlooking the societal and political influences that illiberal actors manage to garner in Georgia. Against a background of democratization and democratic consolidation, these developments are particularly troublesome for a liberal-democracy trying to solidify its values in the country. While it is now the matter of speculation whether the direct representation on governing platforms of such groups will increase, it remains fairly evident that this is not the only way through which they are able to influence Georgian politics nowadays.