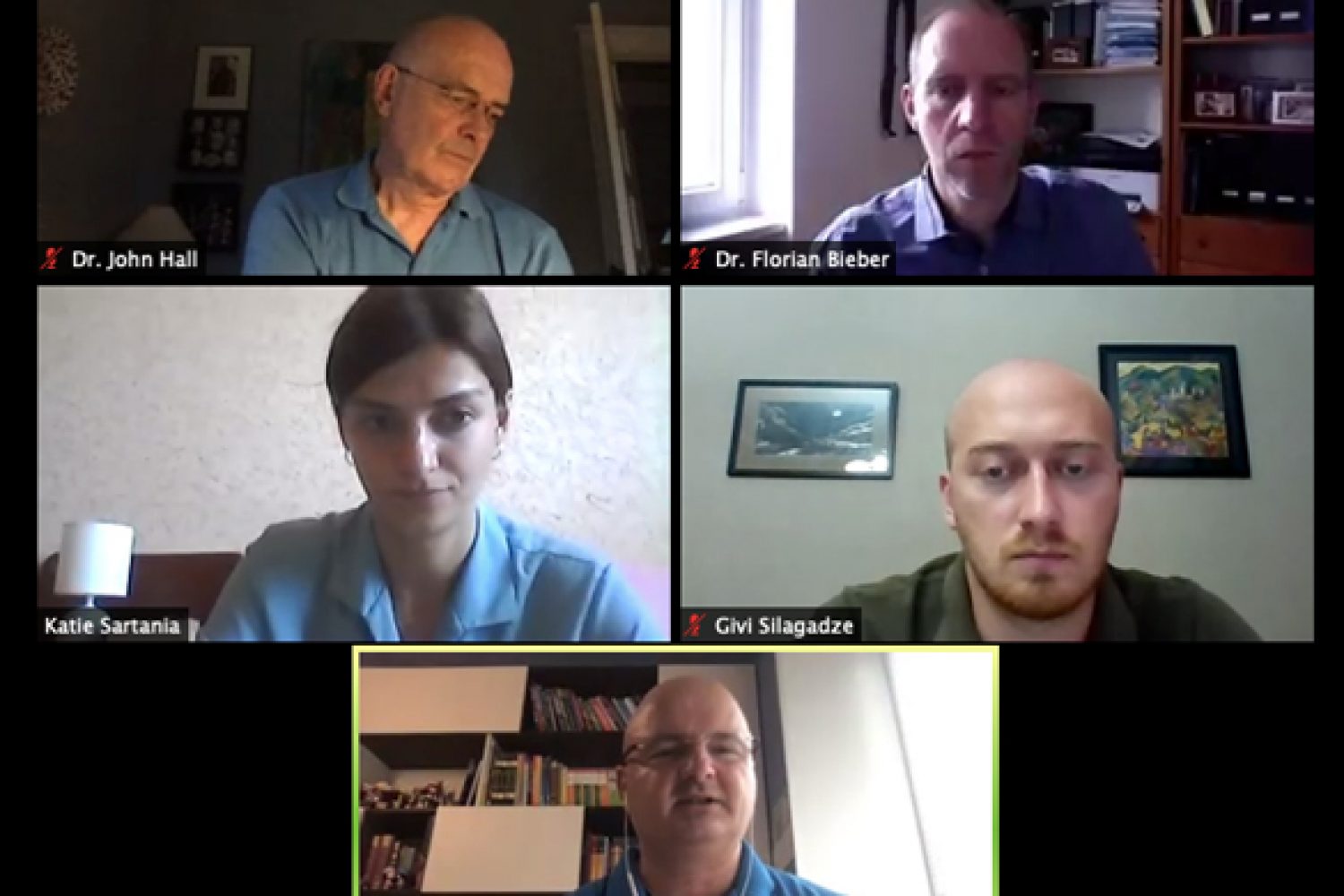 On June 24, 2020, within the framework of the public discussion series “Analysing Illiberal Tendencies in Georgia”, Georgian Institute of Politics (GIP) held the second online event “Does being nationalist mean being Eurosceptic?”.

The discussion series, which is financially supported by the Open Society Georgian Foundation (OSGF), aims at revealing the factors causing the emergence of far-right radicalization in Georgia.

The goal of the discussion was to identify whether the far-right narratives in Georgia necessarily contain anti-European elements and if so, to what extent. Questions were raised regarding the linkages between Euroscepticism and the pro-Russian attitudes of far-right nationalist actors. Speakers presented not only their analysis based on theoretical and empirical observations but also critically assessed the practices of Georgian nationalist political parties and far-right groups as well as addressed the issues of far-right positioning all over Europe. 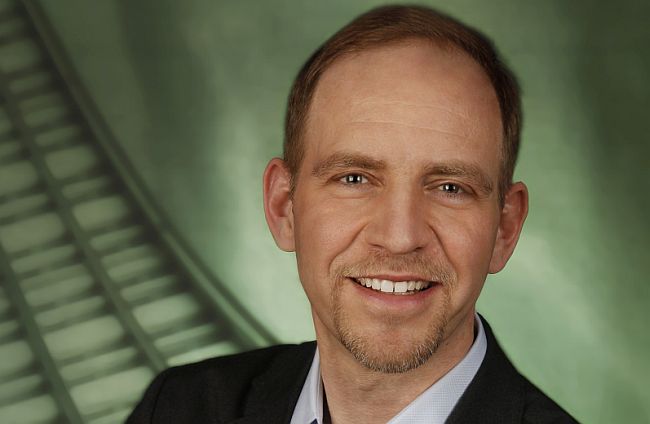 The event had two key-notes speakers. The first key-note speech was delivered by Dr. Florian Bieber, a Professor in South East European History and Politics and director of the Center for South-East European Studies at the University of Graz. Dr. Bieber coordinates the Balkans in Europe Policy Advisory Group. His research interests include inter-ethnic relations, ethnic conflict, and nationalism, focusing on Southeastern Europe. Prof. Bieber discussed whether far-right nationalism drives Euroscepticism in general. He also addressed the issue of how nationalist, populist and far-right parties view the EU and what key Eurosceptic themes and myths they promote.

According to Prof. Bieber, there is a noticeable increase in the number of parties supporting border control and free movement in Europe. Such parties, who might be called Euro-fascist parties, exist within the EU. Throughout the past 10 years, the number of ultra-nationalist MPs in the European Parliament more than doubled. However, Prof. Bieber, hereby, stressed that these ultra-nationalist parties are not stable and cannot replace mainstream parties. In response to the question of whether we can name them as anti-European parties, he said that they might be called Eurosceptic only. Although, he called for distinguishing between skepticism towards Europe in general and skepticism towards the EU, which are two different things. He noted that in recent years, there is a tendency that ultra-nationalist parties support the EU. In this, he meant that the named parties do not support the repetition of the Brexit scenario, since they saw how negatively it has affected the UK. Besides, these far-right nationalist parties benefit from the EU funds. Thus, these parties are rather fighting for a different Europe. They have a different understanding of the EU as well. He clarified that these parties do not see an enemy in the neighboring EU member states. But, see the threat coming from the migrants, Islam and non-EU states. 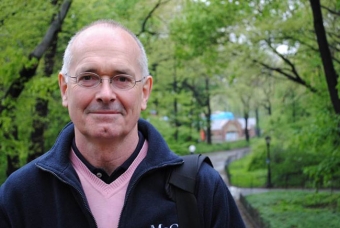 The second key-note speech was delivered by Dr. John A. Hall,  a Professor of Comparative Historical Sociology at McGill University, Montreal. He is the author or editor of over 20 books. His research area is nations, states and empires, nationalism, and war, the economic consequences of the size of nations, sociological theory. Drawing particular attention to the reasons leading societies to Euroscepticism, Prof. Hall provided an overview of the practices of different states in these regards. Moreover, he talked about whether far-right nationalism could escalate and turn into a violent action.

In this speech, Professor Hall argued that nationalism does not mean Euroscepticism. He brought an example of Denmark and its debates about how much the country desired to join the European Monetary Union. Both sides of the debate – supporters and opponents – were nationalists. One of the arguments of the supporters was that joining the Monetary Union would have been beneficial for the welfare of the state. Prof. Hall also addressed the issue of dual identities and clarified that many people in the EU have dual identities – European on the one hand and national on the other hand. 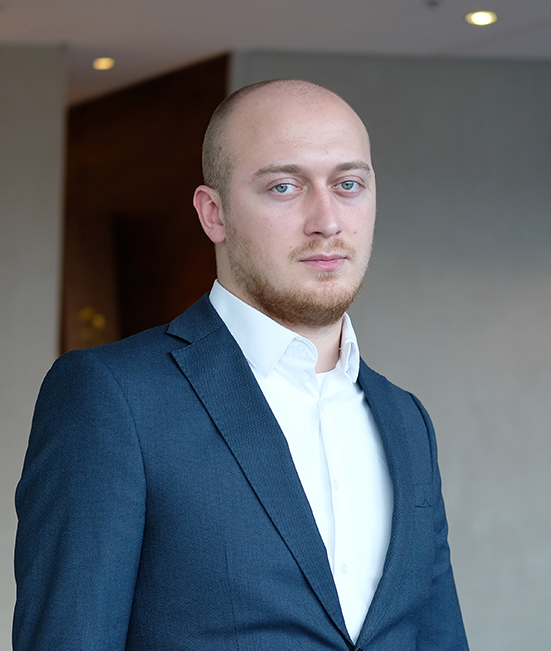 Givi Silagadze shifted the focus of the discussion from nationalism towards populism as his research revolves around this phenomenon. He underlined that the notion of populism in Georgian political context differs from its academic usage. Givi Silagadze drew special attention towards nationalist and more radical nativist populism and assessed Georgian political actors from that perspective. He pointed out that the aforementioned actors use the notion of people with two different meanings: firstly, as an oppressed, disfranchised group who has a moral advantage and secondly, people as an ethno-cultural and religious unity. Givi Silagadze also talked about soft and hard Euroscepticism in Georgian context. Hard Euroscepticism is openly opposed to the country’s European integration, while soft Euroscepticism does not openly express the opposition towards the EU integration but is against certain EU policies or considers the EU integration non-compatible with Georgia’s national interests. As a conclusion, Givi Silagadze pointed out that populism in Georgia does not automatically mean Euroscepticism or vice versa. However, nativist populism in Georgia is characterized with Euroscepticism and anti-liberalism. 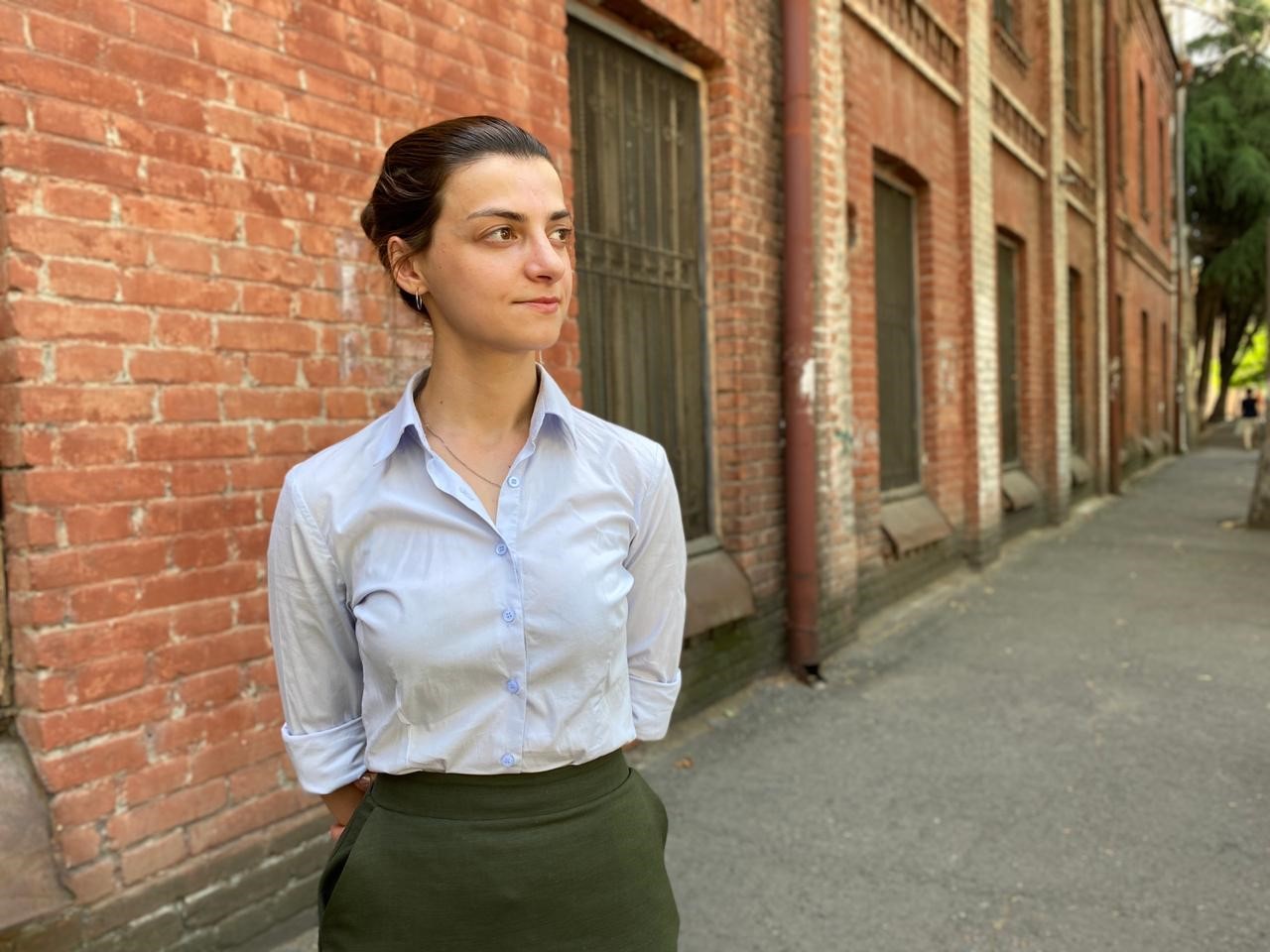 The last speaker  Keti Sartania – freelance researcher – based her presentation on the research paper “Ultranationalist Narrative of Online Groups in Georgia”, which she has co-authored with Aleksandre Tsurkava. Her speech focused on ultra-nationalist groups in Georgia and the phenomenon of Euroscepticism in their narratives.

Based on her research, Keti Sartania discussed ultra-nationalist narratives in the Georgian social media, particularly on Facebook. The research analyzed more than 20,000 Facebook posts. An important finding of the research is that different groups discussed thematically similar topics and one of them was Europe in general. Those groups use two different definitions of Europe. The first one is related to the EU and Georgia’s policy towards it, more specifically minority rights, non-governmental organizations, activists, migrants, and liberal media. The second definition is related to Europe as a Christian civilization and in this regard, the discourse of the aforementioned groups have anti-islamist nature. Keti Sartania pointed out that three European countries – France, Italy, and Hungary – are especially interesting for the Georgian ultra-nationalist groups. However, she also mentioned that Trump’s politics are more important for these groups than that of the EU’s and this might be one of the reasons for their Euroscepticism. Keti Sartania underlined that the ultra-nationalist groups moved to the social network channels more actively from 2010 as they could not find their place in the Georgian liberal media and they created an alternative space for themselves. She also pointed out that the war in 2008 immensely influenced the emergence of a new type of nationalism in Georgia. Keti Sartania also discussed the difference between nationalist and civil Euroscepticism.

The Q&A session revolved around Euroscepticism and anti-liberal tendencies, social roots of political parties in Central and Eastern Europe as well as in Georgia, the definition of nationalism, and dynamics of nationalist narratives amid Covid-19. 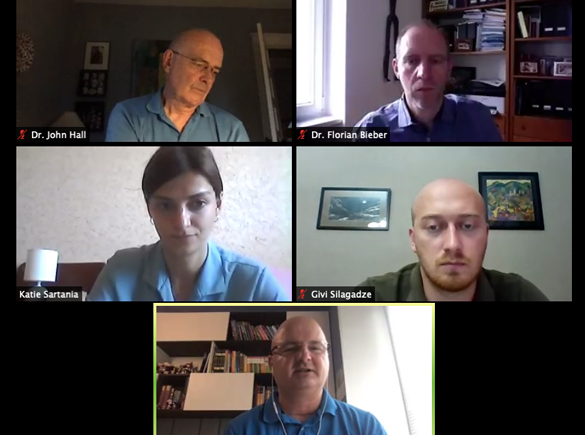 To address these questions, Prof. Bieber pointed out that the EU integration for Caucasus and Balkan countries is the guarantor of sovereignty. He also highlighted that the spread of Covid-19 clearly showed how Europe would look like without the EU and he assumed that the citizens of the EU would not like that. Prof. Hall drew his attention towards the definition of nationalism and pointed out that one should use the definition as well as the notion of illiberalism carefully. Givi Silagadze mentioned that nativist populists construct the notion of people on the basis of common ethno-cultural identity. He also underlined that it is difficult to differentiate between critique and Euroscepticism. Keti Sartania added that nationalism and Euroscepticism are challenging terms as ongoing processes in the country, in the region, and at the international level continuously changes the understanding of those terms.

Overall, the event was successful and received positive feedback from the participants. Up to 60 people attended the event. Public discussion was conducted on both Georgian and English languages.

Click here to watch the recorded webinar in Georgian >>

Click here to watch the recorded webinar in English >>