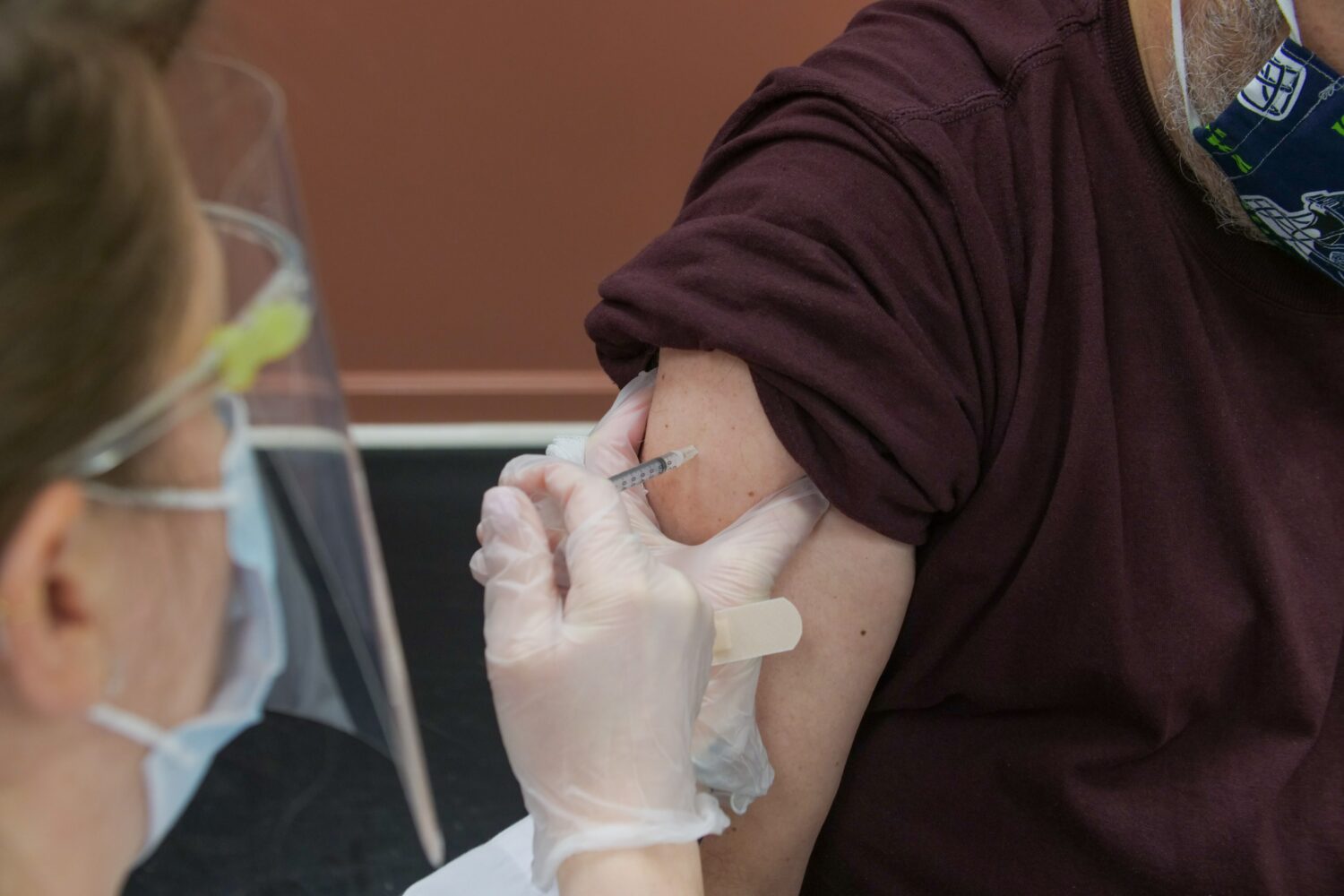 Just a couple of days ago, the Minister of Health of Georgia remarked that the anti-vaxxer campaign had been defeated and that there was a considerable increase in the demand for vaccines. The latter might be indeed the case, if one takes into consideration how fast most of the available spots  for the Chinese-produced vaccine were booked once this became available for everyone above 18 years old. Since the very start of vaccination programme against COVID-19 in Georgia, the number of citizens who have received at least one dose of the vaccine stands at around 71 570, with an average of 2500-3000 shots being administered daily. Yet, this is still less than what is needed for the Georgian government’s mass immunization plan. In comparison,  Estonia with a population of little more than 1 million, administered 12,919 doses of vaccine in a single day.

As of writing, on the special website launched by the Georgian authorities to keep track of all those willing to get vaccinated, only around 86 000 people ( 2% of the population) are registered. An opinion poll found that Georgia, with only 48% of population willing to get a jab, stands considerably low on the global scale. The NDI opinion poll from February 2021 shows that 53% of respondents said they would not want to be vaccinated and the reason provided by the significant majority of them was that they did not trust the quality of the vaccine. Although the recent Gallup poll paints a more optimistic picture – 56% of Georgians willing to take a COVID-19 vaccine – these numbers are still quite significant and perhaps the reasons are more political than it might seem at first glance.

When examining anti-vaxxer campaigns in Georgia, whether in the traditional or the social media, the focus of most reports produced so far has been on its connection with anti-Western propaganda coming from Russian sources. IDFI in 2020 published a report summarizing the connections between some media outlets and the so-called “firehose of falsehood” coming from Russia aimed against the United States, the European Union or Bill Gates. The usual target of anti-vaxxer propaganda in Georgia is the Lugar Research Center, 5G internet being blamed for COVID-19,  or Bill Gates who allegedly wants to insert microchip into everyone through the vaccination. The main focus of anti-vaccination disinformation campaigns has been to discredit western pharmaceutical companies working on vaccines as well as the World Health Organization.

However, while such disinformation campaigns have their own audience and outreach, this is not enough to explain why scepticism towards vaccine is so high in Georgia. Reasons for such low trust in vaccines, and in the immunization process in general, should perhaps be sought elsewhere rather than just anti-vaxxer propaganda and fake news. A CRRC survey from January 2021 points to a visible connection between partisanship and openness to getting the jab. According to the same study, 27% was the number among Georgian Dream supporters who said they wouldn’t get vaccinated, in comparison to 41% for the supporters of opposition parties and 46% of nonpartisans were against receiving the dose. The division along party lines becomes even more apparent when trust in the vaccine is analyzed. Among the supporters of opposition parties those who do not trust is 72%in comparison to 38% of Georgian Dream supporters who say they do not trust vaccines.

The roots of scepticism

These numbers indicate that anti-vaxxer sentiments in the Georgian context are a little more complicated, and the Russian misinformation campaign is limited to a very specific audience. The political context and partisan divide could better explain why the Georgian score is so high on scepticism towards vaccines.  The roots of distrust could be traced to what Lincoln Mitchell has called “extreme partisanship where political questions, and indeed perceptions of political reality, are filtered through partisan sentiments, but where the substantive issues dividing the parties are not all that significant.” Or to put it differently, while an absolute majority of political parties and actors agree on the benefits and need of vaccination, the partisan bias has been visible in the way that the private media has been handling the pandemic from the very start.

For example, already in the spring of 2020 one of the main oppositional TV channel in Georgia staged a so-called experiment to prove that facemasks produced in Georgia did not protect against COVID-19. Similarly, while the opposition was pressuring the government  about importing vaccines, it was, at the same time,  vowing to oppose vaccine produced in China (which is at the moment is the only one available for  mass immunization). On the other hand, the performance of the Georgian authorities responsible for the immunization program does not help to increase trust in vaccines either. Firstly, there was ambiguity on whether the Georgian Minister of Health was going to be among the first ones to get vaccinated, then came the death of a nurse after a vaccine shot, which according to the Prosecutor’s office  is attributed to the negligence from the doctors’ side. Additionally, a timely information campaign and incentives for those willing to get vaccinated are still lacking.

In summary, distrust is more towards the Georgian authorities and the political party in charge, rather than in vaccination in general and even “anti-vaxxers” might not be the proper term to describe most of the people scepticism about getting a jab.

Is there a way out?

It is vital to address the misinformation campaign that is actively spread in social media channels and usually associated with platforms sharing pro-Kremlin sentiments. Myth Detector, Factcheck and other similar portals in Georgia actively work in this direction. However, what opinion polls suggest is that the problem is more substantial and that the partisan divide plays a role in whether somebody is willing to get a jab or not. Root causes of the distrust are more homegrown and interlinked with  extreme partisanship.

The recent surge in demand for Chinese-produced vaccine might go against the argument put forward so far. However, the picture is more complex and those who were able to register are from the big urban centers, with demand in rural areas being low.

Political actors and public figures from all sides in Georgia need to act more responsibly on politization of healthcare and refrain from exploiting the vaccination process for short-term political gains. Even though most Georgian opposition parties do not engage in anti-vaxxer campaigns, partisan bias still spills over. Thus, perhaps more active engagement in mass popularization of immunization, not only from the ruling party but also the opposition actors and media channels, as well as from the Georgian Orthodox Church, is needed to address such high levels of scepticism towards vaccines in Georgia.

[1]  Junior Policy Analyst at the Georgian Institute of Politics

Photo by Steven Cornfield on Unsplash