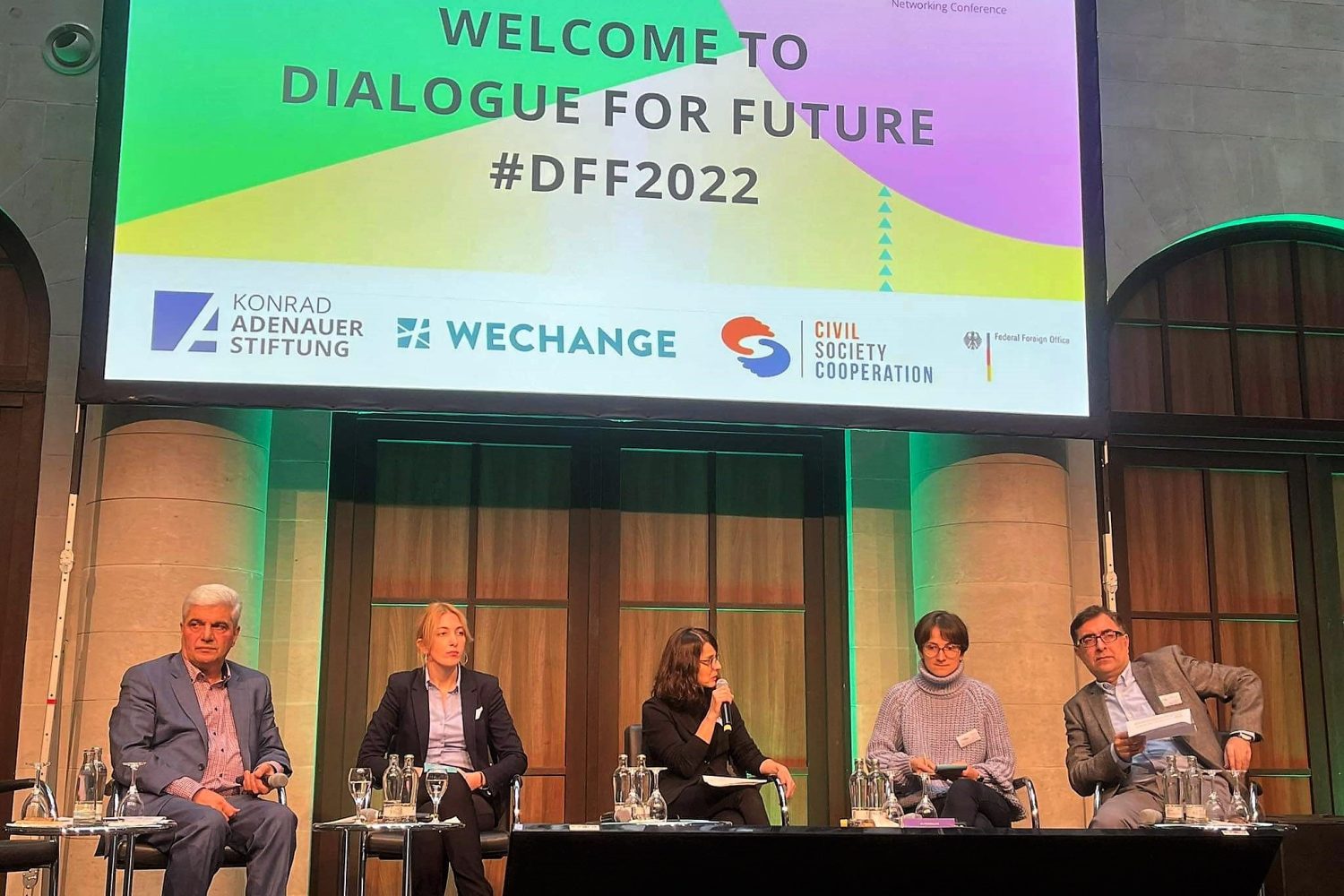 Between November 28-29, representatives of the Georgian Institute of Politics – Salome Kandelaki participated in the WECHANGE annual networking conference “Dialogue for Future 2022″ on “Building resilient civil societies and defending democracies in the EU and its Eastern neighborhood”. The conference was supported by the German Federal Foreign Office and took place in Berlin. Salome Kandelaki was one of the speakers of the panel discussion about “Developing resilience against hostile disinformation, societal polarization and harmful radicalization.”

This year 110 civil society actors from countries of the Eastern Partnership and the Weimar Triangle took part in the conference. The civil society representatives from the different countries discussed the current challenges and approaches for better resilience of civil society in the areas of crisis management, communication, and IT security. The conference focused on the exchange of democratic values and freedoms as well as on free media and the fight against propaganda. At the conference, experts also addressed the global security situation and talked about how the current wars, crises, and conflicts in Ukraine and the Eastern European countries will affect liberal democracy and the global security order.