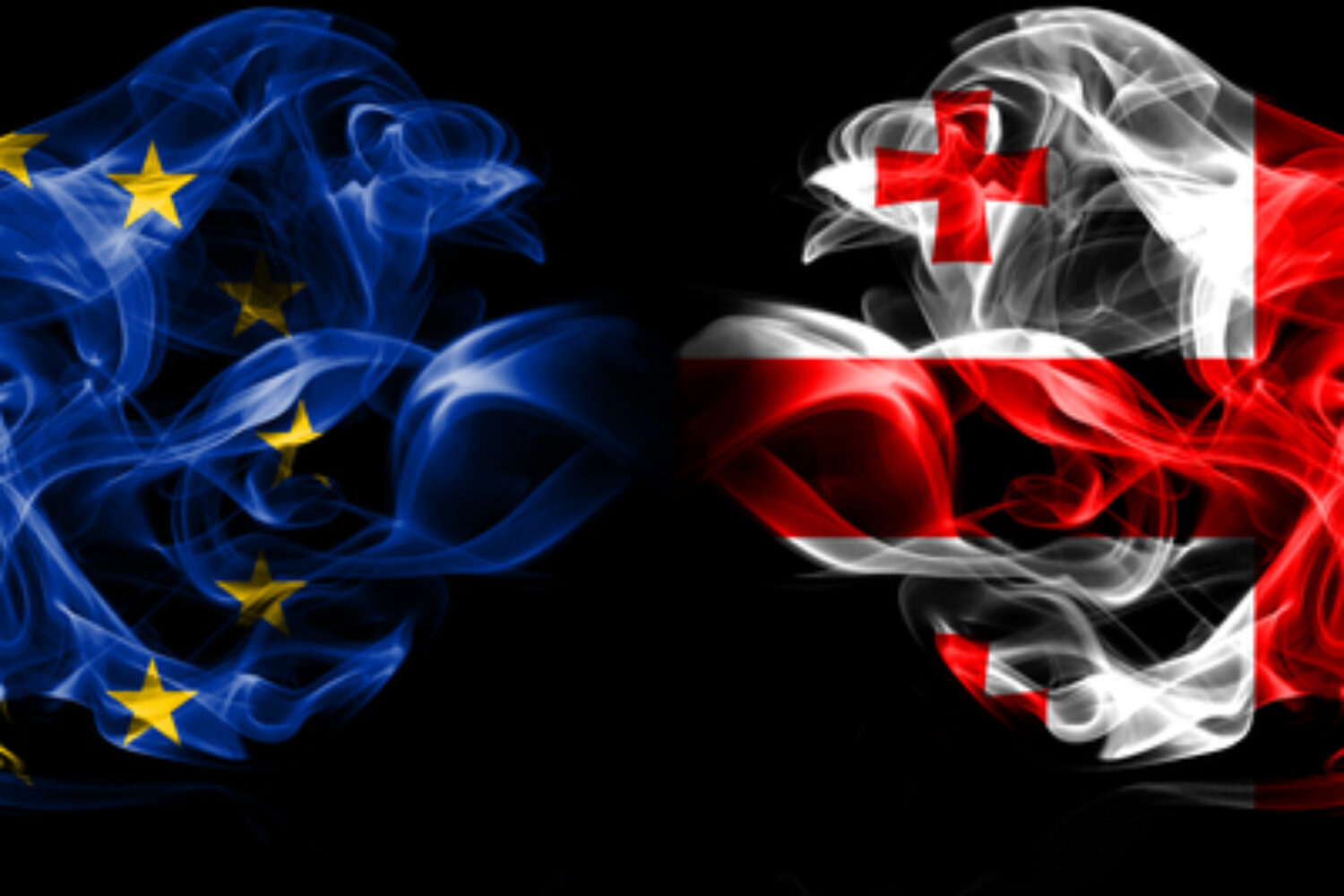 It was preceded by another disappointing decision of the ruling Georgian Dream (GD) party to withdraw from the EU-mediated agreement between the government and the opposition signed in April amid government fears of having to hold snap parliamentary elections if the GD did not receive 43% of the vote in the upcoming municipal elections slated for October 2, stipulated by the same agreement.

The MFA was at the time linked to the implementation of the EU-mediated agreement. Following the Georgian government’s announcement that it would not be taking the second tranche – ostensibly because the country is ‘in a period of decreasing state debt’, as PM Garibashvili put it – the EU swiftly followed with a statement that Georgia would anyway not have qualified to receive the funds due to failed commitments in reforming the judiciary.

While Georgia is not on the top of the EU’s geopolitical agenda, Tbilisi’s democratic success still has a significant symbolic meaning for the Union. Georgia used to be the poster child of the European Neighbourhood Policy and Eastern Partnership, and proof that the EU indeed wields transformative power beyond its borders. From this perspective, the democratic backsliding in Tbilisi will deal another blow to the already struggling credibility of the EU as a good crisis manager and a source of inspiration for its neighbourhood countries. This is also why the Union has been heavily involved in Georgia’s reform process but has found it very hard to lure Georgia’s stubborn political parties into the inclusive democratic process.

In Georgia, history repeats itself

2021 has been a game-changer for Georgia’s ruling party. Since its ascent to power in 2012, the Georgian Dream party has always managed to strike a difficult balance between the party’s major domestic interest of remaining in power and country’s European aspirations – and it has worked well for the party for some time. The EU reluctantly accepted the GD’s somewhat slower pace of political reforms and the GD remained at least selectively committed to the EU-induced reform agenda. This is no longer the case. Georgia’s ruling party seems to have fully switched into regime survival mode and, in doing so, it seems to be ready to abandon its strategy of clever balancing which could compromise the country’s Euro-Atlantic and democratic future.

This is not the first time the incumbent regimes in Georgia find themselves stuck in a similar political limbo. The previous government of the United National Movement (UNM) also tried to salvage their power in 2012. They even changed the constitution to make it possible for then-president of Georgia Mikhail Saakashvili to become prime minister after he reached his two-term presidency limit and elections under UNM’s rule were anything but uncontested. In the end, however, the UNM bowed to Western pressure and public discontent and accepted the loss of the crucial 2012 elections without much fuss. It is unclear how the GD would react if faced with a similar situation.

The reluctance of ruling parties in Georgia to give up their power through elections is embedded in the country’s radicalized political culture, which promotes a winner-take-all mentality and zero-sum games between government and opposition. Historically, following political transition in Georgia, many representatives of the incumbent regime end up in jail after they leave power, and every power change is followed by a political vendetta against the old regime. To break this cycle, a more consensus oriented political system is required which will motivate political parties to build coalition governments and share power.

Why is the EU’s involvement not taken seriously?

While it is up to Georgians to fix their shaking democracy, there is a lot the West can do to stabilize Georgia’s democratic drive. Over the past 30 years, the EU and the US have been heavily involved in the process of democratic reforms in Georgia including the recent political dialogue between government and opposition mediated at the highest level personally by President of European Council Charles Michell. However, the EU’s credibility has been questioned by the fact that neither ruling party nor the largest opposition party of Georgia took the EU mediation seriously. The former, withdrew from the EU-mediated agreement when commitments taken within it became politically too costly. The latter only signed it after the ruling party’s withdrawal, probably as an attempt to gain moral high ground in the eyes of the EU compared to the ruling party. It seems that unless the EU shows some teeth, political parties in Georgia will not listen.

In reality, the EU has a lot of political and economic leverage in Georgia which can be used against political actors in the country who violate basic liberal-democratic values. It is ultimately up to Brussel’s decisiveness how far it is willing to go to make the Georgian authorities comply with democratic standards. However, there is only so much the EU can do to support democratic reforms in Georgia. It is the Georgian population and Georgian public who have the last word in defining the political direction of the country. External involvement, even pressure, cannot substitute for domestic pull. Political conditionality only works if it is positively embraced by local actors.

How can Georgia’s democratic consolidation best be supported?

While the recent political setback between the EU and Georgia was triggered by the GD’s latest controversial step, Georgia’s political system has more deeply rooted deficiencies which need systemic treatment. Next to key institutional reforms, including in the judiciary and electoral code, the key to success is for political parties to amend their narrow, self-interest-based worldview and embrace a multiparty governance model. To reach a sustainable political system, Georgia needs a coalition government and a more consensus-oriented political class. The introduction of coalition politics would enable stability, curb the authoritarian tendencies of individual party leaders, and end the tradition of the dominant party system and one-party rule.

The EU is well-equipped to use both the stick and the carrot with the Georgian government, and, to a lesser extent, with the opposition to make them comply with the EU-proposed reform agenda within the April agreement and beyond. While the main target of the EU’s conditionality should remain the government, the EU should also clearly communicate with opposition parties that radicalization and polarization will not benefit Georgian democracy or stability, neither will it help to advance Georgia’s European integration. Opposition parties should position themselves as mature and responsible actors who are ready to take on political accountability if they come to power. This will also give more assurance to the GD that losing the elections will not equate to the evaporation of their political status and physical survival.

Kornely Kakachia is director of the Georgian Institute of Politics and professor of political science at Ivane javakishvili Tbilisi State University.

Bidzina Lebanidze is a senior analyst at the Georgian Institute of Politics and a post-doctoral research fellow at the University of Jena.