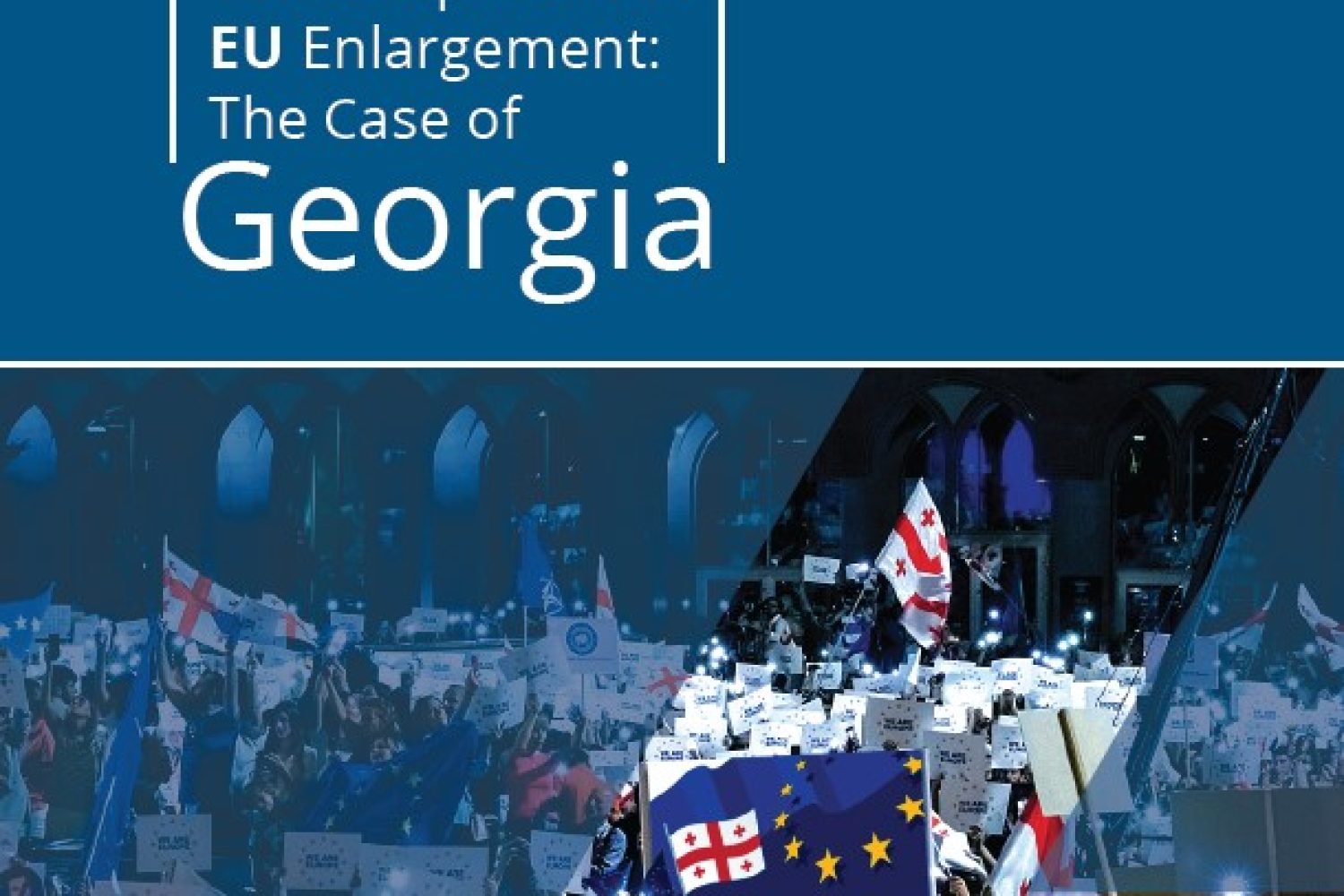 Russian aggression against Ukraine has been linked to the geopolitical awakening of the European Union. The decision to grant Ukraine and Moldova candidate status, and Georgia European perspective, ranks probably as the most geopolitical of decisions that the EU has taken in response to Putin’s war. In a rare congruence of interests Georgia`s long standing wish to join the EU received a boost from the EU’s need to deter the Russian threat to the neighborhood and to European security more broadly. This policy paper addresses the question of how both sides can make the best of this unique moment and provides an analysis of the current challenges to both the EU and Georgia and recommendations to address them. The paper argues that enlargement is a unique instrument which still gives the EU a comparative advantage amid intensified geopolitical competition over the EU’s eastern neighborhood. History knows no other expanding polity which has states lining up and asking to be admitted. Using the example of Georgia, this paper addresses the principal policy challenge: how can the EU leverage enlargement for its own geopolitical gain without compromising its core principles and the transformative agenda for the candidate states? The proposed answer lies in the pursuit of normative geopolitics, which combines hard and soft power, interests with norms and values.