Online-seminar: How do the narratives of far-right nationalists and religious conservatives coincide in the Eastern and Western Europe? 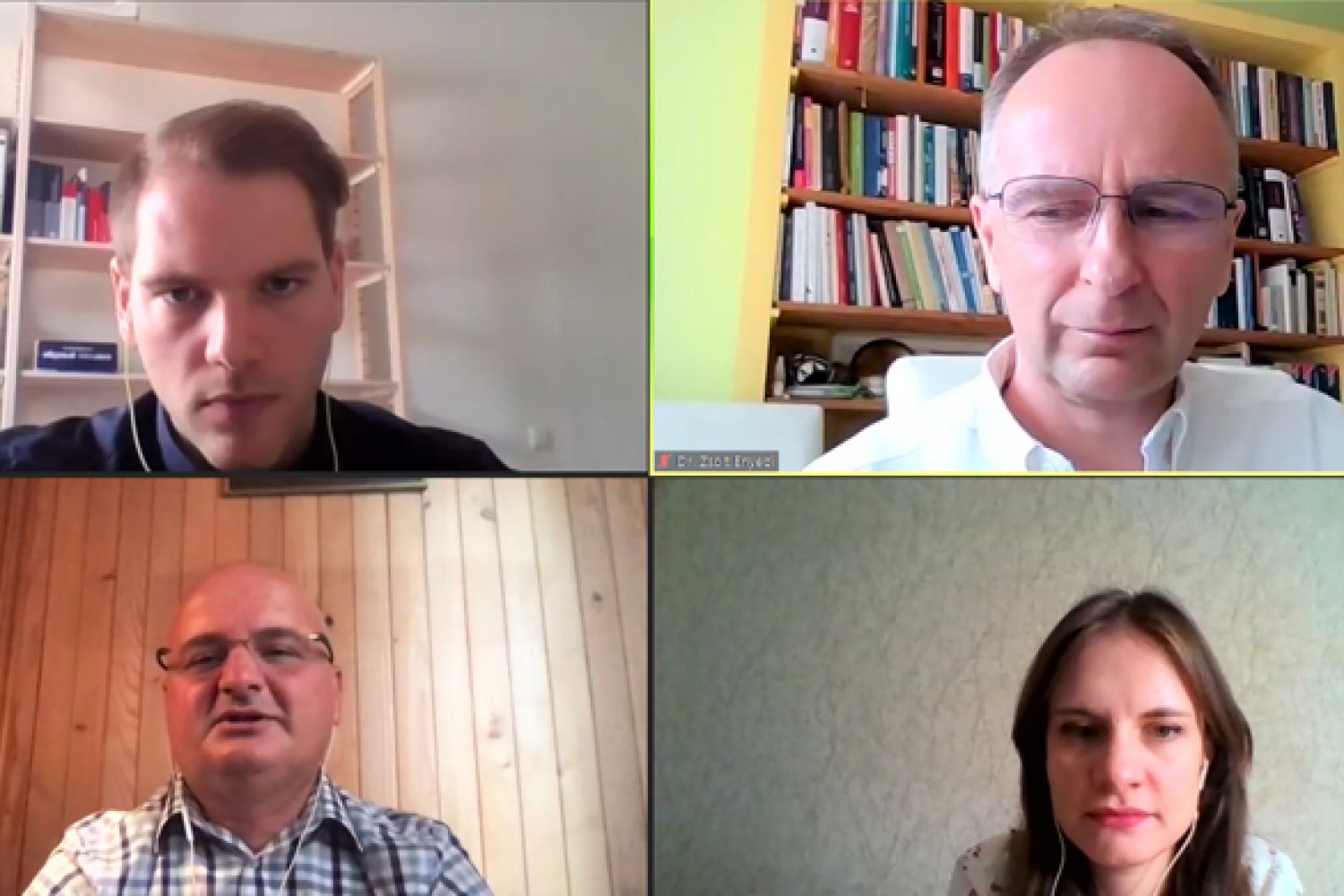 On July 22, 2020, the Georgian Institute of Politics (GIP) hosted the 3rd online-seminar of the public discussion series “Analysing Illiberal Tendencies in Georgia”. The seminar revolved around the question of How do the narratives of far-right nationalists and religious conservatives coincide in the Eastern and Western Europe?

The discussion series “Analysing Illiberal Tendencies in Georgia”, which is financially supported by the Open Society Georgian Foundation (OSGF), aims at revealing the factors causing the emergence of far-right radicalization in Georgia. This time, the panelists discussed far-right nationalism from the angle of religious conservatism. The discussion covered the following questions: How the narratives of far-right nationalists and religious conservative groups in Georgia coincide with each other? Are religious feelings utilized by the far-right groups to legitimize themselves and gain authority in the eyes of the Georgian society?

The discussion was moderated by Prof. Kornely Kakachia, Director of GIP. 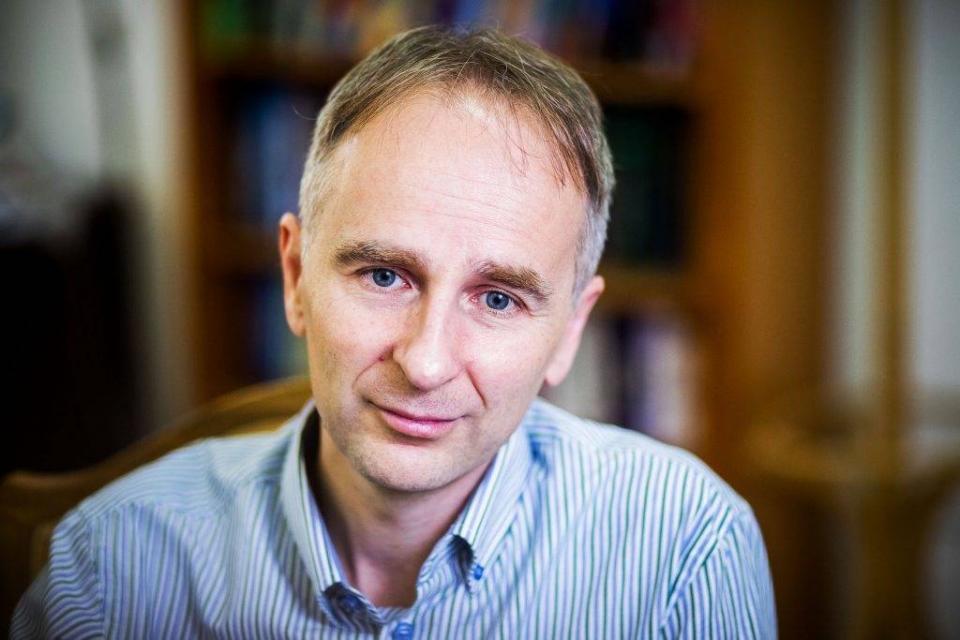 The first international key-note speaker of the panel was Prof. Zsolt Enyedi, Pro-Rector for Hungarian Affairs, Central European University (CEU). His research interests include party politics, comparative government, church and state relations, and political psychology (especially authoritarianism, prejudices and political tolerance). Prof. Enyedi discussed various ways of studying the relationship between religion and nationalism. In particular, to what extent and how religious conservatism is linked to the contemporary narratives of the right-wing groups in Western Europe?

At the beginning of his presentation, Prof. Enyedi pointed out that within the different historical contexts the god and the nation represented distinctive dimensions instead of being one unity. As an example, he mentioned the Catholic Church’s resistance in the process of strengthening the radical right. Nationalist narrative is very specific, while the religious one is universal. Professor Enyedi compared the structures of the Catholic and the Orthodox churches and highlighted that the Catholic Church is more centralized, while the Orthodox Church mostly stays in the framework of ethnicity and state and, therefore, it expresses less resistance towards nationalism. The role of religion in Europe declined in the 20th century to the extent that some people even thought of the role of the church as completely irrelevant. However, some factors still exist nowadays that make church politically still very important. For example, after the end of the Communist regime, religion saw its revival in Eastern Europe and even seemed to overshadow national movements.

In most European countries far-right parties try to portray representatives of other religions as enemies and they also often see religion as one of the categories of self-identification. Ironically, churches and religious people in the West do not support far-right parties. Some branches of the far-right in the Western Europe are not religious and they consider that religion is not important. Far-right contradicts social elites in general, while religious people respect those elites. Paradoxically, some conservative Christians are closer to the Muslim points of views rather than liberal, socialist or far-right. However, religious conservatism and the far-right still share common ideas on several issues. On the one hand, Muslim migrants and the liberals are identified as a common enemy. On the other hand, some Christian-democrats consider populists as the main threat. Therefore, the division exists inside the christian-democratic alliances. The aforementioned ideological battle is very important for illiberalism. In case christian-democrats move towards the center-right on the political spectrum and they isolate themselves from radical attitudes, then the EU will have a chance to become a leading force for liberal democracy. Identification of a whole nation to one specific religious tradition does not contribute to strengthening liberal democracy. Quite a few religious conservatives understand that but when religious conservatism is mixed with authoritarian nationalism and the fundamental principles are no longer perceived as something unquestionable, problems start to show up. The second international speaker of the panel was Jakob Schwoerer, Researcher at the Leuphana University Luneburg. His research interests include radical right populism and religion, role of religion in party communication. Mr. Schwoerer delivered a speech about Western European radical and mainstream right and their references to religious in- and out-groups. He briefly presented the key findings of his paper questioning whether the centre-right adopts anti-Islam and pro-Christian messages.

In his presentation, Mr. Schwoerer mainly focused on the importance of religion for the West European far-right. According to Mr. him, after the events of 9/11, Islam became particularly important for non-nativist  radical right groups. In his empirical research, Mr. Schwoerer, together with his colleagues, looked at how religious dimensions are conveyed in the narratives of political parties during elections. Their research suggests that in the 21st century Islam became one of the most negatively perceived target from the far-right’s perspective. Trends until the years of 2007-10 were quite homogenous, but after 2011 far-right representatives intensively mention Christianity in the positive context. Regarding secularism, in the 21st century the Western far-right parties express secularism as opposed to Islamism. More specifically, pro-secular narratives are represented as being contradictory to anti-Islam narratives and being in harmony with pro-Christian approaces. 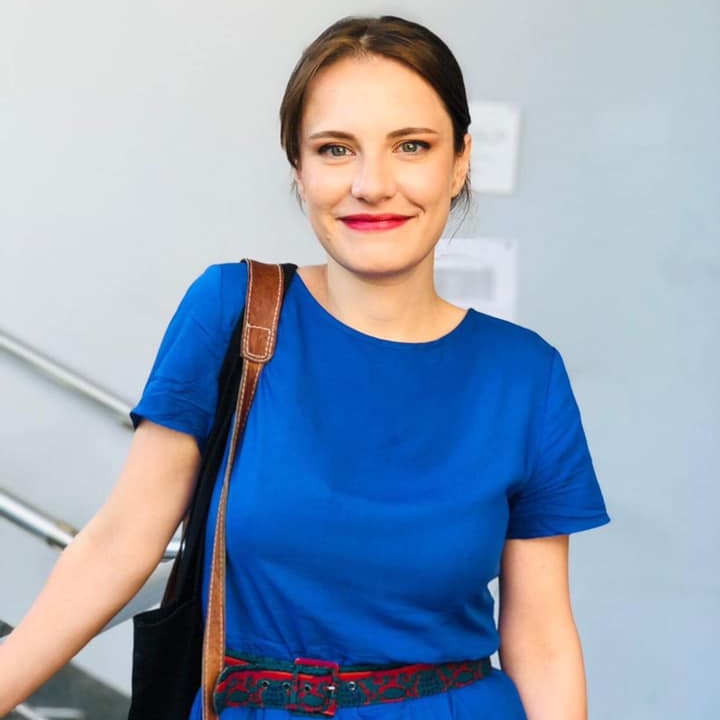 The next panelist and also the first local speaker of the discussion was Eka Chitanava, Director of Tolerance and Diversity Institute (TDI) in Georgia. Religion and democracy as well as minority rights are among her main research interests. Focusing on the local context, Ms. Chitanava provided a broad overview of the relations between nationalism and religion in Georgia. She also reflected on how different nationalist narratives are interpreted and twisted by far-right groups in Georgia.

According to her, when she compares Georgian context to the states of Central and Eastern Europe, Georgia still needs to be discussed separately given its post-Soviet context and blurred lines between parties’ ideological contours. In the Georgian context, Eka Chitanava drew special attention towards the several ultra-conservative, far-right or other kinds of illiberal groups that are relatively active on a public sphere. She also added that those groups are not at all homogenous. She tried to show some parallels between the narratives of Georgia’s dominant Orthodox Church and the aforementioned groups. Eka Chitanava pointed out the activity of violent groups in the public and digital spaces in the last period. Those violent groups are, for example, the Georgian March, representatives of the Primakov Fund and other groups that contradict the idea of liberal democracy. According to Eka Chitanava, nowadays the state does not have any strategy to cope with the aforementioned violent groups and one might even think that the government often uses those groups for their own interests. She added that these groups are characterized with Euroscepticism and frequently portray the West as an actor that legitimizes depravity. As Ms. Chitanava described, these groups speak of migration as a demographic threat, which might lead to turning Georgians into a minority group in the country. In this context, Ms. Chitanava thinks it would be very interesting to analyze nativist attitudes as they might resemble the narratives of the European far-right parties. However, Eka Chitanava believes that Western European far-right’s anti-immigration reactions are not natural to the Georgian context. She thinks the Georgian far-right nationalists artificially adopted the issue of migration to the Georgian context in order to take up the vacant ideological niche. Eka Chitanava explained that those far-right groups consider “cultural other” as a threat and for them the “others” are all types of minorities, including  religious, ethnic, sexual minorities, etc. 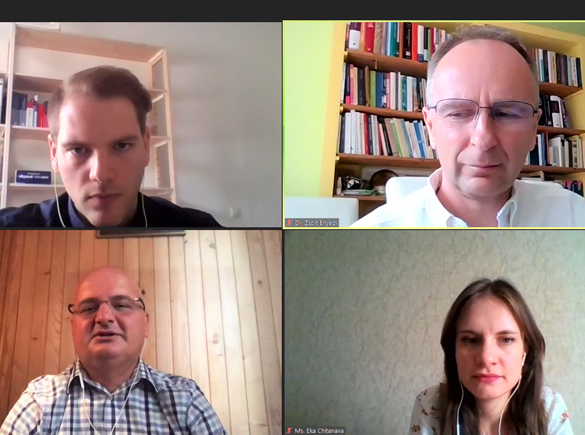 The speeches were followed by the Q&A session, in which the attendees of the event were able to engage in the discussion with the international and local panelists. The event took place via the online platform ZOOM in English language and simultaneous translation in Georgian language was provided.

Click here to watch the video of the discussion in English >>