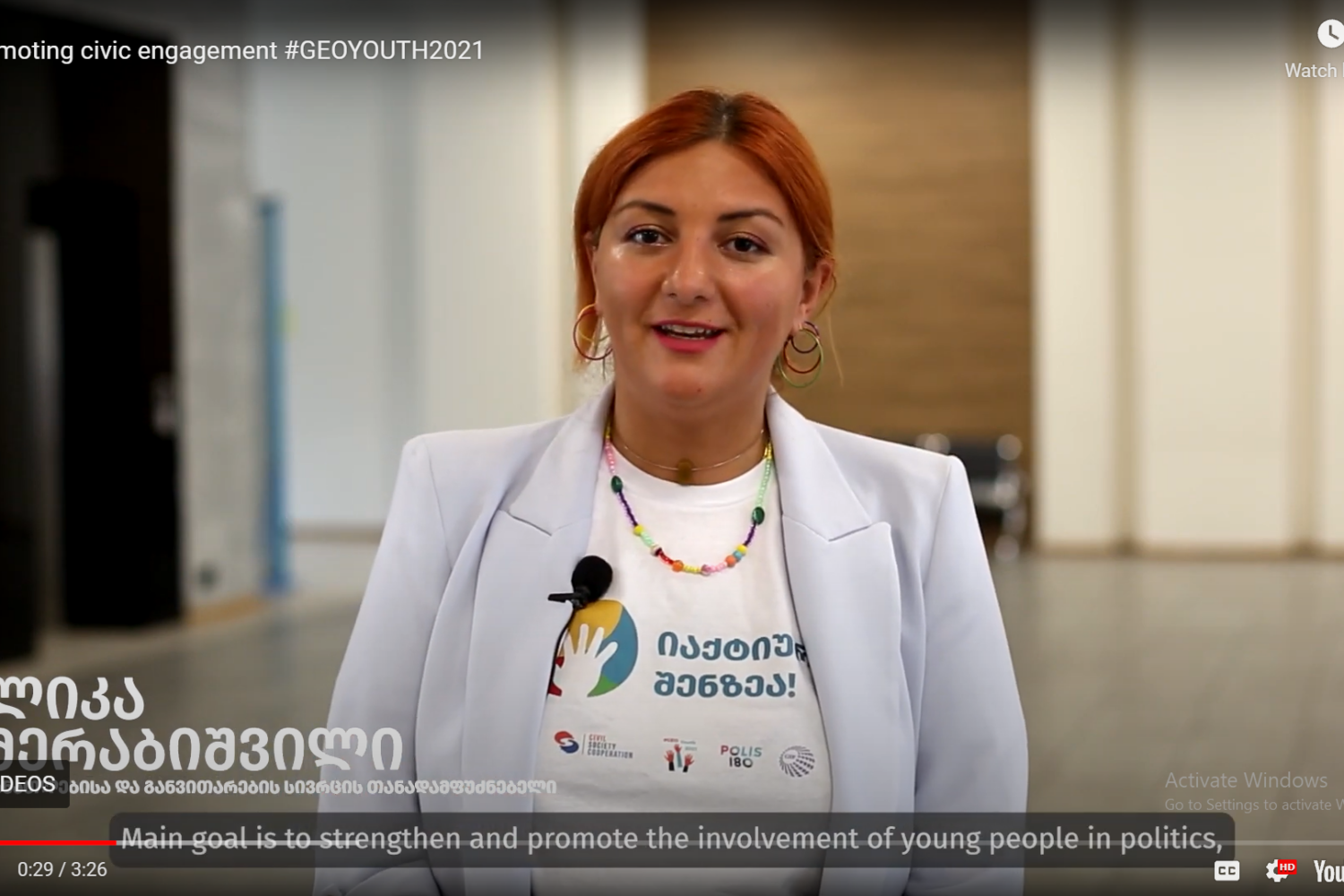 🟩 Be Active, It’s Up to You!
📍 Batumi, Tbilisi
Project goal 🎯
🟣 Promoting the involvement of young people in political and civic processes.

🟣 Raise awareness and enhance communication between youth and political parties.
Two seminars were organized within the project on “Human Rights Protection through Civic Activism” and “The Importance of Civic Activism” for youth residing in Batumi and Tbilisi. Additionally, 6 Facebook live discussions were arranged with the representatives of political parties and civil society.
The project created a platform for youth to have direct communication with members of political parties and thus, gave them the opportunity to ask questions regarding political campaigns and receive responses. The project raised awareness of the youth about political and civic processes. Around 50 young people took part in live events, and each Facebook live discussion reached at least 1000 people.
The project was implemented by a newly established NGO “Space for Education and Development” that aims to promote the development of young people in social, educational, and professional terms through formal and non-formal education, raising public awareness as well as monitoring the fulfillment of the obligations under the Association Agreement. The founder is the beneficiary of the project “Promoting Youth Transformational Leaders in Georgia” which is being implemented by GIP with USAID financial support.

🟩 Lighthouse For Youth
📍 Khulo municipality, Adjara
🎯 The project aimed to equip the local youth in Khulo Municipality with theoretical and practical skills in order to help them in making tangible steps to solve the local problems.

The project team provided the participants with theoretical knowledge of what it means to be an active citizen and how their engagement on their level can lead to beneficial changes in their community. Afterwards the project team helped their beneficiaries to transform their theoretical knowledge into a real experience.
The activities included simulation games, a one-day-long internship in the different departments of the Khulo city hall, training in project writing and developing actual small project proposals. The project team also conducted a practical workshop among beneficiaries in three groups to write an actual small project and they gave a mini-grant to the project “Modern Library”, which was implemented in the village Ghurta to update the local library so it becomes a welcome space with new resources for local youth.

🟩 Ethnic stereotypes, access to education, and career advancement among the Azerbaijani youth

📍 The project was implemented in Marneuli and Tbilisi and included 2 components: research and training.

🎯 The research aimed to identify the impact of ethnic stereotypes on access to education and career advancement among ethnic Azerbaijani youth. The study was conducted using qualitative research methods: desk research, focus groups and expert interviews. The study identified gender specific challenges, youth attitudes in terms of access to education and career advancement, and mechanisms for overcoming ethnic stereotypes. The research results will be submitted to a peer-reviewed academic journal.

Based on the preliminary findings, 4 trainings took place, aiming to raise the awareness of ethnic Azerbaijani youth on the key challenges found as a result of the study. Participants from the local communities engaged in looking for solutions to increase access to education and improve their professional advancement.

📍 The project was implemented in the Samegrelo-Zemo Svaneti region and covered Zugdidi, Tsalenjikha, Khobi, Senaki, and Chkhorotsku municipalities

🎯 The project aimed at increasing youth participation in electoral and political processes. The project supported the increase of civic responsibility as well as their active involvement in the local governance.

🤝 Project #GEOYOUTH2021 is implemented by the Georgian Institute of Politics (GIP) in cooperation with the German organization Polis180 with the financial support of the Ministry of Foreign Affairs of the Federal Republic of Germany.
📌 The project is a continuation of #GEOYOUTH2020, in which a youth manifesto was developed by more than 150 young people, including representatives of ethnic minorities and mountainous regions. The document, published before the 2020 parliamentary elections, outlines the challenges of youth political involvement and offers the public ways to address them 🎯🚀
The project is funded by the German Federal Foreign Office.