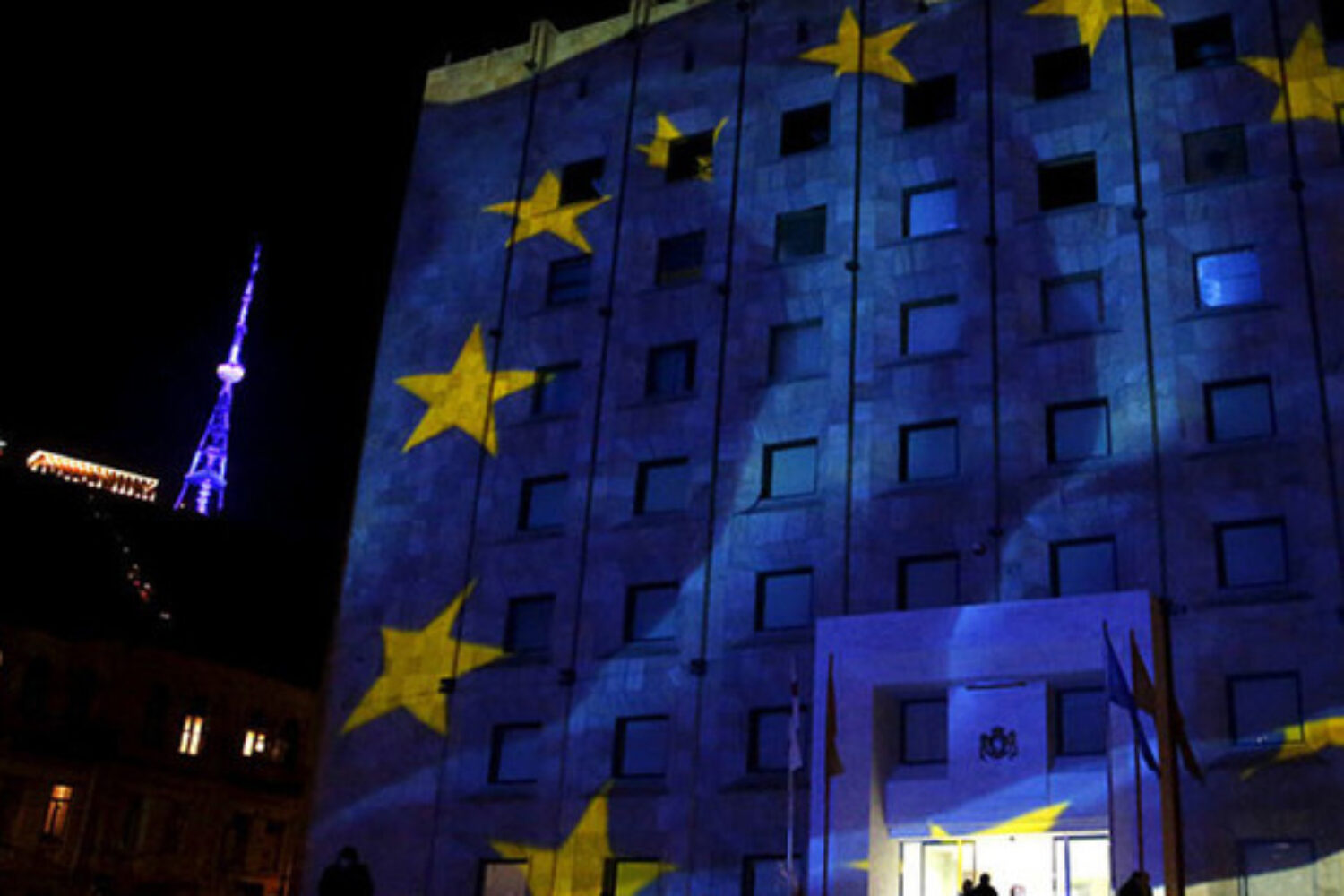 When the Soviet Union dissolved on New Year’s Eve, 1991, it was replaced by 15 newly-independent countries with vastly different cultures and levels of development. One of those countries, Georgia, emerged with the determination to shed its Soviet baggage and return to Europe as a modern, functioning nation-state. For this country, Europeanisation became synonymous with “desovietisation.”

Georgia first started moving westward in the early 1990s under the leadership of late President Eduard Shevardnadze. Despite presiding over a corrupt and deeply dysfunctional state, Shevardnadze succeeded in bringing Georgia into NATO’s Partnership for Peace in 1994. By 2001, the country was holding joint military exercises with NATO. As for the European Union, Georgia signed a Partnership and Cooperation Agreement with the EU in 1996.

These were pragmatic steps intended to enhance the country’s security and economic development. The moves were also motivated by identity politics. For Georgians, returning to Europe meant more than comfortable living standards and the protection of NATO’s security umbrella—it represented a civilisational choice.

In 1999, Zurab Zhvania, the late prime minister and builder of the modern Georgian state, famously declared “I am Georgian; therefore, I am European.” That statement reflected the attitudes of most of his fellow citizens. Georgia’s decision to hitch its wagon to the West was only partly motivated by rational calculations of interest. The choice was easy because Georgians can’t conceive of themselves as anything but European.

Georgians overwhelmingly identify as a European people temporarily separated from Europe during centuries of Ottoman, Persian, and Soviet domination. (In the Georgian discourse, Soviet communism and Russia’s current Eurasianist project are incompatible with European civilization). That’s why the country’s Euro-Atlantic orientation is framed as a “return” to Europe. Georgia is being restored its rightful place at the European table.

Writing in 2017, more than twenty-five years have passed since independence. The Georgian people are still striving toward full integration with the EU and NATO. But the label “post-Soviet” can be tossed out for good. Under the ruling Georgian Dream government—which replaced Saakashvili’s United National Movement following parliamentary elections in 2012—Georgia has made tangible progress on Europeanisation.

The country signed an Association Agreement with the EU in 2014. The 752-page document covers everything from national security to human rights to tariff exemptions on cucumbers and tomatoes. Georgia started implementing the agreement in 2015 and has met some of its important milestones.

This March, the first Georgian travellers entered Europe without visa requirements. During the first nine months of 2017, exports to EU countries increased by 18.9 per cent year-on-year. Nearly one-quarter of Georgia’s total exports are now bound for EU markets.

Georgia still has a long way to go. Its economy is underdeveloped and it still falls short of EU standards on anti-discrimination on gender, sexual, and religious grounds. Moreover, the country’s new constitution raises legitimate questions about the ruling party’s commitment to political pluralism.

The desire to reform has to come from within. For the most part, it has. Reforms are made for domestic reasons, with Europeanisation—the “pull” of Europe—helping anchor the process.

The pull toward Europe has something important working against it, however: Georgia’s geographical location. The immediate neighbors include Armenia, Azerbaijan, Russia, and Turkey. None currently aspire to EU membership. One of them, Russia, actively opposes EU enlargement.

In order to return to Europe, Georgia must detach itself from this unfriendly neighbourhood. That involves rejecting both the “post-Soviet” and “South Caucasus” labels and focusing on its ties with Moldova and Ukraine, two other countries with strong European identities. As a “Black Sea” country, Georgia can reconcile its geographical position with its European identity.

The Black Sea paradigm is still catching on, but Georgia, Moldova, and Ukraine are increasingly being treated as a package. EU ambassadors have pledged to recognize the three countries’ membership aspirations at the Eastern Partnership Summit later this month.

Georgia can be called part of Eastern Europe, Southeastern Europe, the Black Sea region, or all three. What it can no longer be called is “post-Soviet.” Georgia has moved on, both in spirit and in deed.