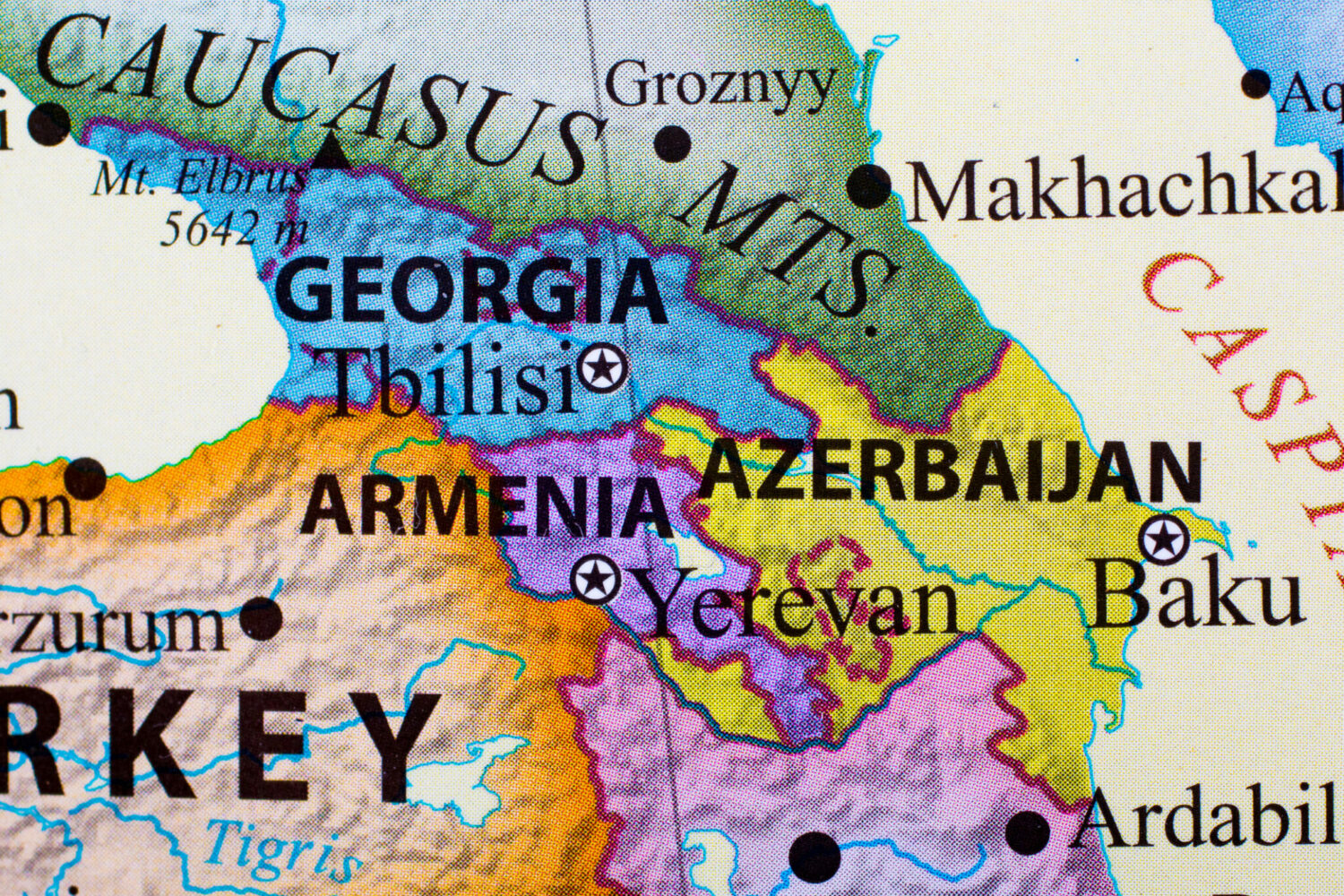 The Second Karabakh war between Armenia and Azerbaijan has shaped a new regional reality in Georgia’s neighborhood. The balance of power changed when Azerbaijan won a military victory and managed to restore control over part of the Karabakh region. For around two years, since the signature of the Trilateral Peace Treaty mediated by Russia, post-conflict developments have been taking place. The EU has achieved some positive diplomatic advancements in brokering a peace deal between Armenia and Azerbaijan. It is among Georgia’s strategic interests to play a positive role as a stabilizer to ensure stability in its neighborhood.

Tbilisi has successful experience in negotiations between the two conflicting countries in cooperation with the US. The broking and exchange of Armenian war prisoners and drawing of a map of mine locations was completed. This was one of the stages of the demining of the territory of Aghdam, the  rebuilding of which is part of the grand-plan for Azerbaijani post-conflict recovery. This blog discusses the post-conflict regional reality and further developments to which Georgia can make a positive contribution; why the process is important for Georgia, what circumstances can strengthen the role of Tbilisi in post-conflict developments, and what capabilities of Georgia can be used by the two conflicting neighboring countries.

Why Important for Georgia?

The way in which relations between the two conflicting neighboring states can develop after the 2020 Karabakh war is important to Tbilisi for many reasons. The outcomes from the geopolitical shift taking place around Georgia since Autumn 2020 are spilling into the country’s security environment, and the chances of further cooperation with Azerbaijan as well as Armenia, with whom Georgia is maintaining equally good relations. Georgia, with its current national interests and foreign policy priorities, such as strengthening its security and sovereignty and also pursuing Euro-Atlantic integration, needs a stable neighborhood. This incentivizes Tbilisi to contribute to building stability by employing all the instruments in its hands.

Additionally, Georgia is the home of two big settlements that contain Azerbaijani and Armenian ethnic minorities. Both communities show sensitivities towards the developments between Azerbaijan and Armenia. This did not influence Georgia’s neutral positioning during the war and post-war period, but still, this presents a strong risk with which the Government of Georgia (GoG) should deal in the long-run to maintain domestic stability.

Thus, in Georgia post-war stability in the region is seen as the primary way for the country to meet its own national interests properly and enhance regional cooperation with its neighbors. This is why Georgia should seek to be more active in its role as a mediator between the two countries.

Georgia has shown noticeable initiatives and activity in participating in the post-war period in talks between Azerbaijan and Armenia. Since Autumn 2020 there have been two different PMs  at the head of the GoG and both of them acted quickly to promote Georgia as a useful facilitator: according to PM Giorgi Gakharia’s statement published on September 30, 2020, Tbilisi offered to the two sides to facilitate immediate negotiations. This was at an early stage when neither Baku nor Yerevan were yet considering the possibility of negotiations.

The importance of post-conflict regional ties for Tbilisi was demonstrated again when the new PM of Georgia, Irakli Gharibashvili, made his first official international visit one to Baku. In June 2021, a successful precedent was created with the facilitating between the two sides in cooperation with Washington: Azerbaijan handed over 15 Armenian prisoners in exchange for a map detailing the location of 97,000 mines in Agdam district. On September 25th 2021 PM Irakli Gharibashvili stressed that Georgia stood ready to host an international gathering in Tbilisi to discuss the prospects of the Peaceful Neighborhood Initiative involving the ‘South Caucasian brothers’ and international partners.

It is noteworthy that in 2021 alone more than 10 official bilateral visits were paid in Tbilisi, Yerevan, and Baku, seven of which were at the level of heads of states. By May 2022 the newly appointed Minister of Foreign Affairs of Georgia, Ilia Darchiashvili, took the immediate step of pursuing an official visit to both neighboring countries. With such intensified bilateral activity Georgia has shaped a role as a reliable equal partner for Armenia as well as Azerbaijan. Additionally, some of the talks touched upon Georgia’s role in post-war negotiations between the two neighbors.

While Georgia’s role in the Nagorno Karabakh war was being assessed mostly positively by December 2020 in Georgian society (Graph 1), the lack of internal public discussions might prove a shortcoming for GoG’s efforts in efficient mediation or facilitation. To plan this process strategically Tbilisi needs to determine how Georgia can mediate and what is the capacity of the country’s mediating efforts.

How Can Tbilisi Mediate? Georgia’s Capacity – Limited but Important

The GoG does not have a myriad of options when it comes to maneuvering in the conflict. Georgia owns several important tools that justify considering itself a valuable mediator between Azerbaijan and Armenia. Firstly, Tbilisi has earned political trust in Baku as well as in Yerevan not only in the context of the war but in the context of strong economic, infrastructural and strategic relations. Unlike bigger regional players, Georgia is an equal player with the two conflicting states and this increases the chance that its interests will not be predatory or biased, ensuring mutual trust from both Azerbaijan as well as Armenia.

Secondly, given its geographic proximity and neutrality, Georgia can be the best possible venue for bilateral and multilateral negotiations, one where the sides feel equal and confident when seeking common grounds. Thirdly, Georgia has the political resources and experience to cooperate with the west in mediating: GoG created a successful mediating precedent with Washington almost a year ago when the exchange of detainees and mines maps were made between Azerbaijan and Armenia.

Georgia is not a big player in the region – it cannot compete with the larger regional actors, make an impact on the wider geopolitical shift or ensure security guarantees for the conflicting sides. That is why one of the main principles for Tbilisi should be mediation, but not alone – where possible. The EU and the USA should be the main strategic partners for Georgia when seeking to carry out efficiently the role of broker or facilitator. According the official statement of the European Council President Charles Michel, the EU will likewise continue to support confidence-building measures between Azerbaijan and Armenia as well as humanitarian de-mining efforts. In those directions GoG should activate a strategy of offering its abilities to Brussels.

The post-conflict reality in the region of the South Caucasus has created a new need for Tbilisi to act as a stabilizer. Contributing to post-war deals between Azerbaijan and Armenia, such as handing over Armenian prisoners in exchange for a map detailing the location of mines in Agdam can be considered as a successful case. But it is not enough to use fully Georgia’s potential, such as strong political trust in conflicting neighboring countries, or its ties with big Western actors.

The country has the capabilities to make effective social and humanitarian contributions and to aid recovery. Azerbaijan and Armenia can successfully use these resources to pursue effectively the important recovery tasks – such as contributing to demining and reconstructing the territories where Azerbaijan has restored control. Tbilisi should continue to cooperate with its neighboring countries and the West, and activate the Peaceful Neighborhood Initiative. In this process Georgian ambitions, however, must match the interests and the willingness for these tasks in Baku and Yerevan.