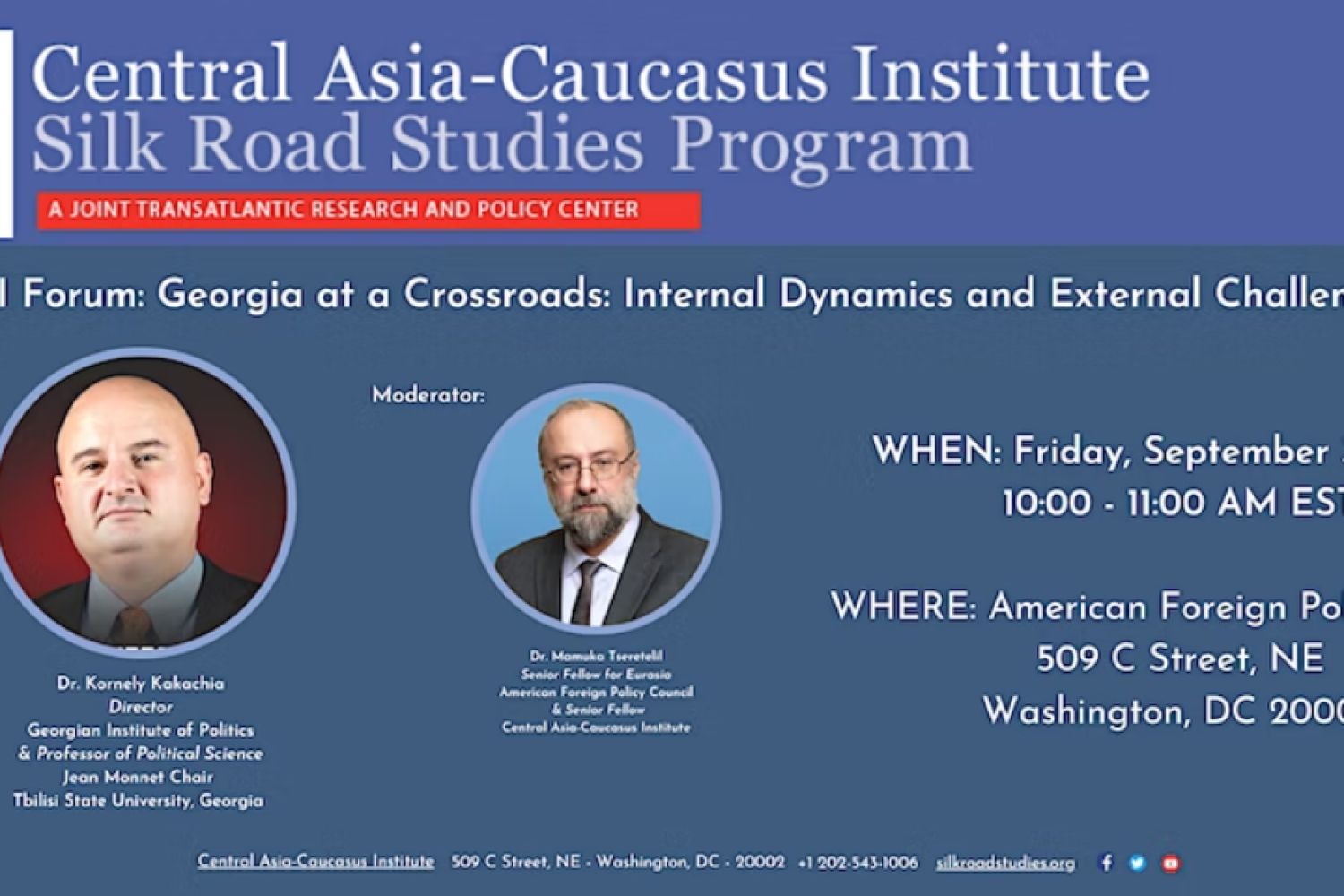 On September 30 the director of the Georgian Institute of Politics Prof. Kornely Kakachia participated in the forum – “Georgia at a Crossroads: Internal Dynamics and External Challenges,” organized by Central Asia-Caucasus Institute at American Foreign Policy Council in Washington, DC, United States.

Russia’s military aggression and prolonged military conflict against Ukraine, as well as, the outcome of the second Karabakh war and the unresolved military conflict between two South Caucasus neighbors have significant military, security, political, and economic consequences for Georgia. Additionally, a sense of internal instability and growing uncertainty exists regarding the prospects of European integration. Prof. Kakachia, as a guest speaker, was slated to discuss these salient issues, and how Georgia is managing these challenges.