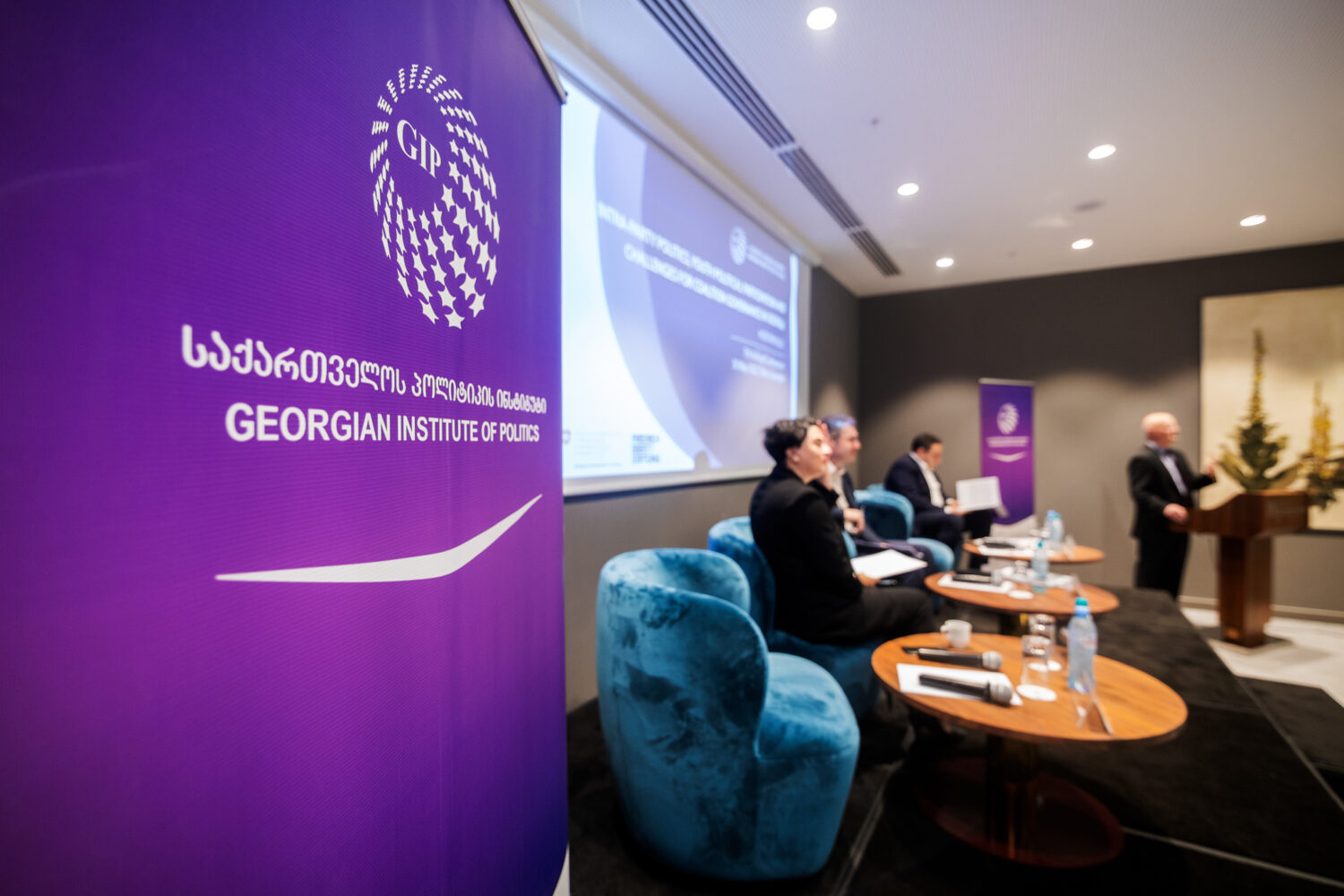 On May 30, the Georgian Institute of Politics (GIP) held the 7th Annual Democracy Conference: Intra-Party Politics, Youth Political Participation and Challenges for Coalition Governance in Georgia.

#GEODEM2022 was held with the support of the Embassy of Switzerland in Georgia and the Friedrich-Ebert-Stiftung, South Caucasus Office. The conference was organized into three thematic panels:

H.E. Heidi Grau, Ambassador of Switzerland in Georgia, and Prof. Kornely Kakachia, Director of the Georgian Institute of Politics, opened the conference with welcoming remarks. H.E. Heidi Grau spoke about the need for a political discussion focused on Georgia’s democratic agenda and its content. She drew parallels with the Swiss political system and described how the political parties there are focused on building bridges in order to succeed. She also spoke about the role of media and noted that freedom of media and responsibility to provide objective information to the population is especially important to enable people to make informed choices. In his welcoming speech, Prof. Kornely Kakachia underscored the need for effective communication between the parties, as well as with their voters. As he noted, new ways are to be found for this purpose.

The panel started with a presentation by Dr. Fernando Casal Bertoa, who discussed the principles of coalition government, based on the results of his research on Eastern European political systems. According to him, Georgia has poor experience in creating coalitions, which is further perpetuated by two main factors: 1) Delegitimization of the coalition format after the previous government; 2) Georgia’s electoral system – in particular, the high level of disproportionality. Dr. Bertoa noted that the Georgian electoral system is the second most disproportional system in Europe for the last one hundred and eighty years. As he explained, the probability of forming a coalition is greater in the conditions of the parliamentary ruling system than in the case of the presidential ruling system. However, the natural electoral system is essential in terms of forming a coalition. Considering the fact that Georgia moves to a proportional system, the political elite could be preparing for coalition formation.  Dr. Bertoa reminded the audience, including Georgian politicians attending the conference, that democracy is not a zero-sum game and that it is crucial for the parties to work together and agree on issues of national importance.

“Despite the competition, members of different parties are citizens of one country, and ultimately, the national interests have greater value,” – noted dr. Bertoa.

Giorgi Vashadze, leader of the political party Strategy Agmashenebeli, questioned Professor Bertoa’s opinion that Georgian parties have somewhat similar ideologies. As Vashadze said, there is a deep value incompatibility between the parties, which prevents them from forming an effective unified front and collaborating with other parties. Mr. Vashadze emphasized the importance of internal consolidation by the political parties not only before the election but after as well.

As Giorgi Vashadze noted in the Q&A session, it would be more realistic to form a coalition government for the next parliamentary elections, if the lower barrier will go down from 5% to 2%. However, the issue still largely depends on which parties will be represented to form a coalition with them.

Natia Mezvrishvili, a member of the For Georgia political party pointed out that coalitions are inevitable and it is the only way to prevent authoritarian rule in the country.

Ms. Mezvrishvili identified three vital challenges Georgian democracy is facing: 1) Distribution of power – gathering all power in the hands of one political party; 2) Elections that as she noted are still linked to bribery and corruption; 3) Judiciary independence – loyalty of judges to the ruling party. Ms. Mezvrishvili sees the redistribution of power, strong parliamentary rule, and consensus decision-making as a way to solve these problems. However, she added that as long as compromises are not possible, talking about unity and coalition is unnecessary.

The first speaker of the second panel was Davit Berdzenishvili (Republican Party), who presented his vision of the development of the political elite in the country and the prospects for cooperation between the parties. From his perspective, bipolarity is an inevitable precondition for the success of the government, and in the light of the challenges to Georgia posed by the ongoing war in Ukraine, the solution is political parties with relatively little electoral support to unite in one or two electoral alliances. In his opinion, instead of competing, these opposition parties should cooperate with each other. Mr. Berdzenishvili emphasized the importance of those voters who do not consider themselves as supporters of either the National Movement or the Georgian Dream. As he pointed out, such voters have a crucial role for the smaller parties in overcoming the electoral threshold.

Teona Zurabashvili (GIP) presented her analysis on the role of youth in Georgian political parties and their access to party policy-making. The research was based on interviews with the top ten politicians from the party electoral lists in the 2021 self-government elections and interviews with young party members. Ms. Zurabashvili identified three factors that distinguish parties in terms of the promotion of young leaders and the degree of their access to party policy-making: 1. In the parties that are financially dependent on large donors, young people are perceived as activists, in contrast to those parties whose source of funding is fundraising; 2. Promoting young people who are characterized by party activism are more frequent in parties that wish for bigger financial resources. Even in less financially stable parties, compatibility with party ideology is one of the determining factors for promotion in a party; 3. In those Georgian parties that have a youth wing, the practice of using these young people as party assets and giving them “top-down” assignments is more frequent, which hinders the political career of young people within the party.

According to the third speaker of the panel, Zaza Bibilashvili, there is no institutional mechanism in Georgian political parties for further development in terms of ideology. However, there is no promotion mechanism such as a primary, and what is more, there is no institution of debate that will allow a party voter to decide who will be the face of the party. Instead, the main factor in getting a promotion inside the parties is to establish close ties with the party leaders. Speaking about the solution, Mr. Bibilashvili noted that in order to start internal democratic processes in the parties, it is necessary to convince the existing party leaders that their replacement would benefit the parties. However, this does not usually happen, which leads to young people losing their motivation to continue their careers in politics.

Davit Shervashidze from the International Republican Institute (IRI) spoke about Georgian voters’ expectations based on the public polls conducted by IRI. According to the statistics he presented to the audience, Georgian voters want not only new faces, but also they expect the new politicians to come with fresh ideas and different views. According to IRI polls, 93% of respondents claim they want to see young people in political parties.

The third panel started with the presentation of the Inter-party manifesto titled “What do Georgian Voters Expect: Message for Georgian Political Parties”. The manifesto was developed by young members of ten Georgian political parties and representatives of the civil society, with the facilitation of GIP. GIP policy analysts Nino Samkharadze and Dr. Shota Kakabadze introduced the initiative and explained the methodology for drafting the inter-party manifesto.

Several of the numerous co-authors of the manifesto presented its findings: expectations identified among the voters towards political parties, and proposed responses from the politicians addressing each expectation. The first speaker of the panel, Goga Tchkadua, a member of the party Girchi – More Freedom, discussed two voter expectations: reaching a broad agreement within parties and between parties on national issues, and, as well as, strengthening party accountability to the people. Eliso Bregvade (party Strategy Aghmashenebeli) spoke about the voters’ expectations which mainly point to the programs, ideologies, and strategies of the parties. Mikheil Tsverava, a member of the Party Gakharia For Georgia, highlighted the expectations of the electorate about strengthening the parties’ internal democracy, institutional decentralization, and working on the political consciousness of the electorate.

In response to each of these expectations, young politicians outlined possible strategies that Georgian parties could use to plan their action between elections and to get closer to the electorate.

The presentation of the Manifesto was completed by Tamuna Manvelishvili, a civil society representative and International Black Sea University student, who summarized the expectations given in the document in the context of communicating with party voters and raising the issues of vulnerable groups, such as minorities. As the speaker noted, it is crucial for the parties to develop independent direct communication strategies between the elections, taking into account party resources, especially in regions where there is a particular lack of communication. From her perspective, parties should actively communicate with Georgia’s ethnic minority groups to properly understand their problems and to put them higher on the party agenda.

The third panel was chaired by Mr. Felix Hett, Director of the Friedrich-Ebert-Stiftung South Caucasus Office. After the presentation, Mr. Hett opened the panel for discussion and comments by the other party representatives and the rest of the audience. He noted that it is a kind of paradox when there is a high demand for depolarization among voters when for them the identity of political parties is not clear and the parties are similar to each other.

Within the framework of the final panel discussion, invited guests from different political parties expressed their views on the content and significance of the inter-party manifesto. Mikheil Khumsishvili (Labor Party), Zurab Japaridze (Girchi – More Freedom), Fiqria Chikhladze (Lelo), and  Teona Tchalidze (Strategy Agmashenebeli) contributed to the discussion and highlighted the difficulties faced by the parties, especially opposition parties, on the way to integrating similar proposals into their action strategies.

After each panel, the audience had the opportunity to ask questions to the speakers and engage in the discussion. All three panels ended with a challenging Q&A discussion. To find out more about the conference, please see the Report of the GEODEM2022 or watch the conference video on the GIP YouTube channel.

Photogallery of the event

#GEODEM2022  was organized by the Georgian Institute of Politics (GIP) with the support of the Embassy of Switzerland in Georgia and the Friedrich-Ebert-Stiftung, South Caucasus Office. 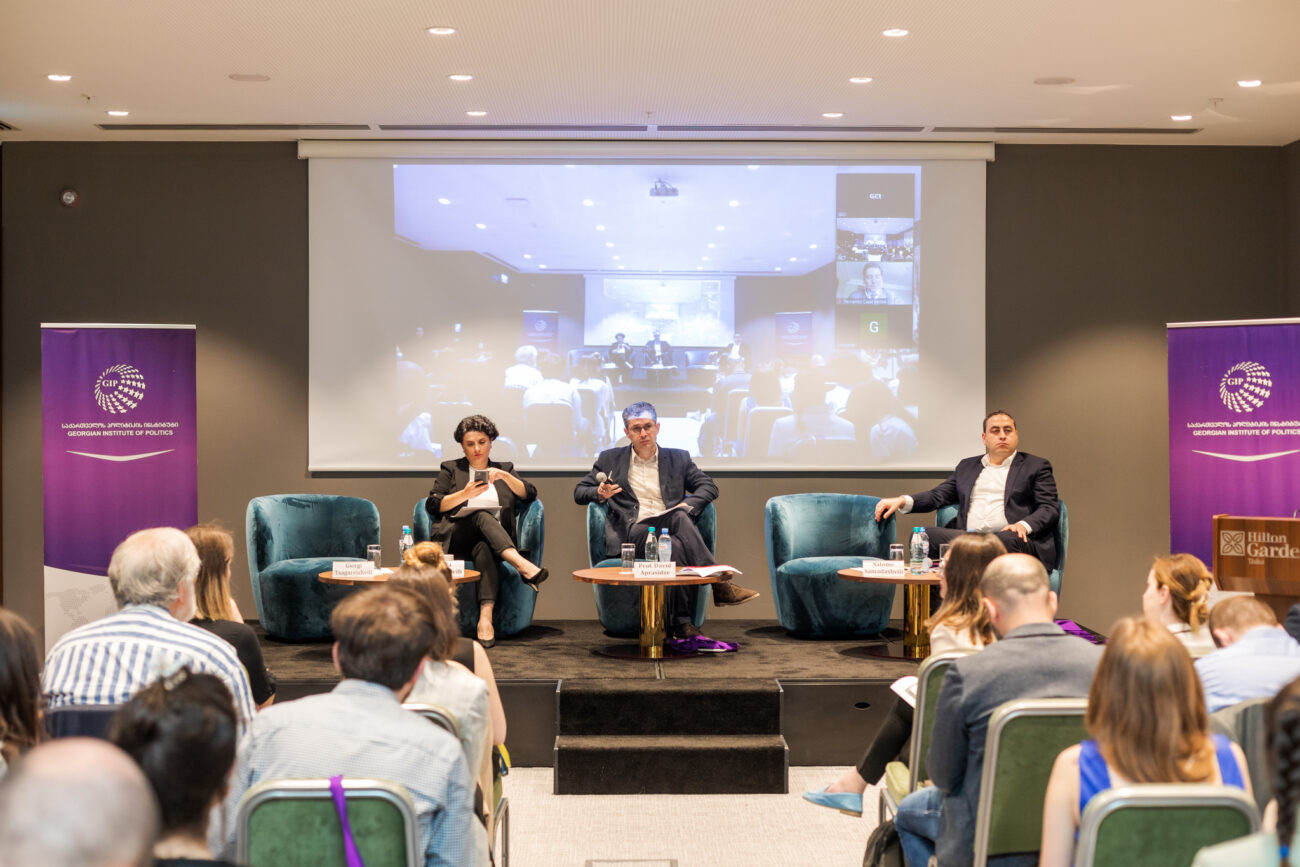 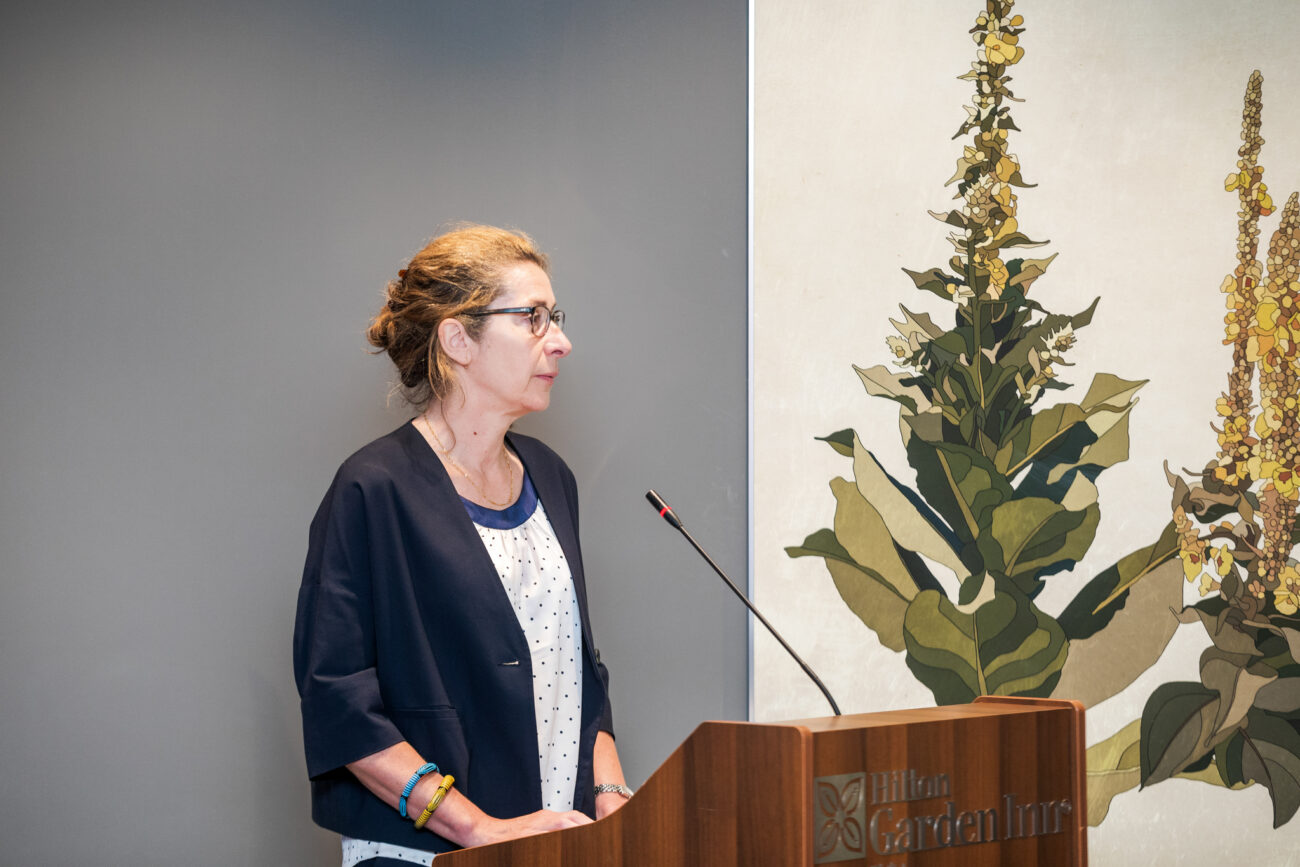 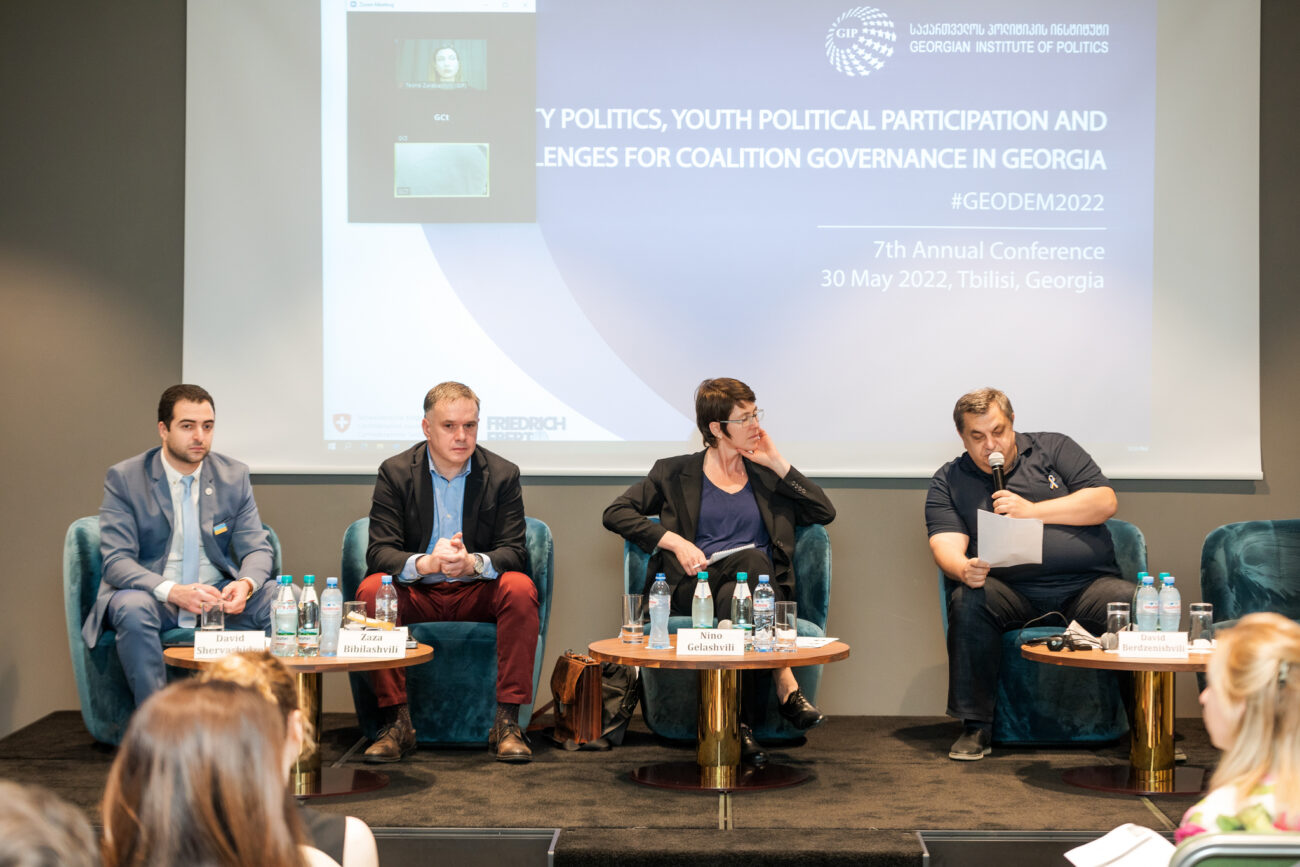 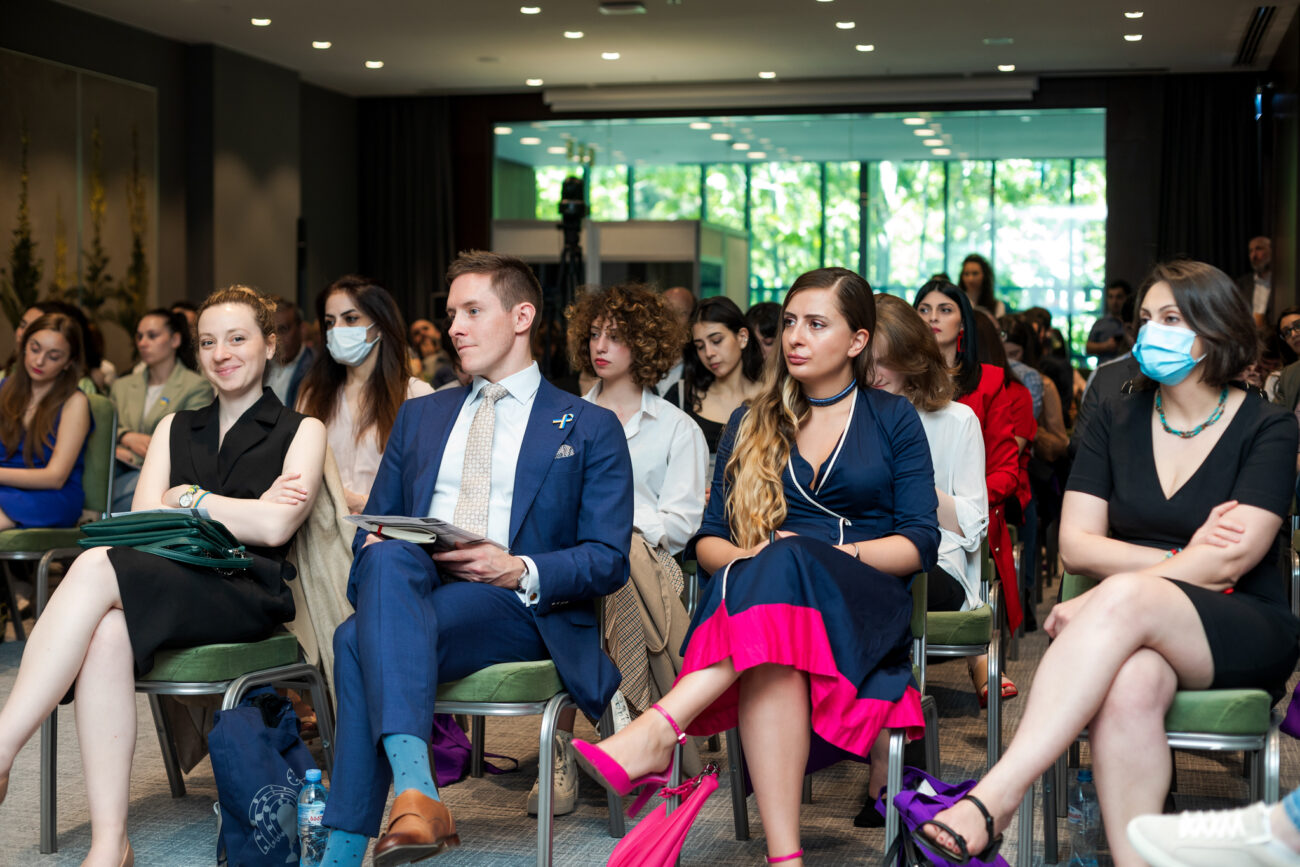 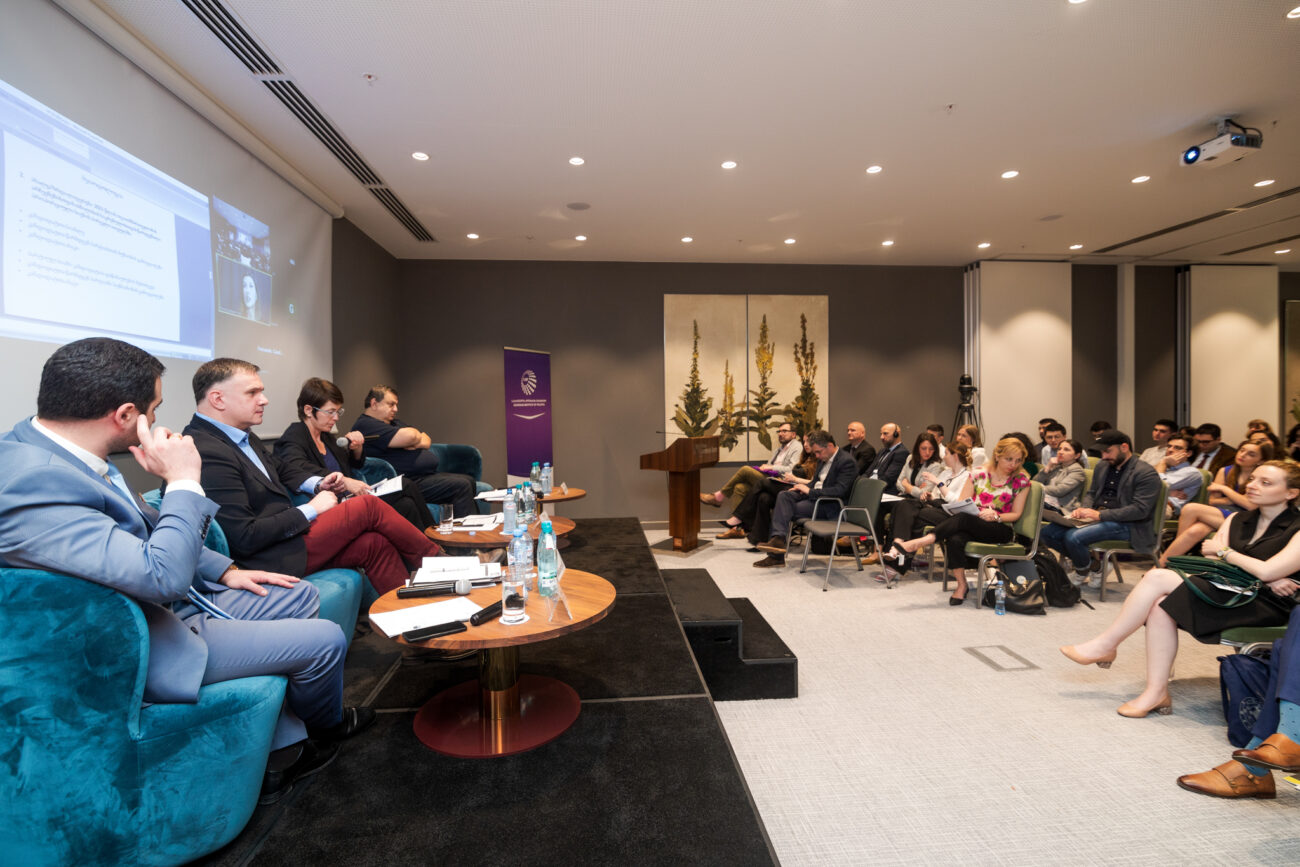 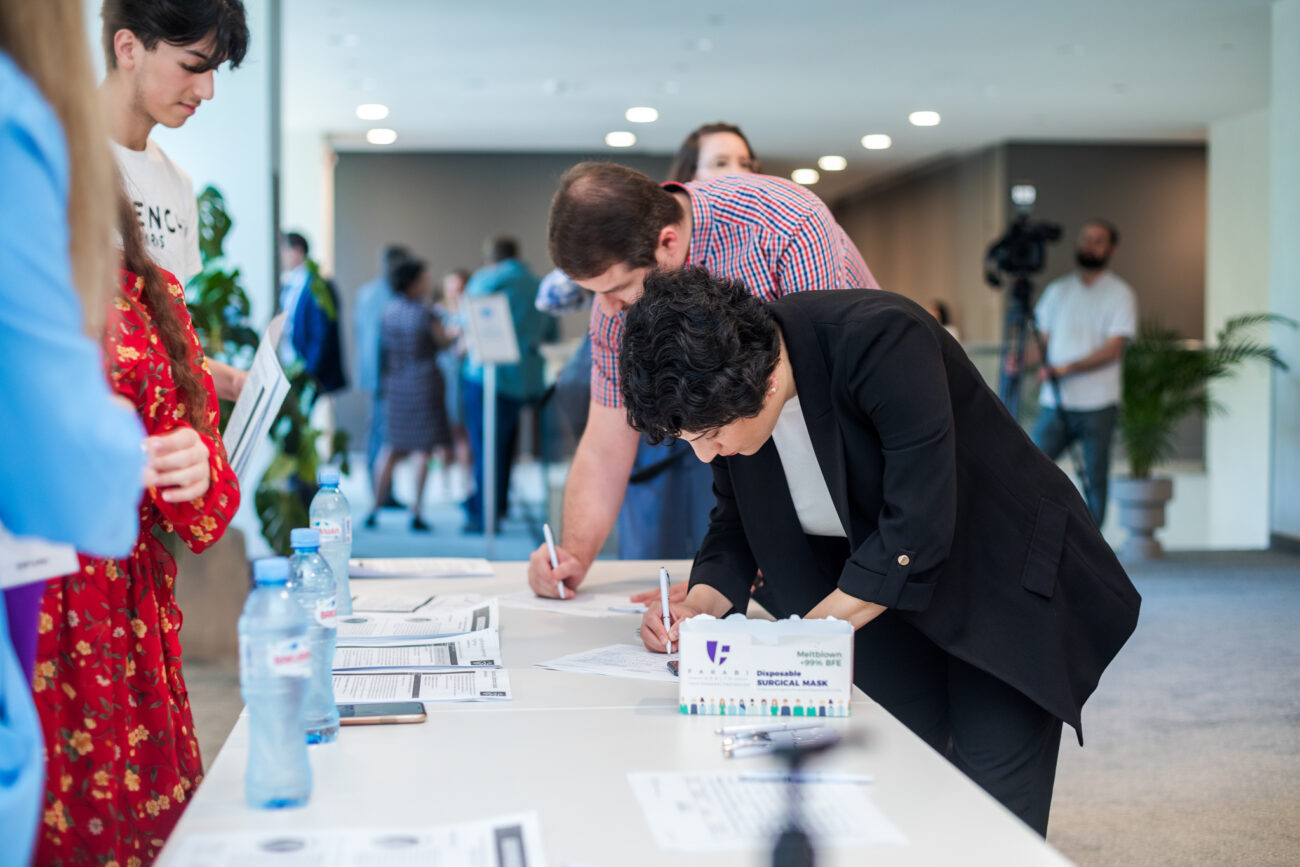 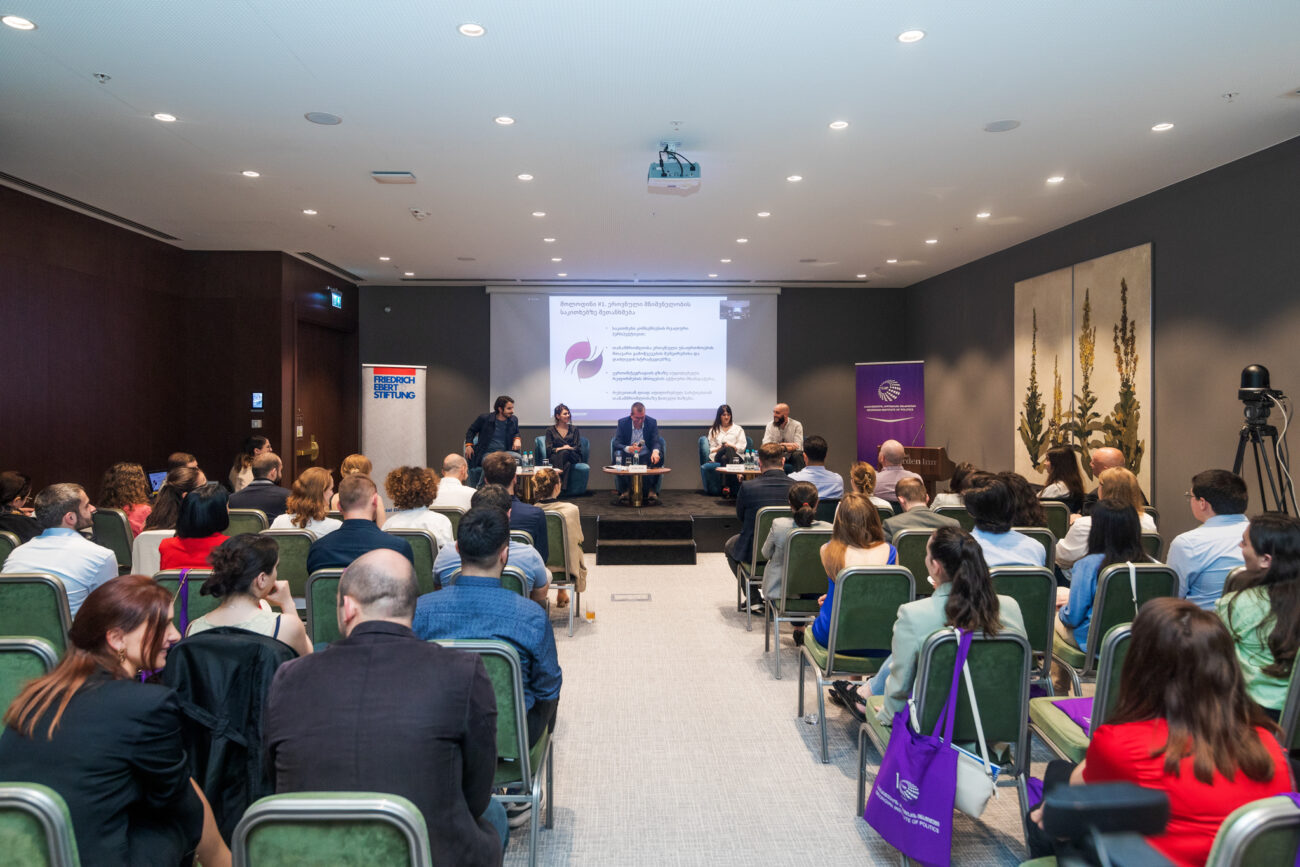 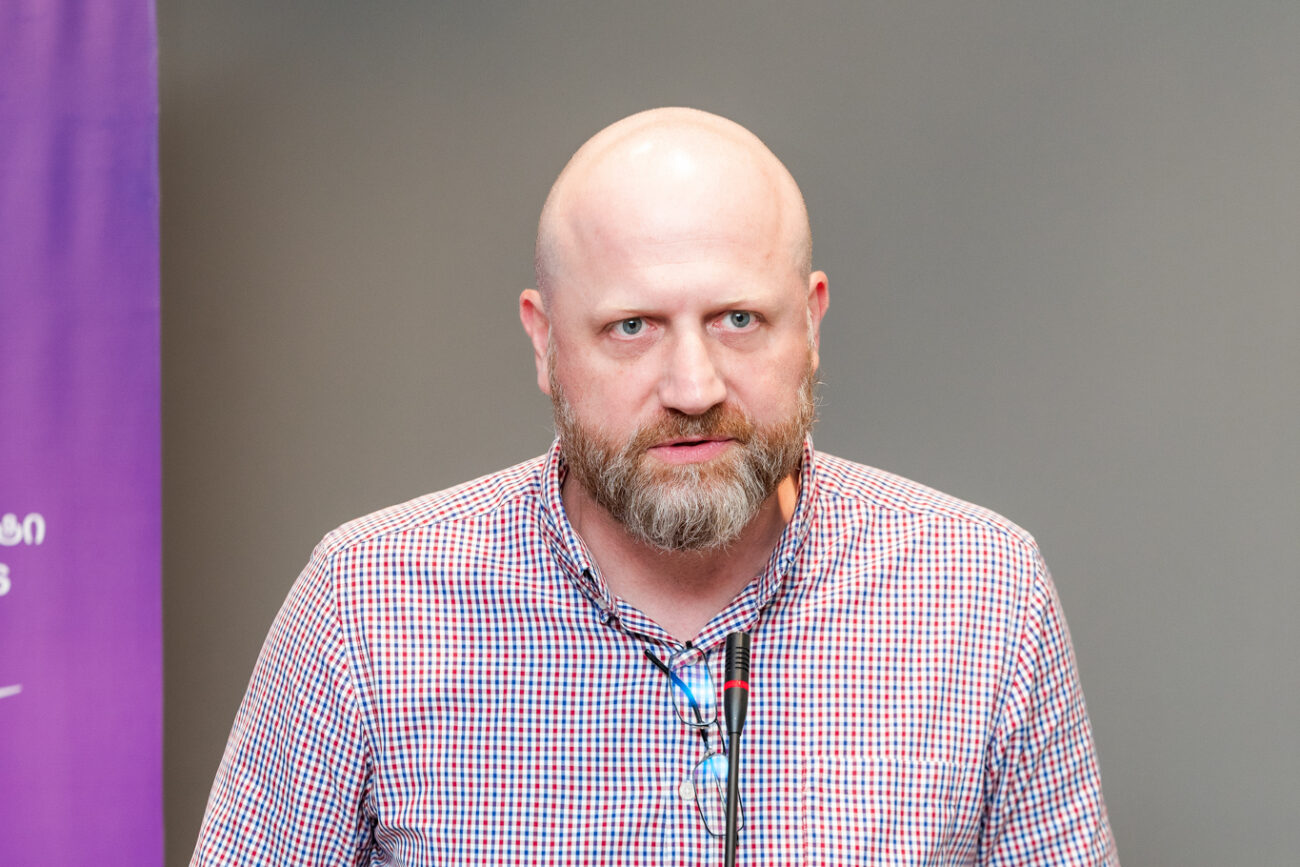 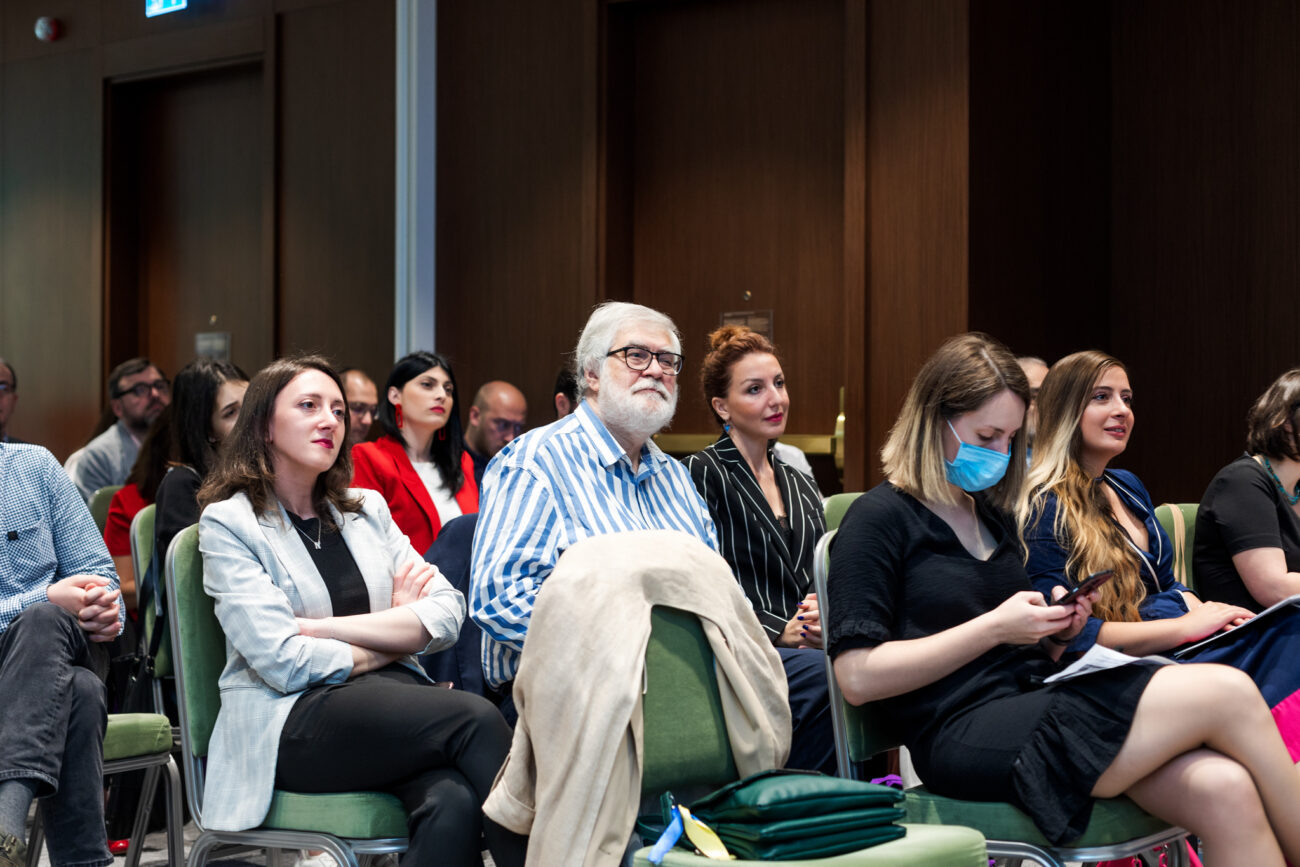 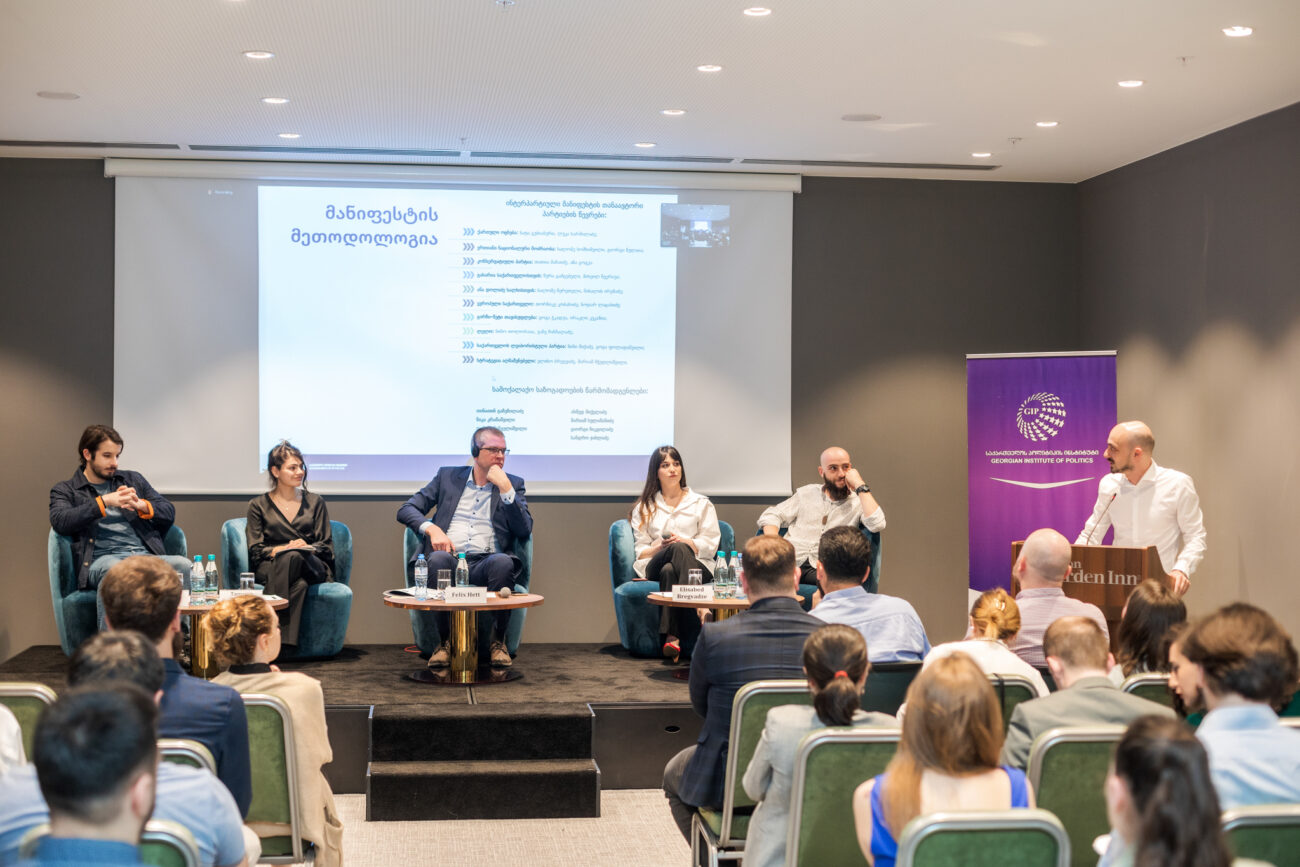 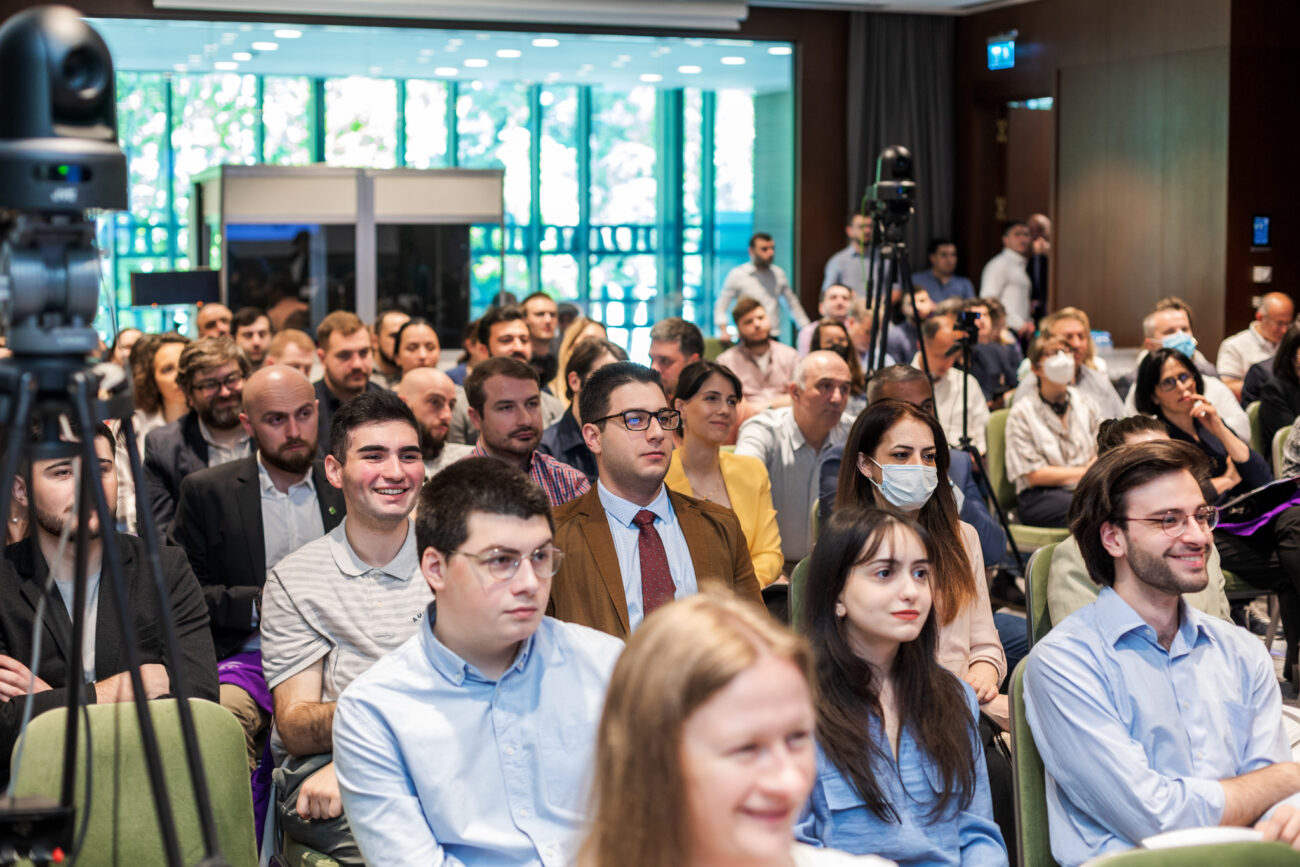 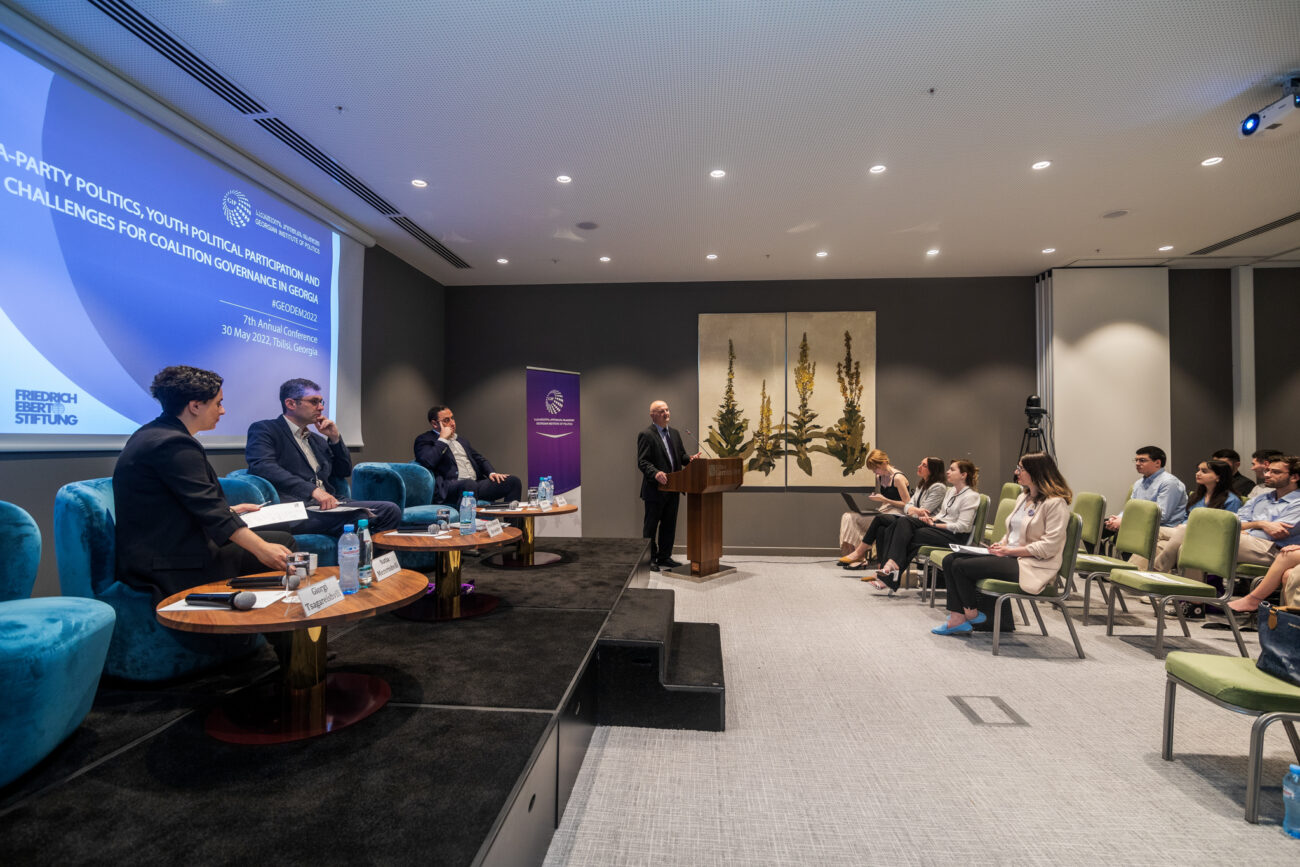 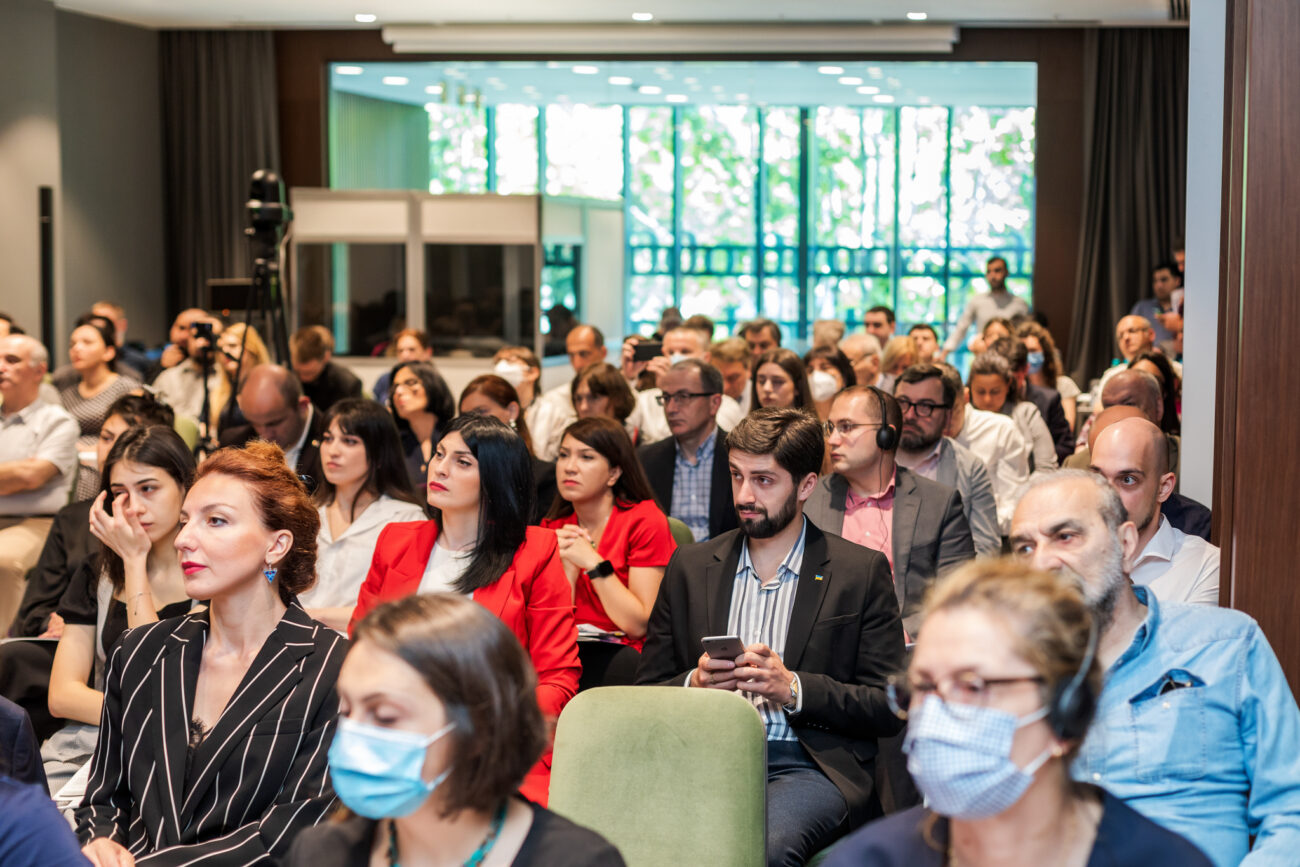 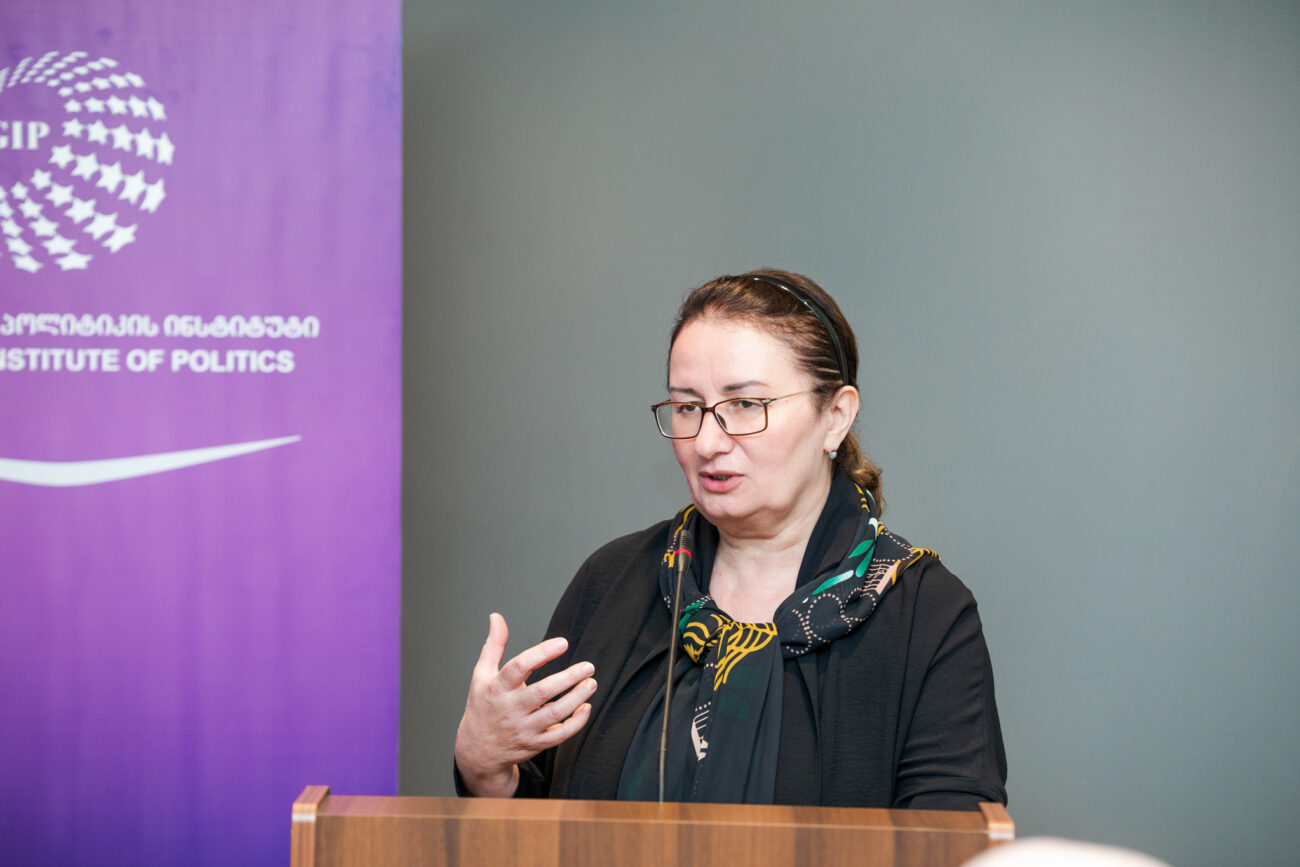 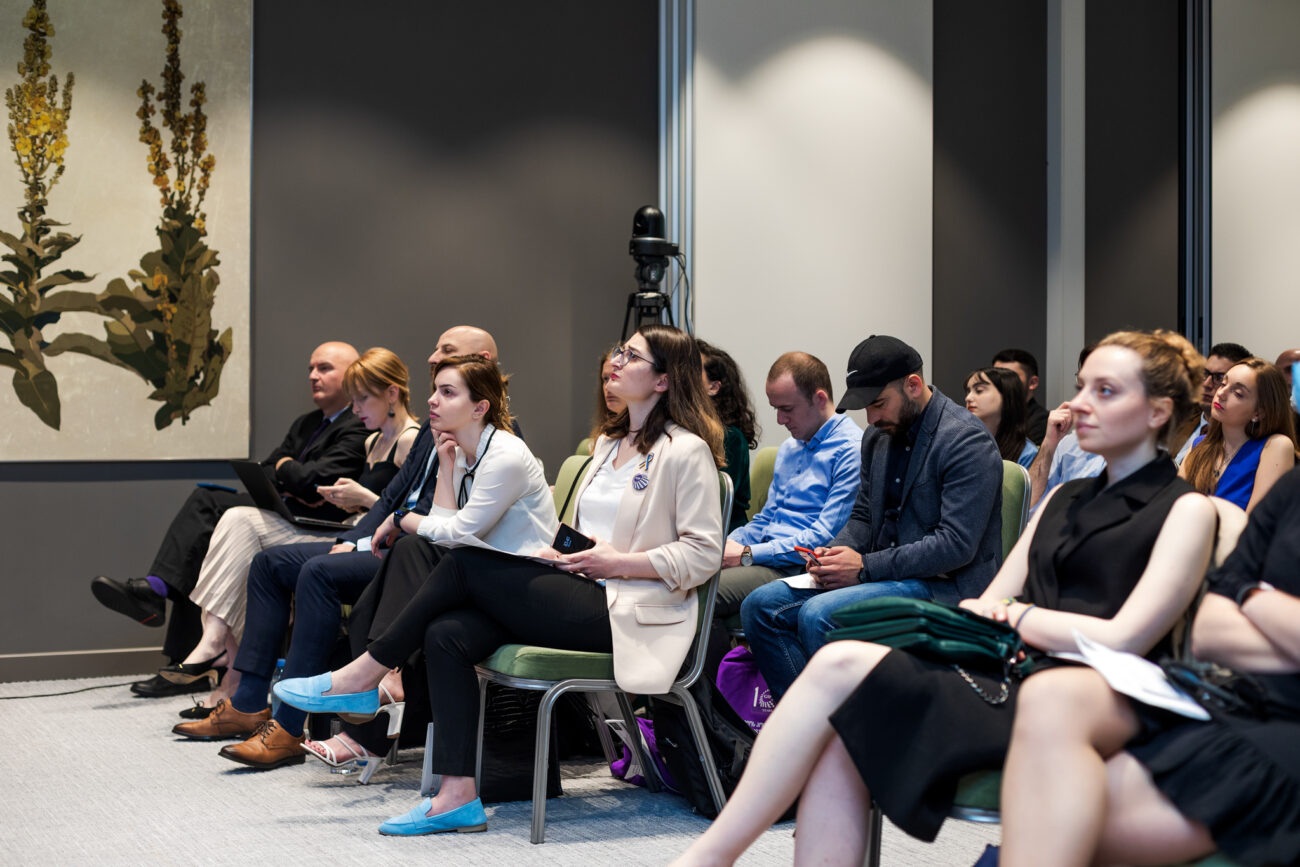 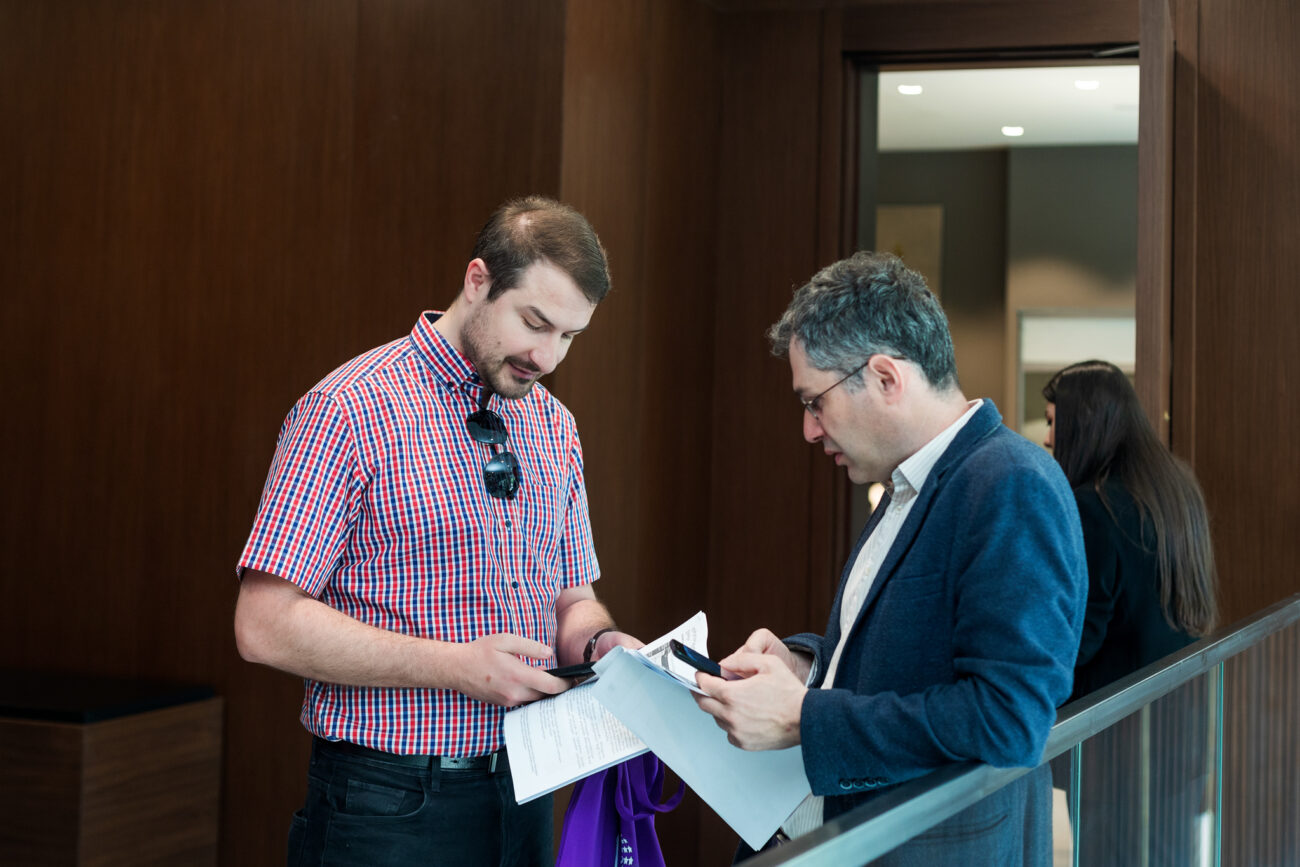 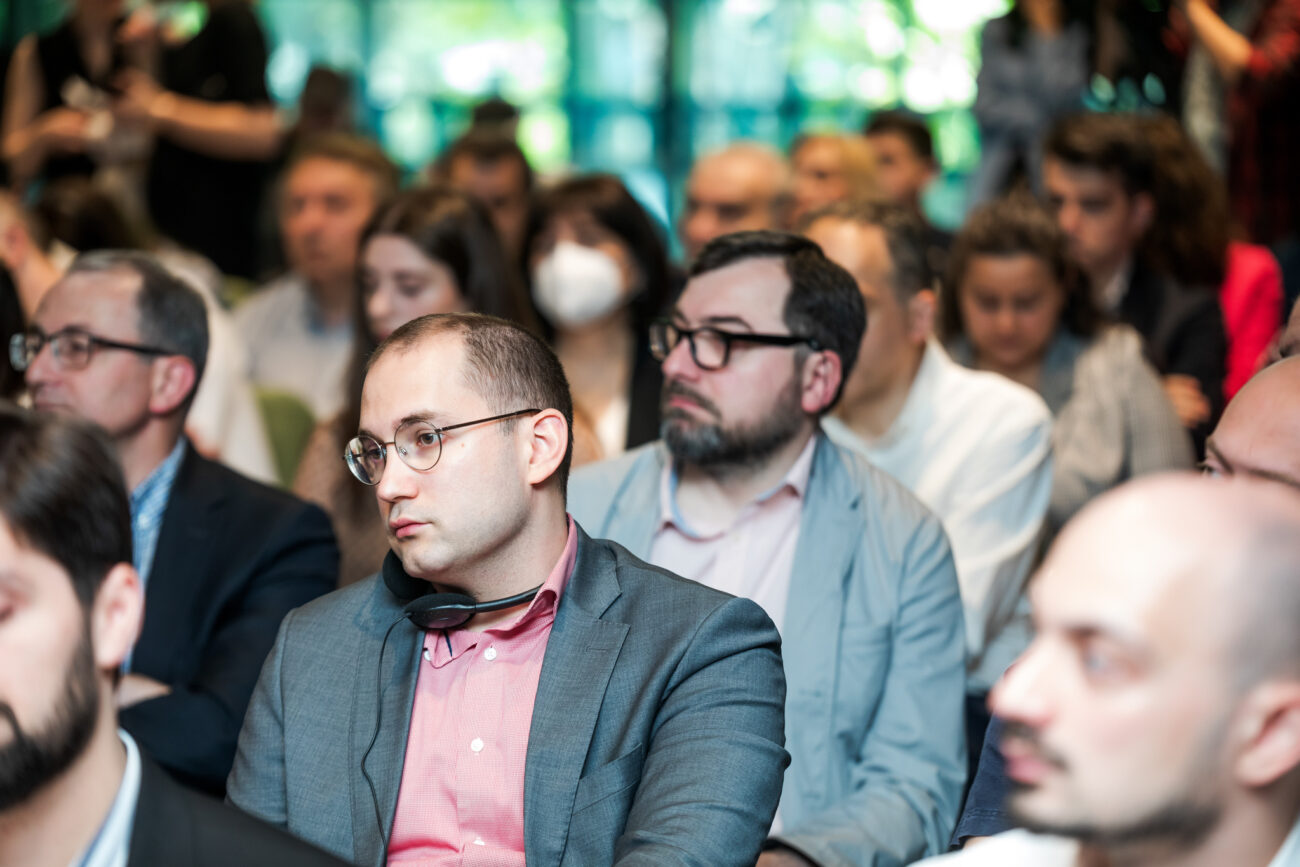 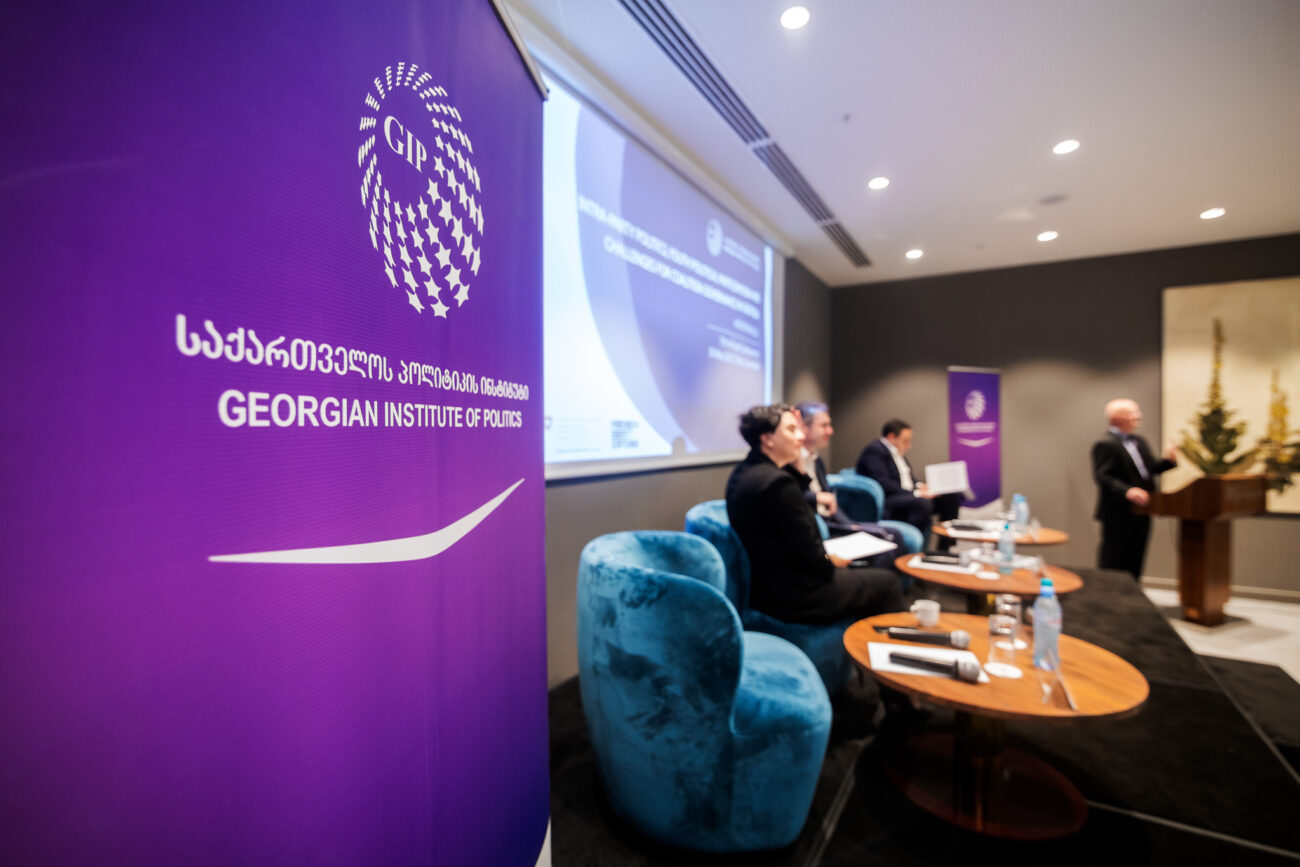 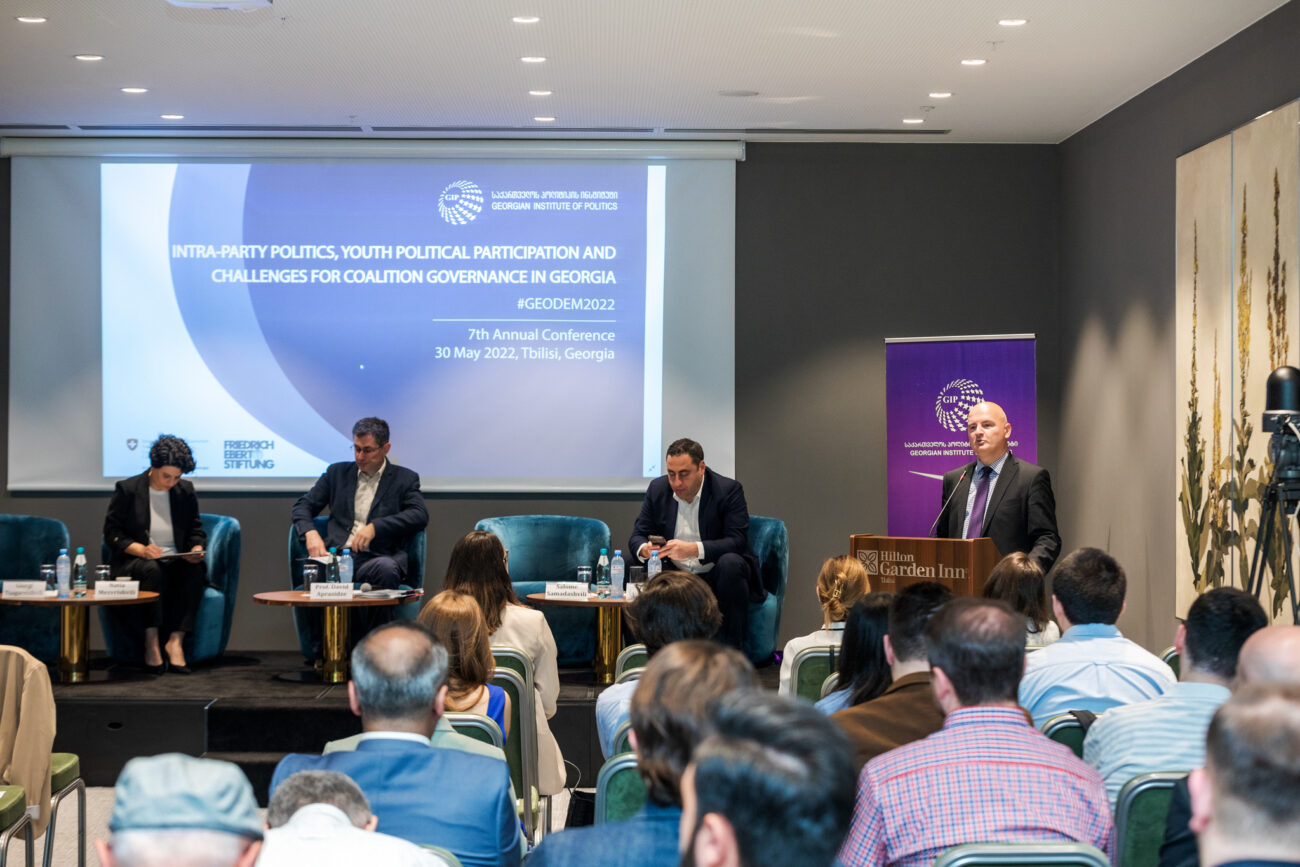 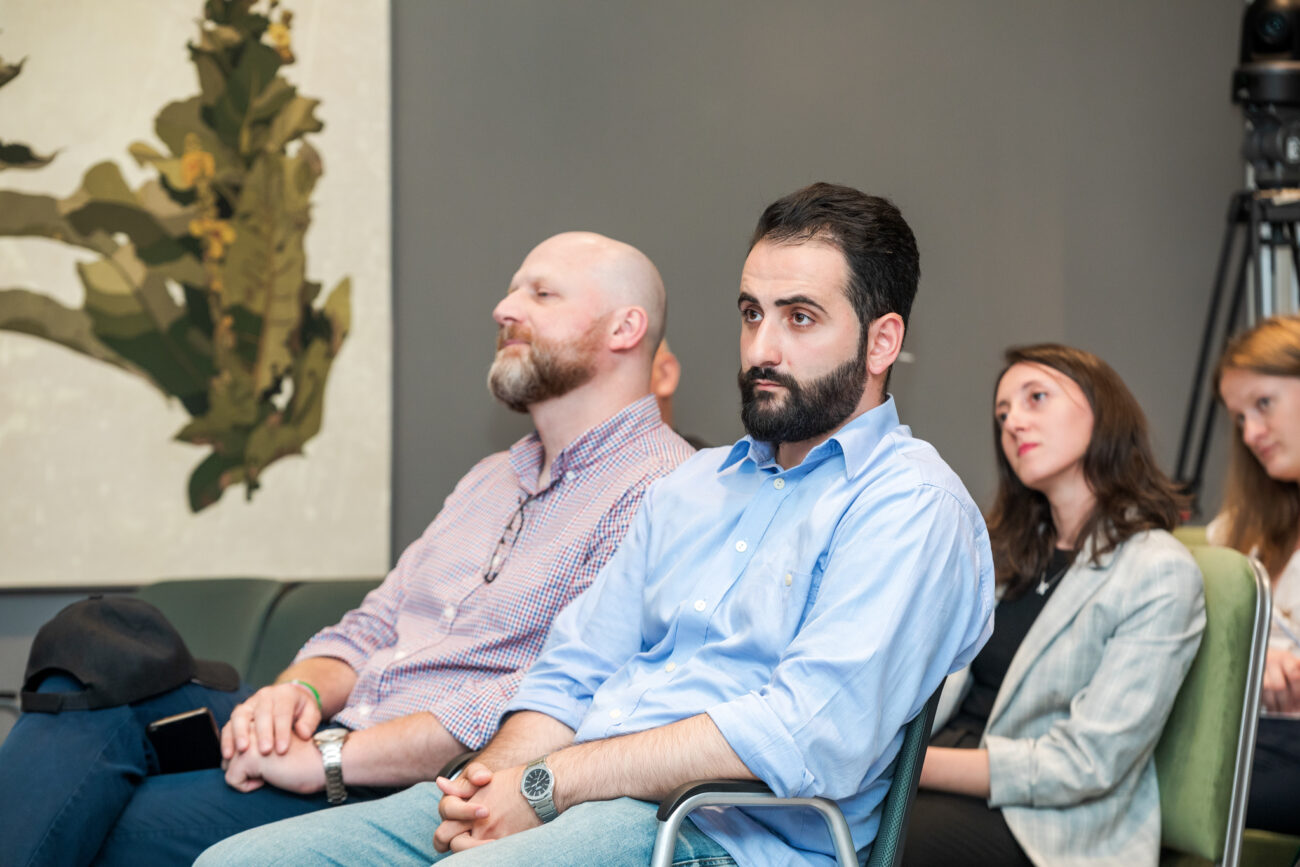 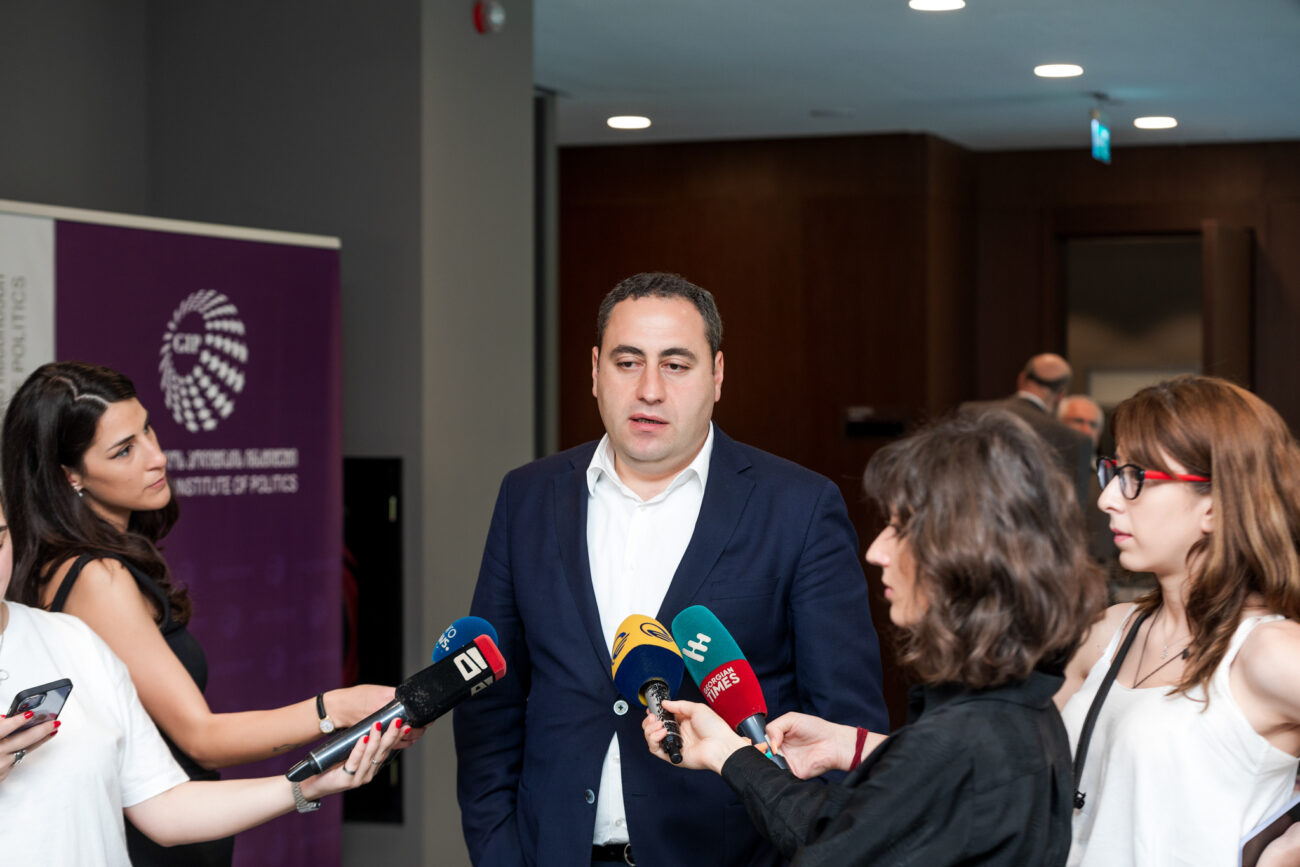 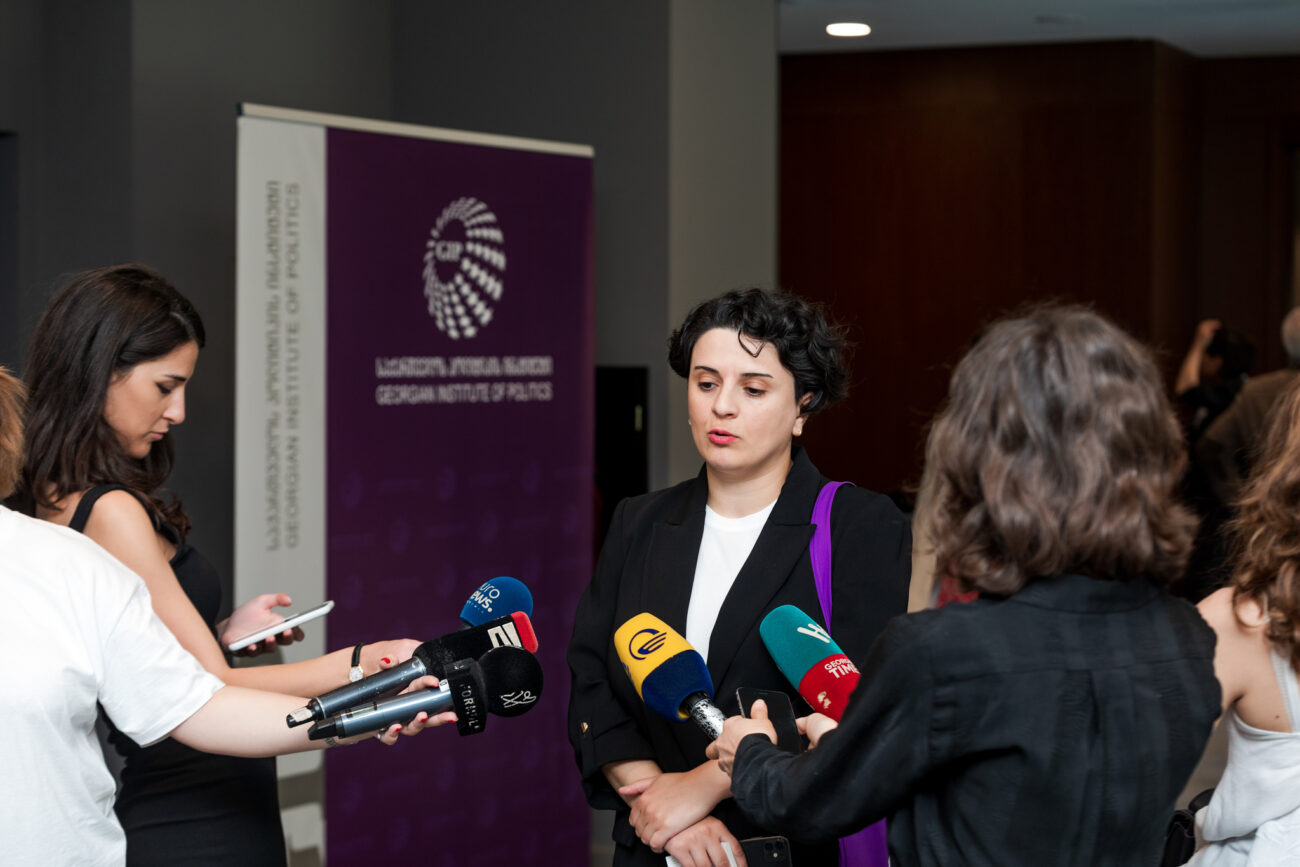 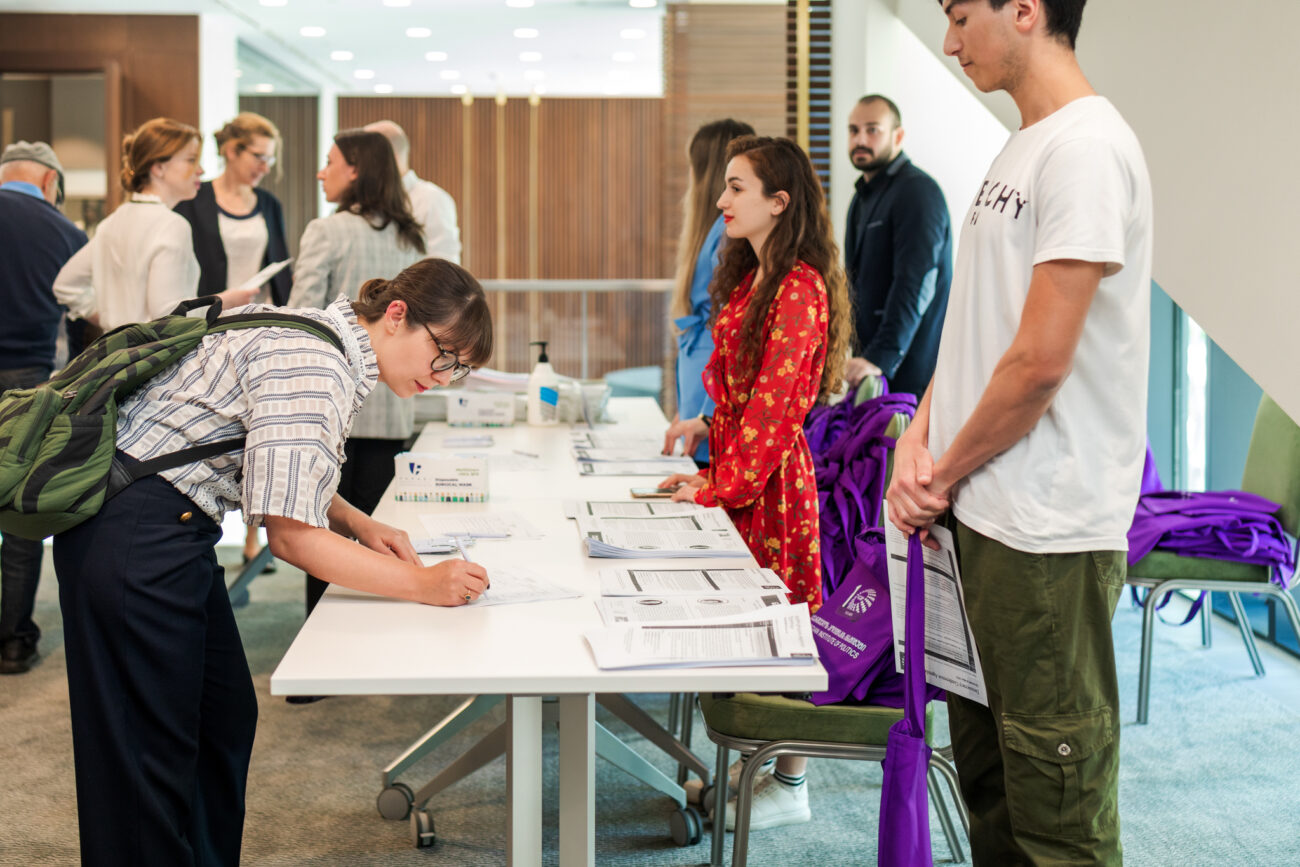 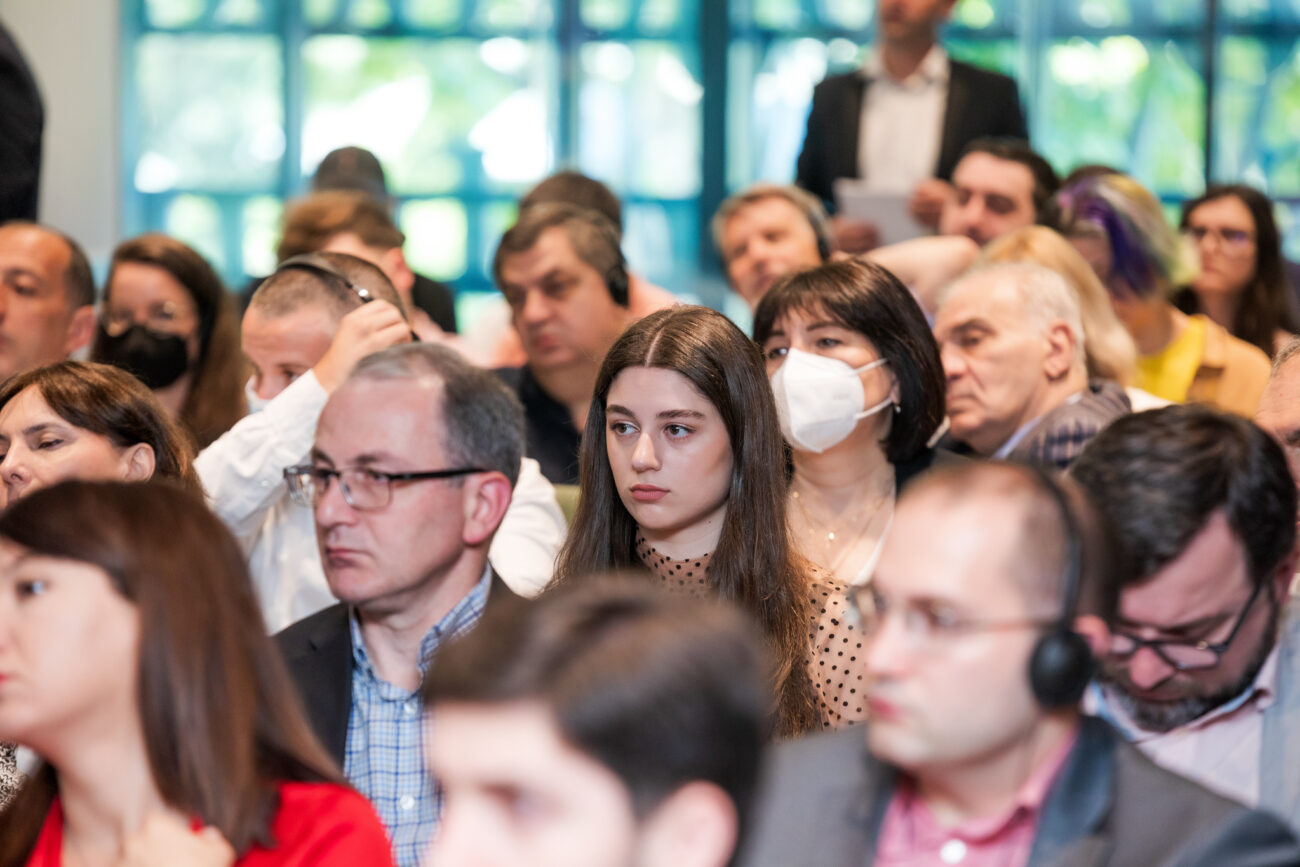 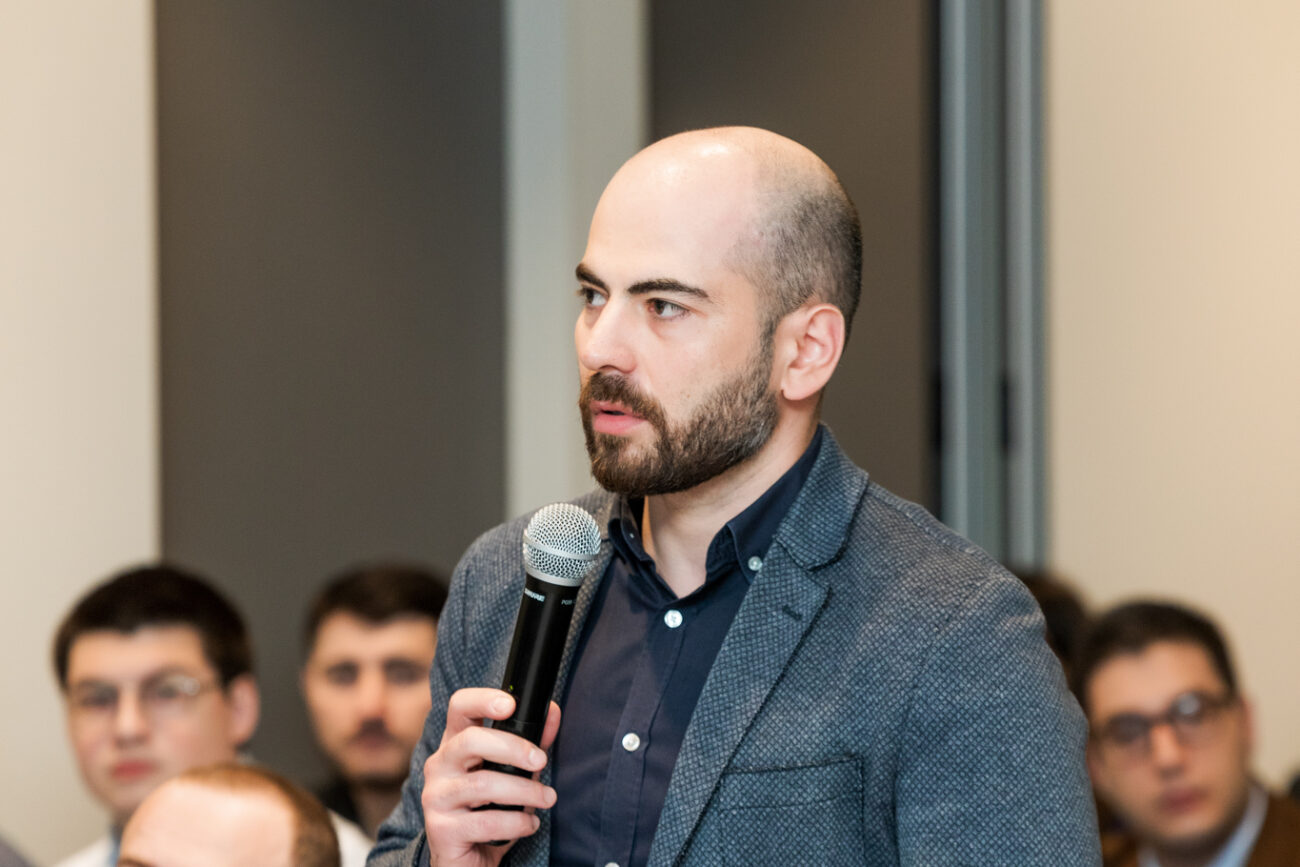 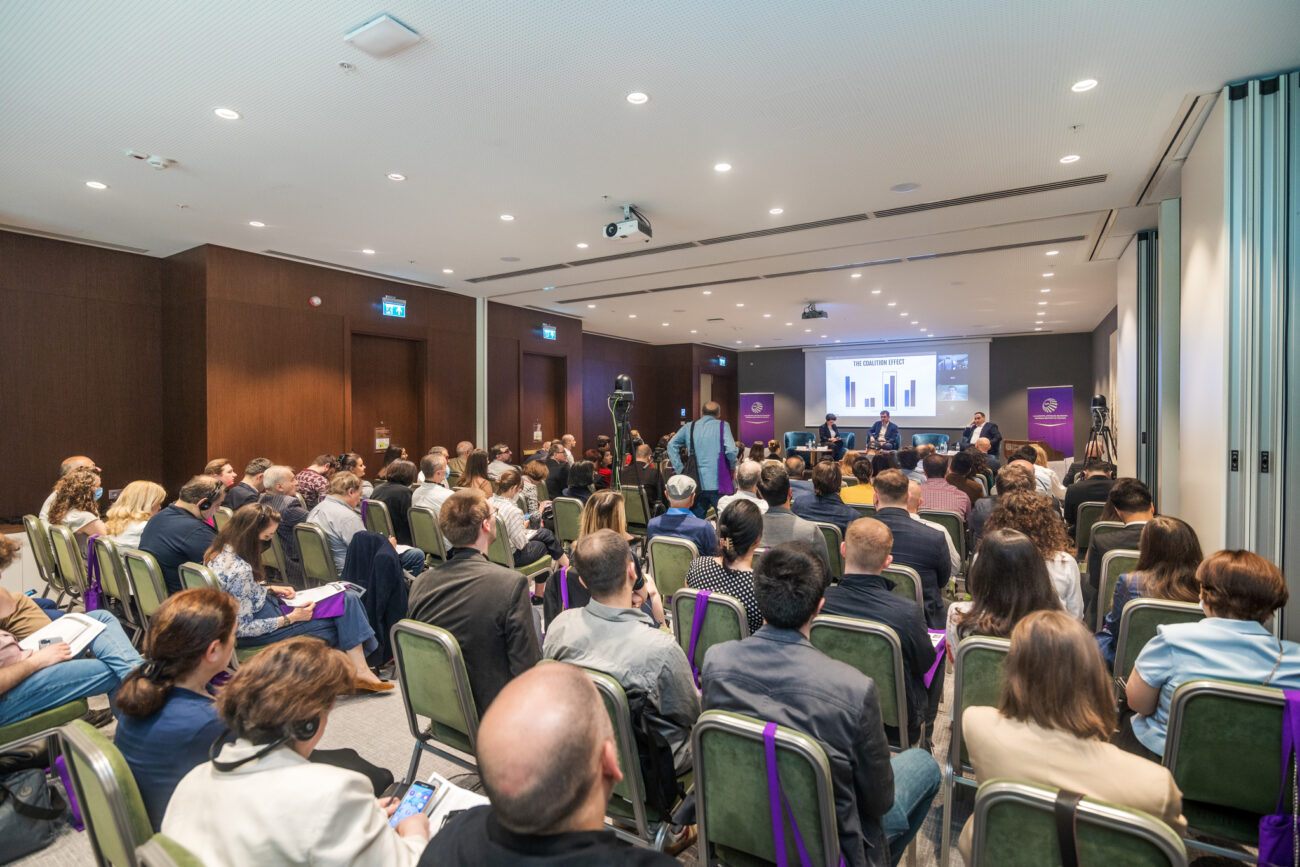