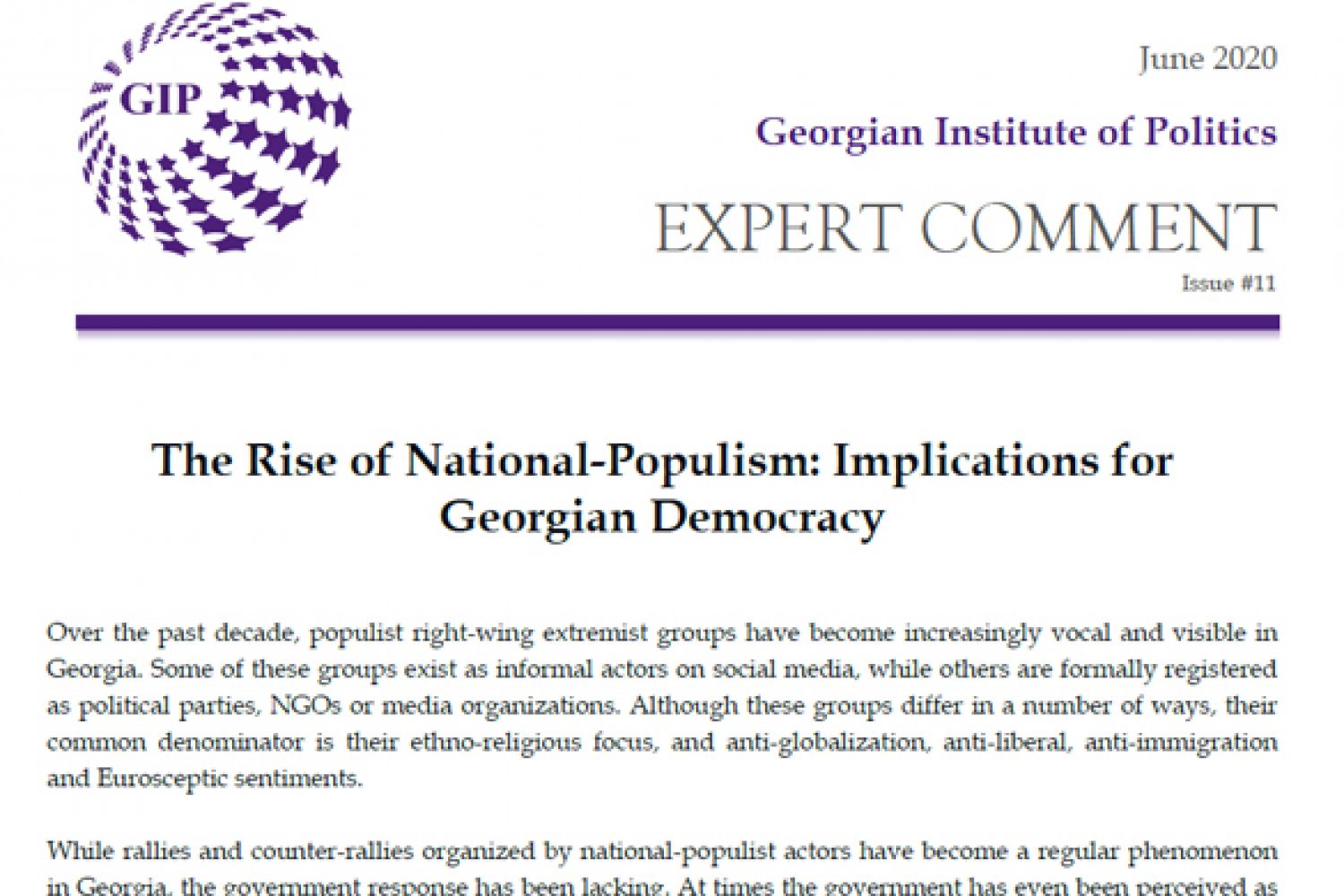 Over the past decade, populist right-wing extremist groups have become increasingly vocal and visible in Georgia. Some of these groups exist as informal actors on social media, while others are formally registered as political parties, NGOs or media organizations. Although these groups differ in a number of ways, their common denominator is their ethno-religious focus, and anti-globalization, anti-liberal, anti-immigration and Eurosceptic sentiments.

While rallies and counter-rallies organized by national-populist actors have become a regular phenomenon in Georgia, the government response has been lacking. At times the government has even been perceived as accommodating these actions. Over time, the further strengthening of national-populism might potentially undermine the normative and functional foundations of Georgia’s democratic development as has been the case in some other countries. Furthermore, it could theoretically challenge the permissive consensus among Georgian citizens regarding the process of European integration and force the populist Eurosceptic agenda on the government and other reform actors.

At the request of the Georgian Institute of Politics (GIP), a selection of experts from Georgia and the United States responded to the following questions: