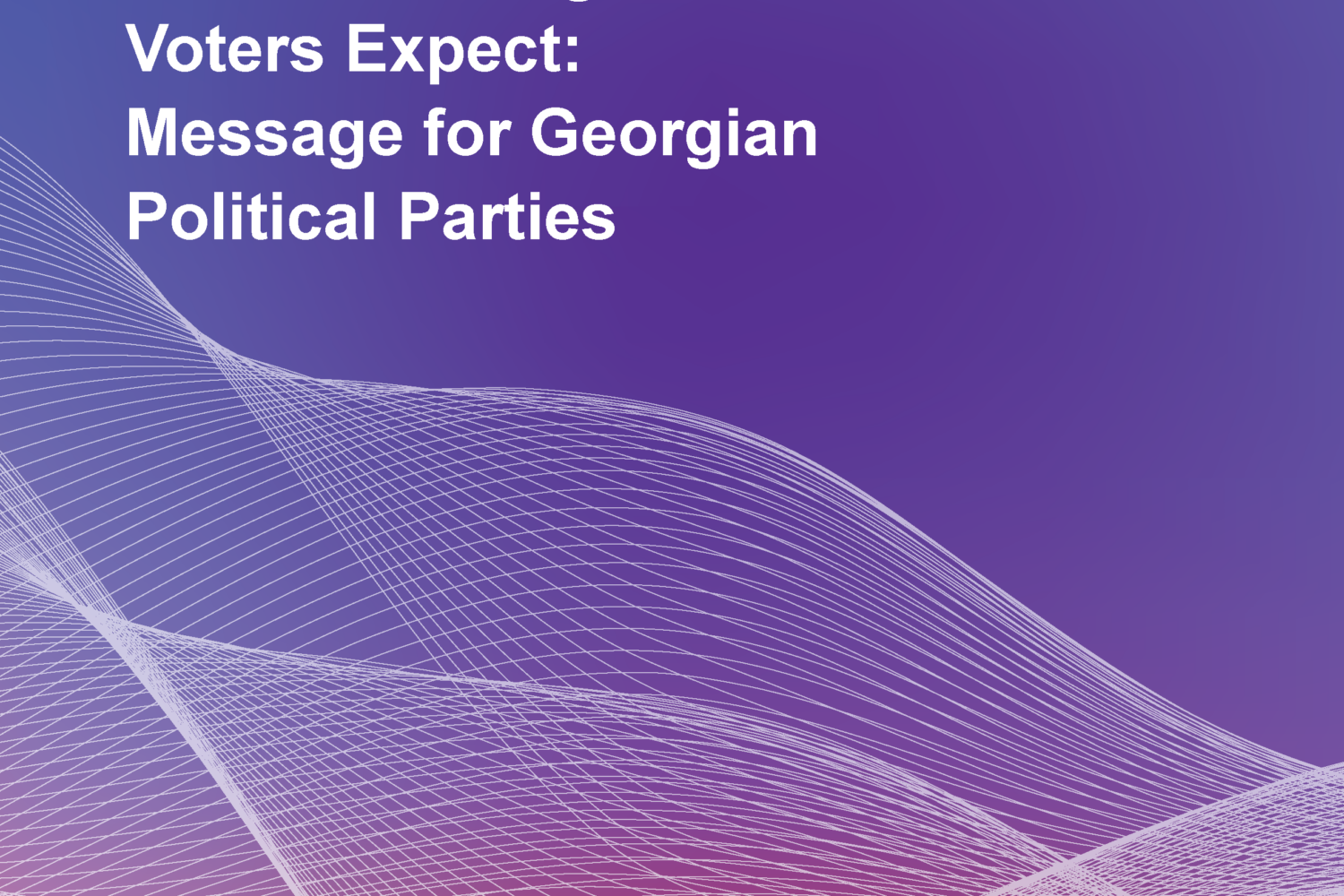 Political parties have a very important role to play in young democracies such as Georgia, where the culture of organized public involvement in political life is less developed. In a successful democratization process, the orderly functioning of political parties ensures the strengthening and consolidating of representative democracy [1]. Strong traditional political parties can withstand the risk to liberal democracies posed by the growing popularity of anti-establishment and populist political groups observed in recent years in a whole set of countries [2].

To a certain extent, it is the duty of political parties to act as a link between citizens and decision-makers. Political parties ensure that issues important to the public are put forward and voiced. However, political life in Georgia has entered a deep and long-standing political crisis in recent years, which was clearly demonstrated after the 2020 parliamentary elections. Polarization is gradually deepening in the country, which obstructs democratic consolidation and complicates cooperation between the political parties. The main political actors view politics as a zero-sum game, where the winner takes all. A similar flow of events is a hindering factor for the development of a sustainable political culture, since the institutionalization of the entire party system, not only one specific political party, is important for the improvement of a democratic process [3].

In fact, political parties have a decisive role in establishing and strengthening a sustainable political culture in the country. The ruling party, as well as the political opposition, have a duty to offer voters an issue-based discussion and positive political agenda, which would help to reduce extreme polarization and put the cooperation between political actors on a civilized track. In this context, it is important that geopolitical changes taking place in the region, and the unification of the Western countries against the Russian military aggression in Eastern Europe, open the window of opportunity for Georgia to solidify its European perspective and embark on an irreversible path toward European integration. Unity within the Georgian political spectrum and its commitment to the process of democratization will be instrumental in this process.

The manifesto below aims to present to the reader the expectations of Georgian voters of political parties during this complex domestic and regional crisis and offers recommendations to the parties on possible strategies to bring the interests of public and political actors as close as possible.

In order to identify the expectations of the voters and what they look for from the parties, working groups made up of the members of these parties and civil society representatives conducted 19 field trips in different regions of Georgia. The research covered 16 municipalities, including three large cities (Batumi, Kutaisi and Rustavi) in both the Eastern and Western parts of Georgia. Ensuring anonymity and complying with all the relevant norms, the groups conducted focus group meetings and in-depth interviews with potential or identified supporters in these geographic areas. As a result, the working groups established ten main expectations that voters have of political parties. The manifesto offers possible response strategies for each of the expectations (on average 4-6 responses for each of the voter expectations).

This inter-party manifesto “What do voters expect Message for Georgian political parties” was created within the framework of the project “Strengthening Sustainable Political Culture Among Georgian Political Parties”. With the support of the Swiss Confederation Embassy in Georgia, the Georgian Institute of Politics (GIP) facilitated the joint work of young members of ten political parties and civil society representatives. Small working groups created the document below based on the findings of fieldwork conducted in different regions of Georgia. The inter-party manifesto was created during a two-day workshop, based on the discussions of the participants in small working groups and later on their joint discussions. The document covers ten main findings of the young members of political parties and civil society representatives on what voters expect from political parties in Georgia. For each finding, the participants worked on possible strategies for party responses.

We hope that the precedent of joint work on an inter-party manifesto, as an experience of issue-based cooperation among parties, will support the establishment of a consensus-based political culture in Georgia, which is one of the main objectives of this project. The document, created within the framework of the project, offers political parties in Georgia an action strategy to help them plan activities in the period during elections that will move them closer to voters’ interests and needs. To do so, it is important that fieldwork was conducted by young members of the political parties in cooperation with civil society representatives, which should ensure the trustworthiness of the main findings outlined in the manifesto for the parties themselves. This manifesto presents the results, without any changes, of direct communication – expectations and mechanisms of responses – with voters and joint discussions of the working groups.