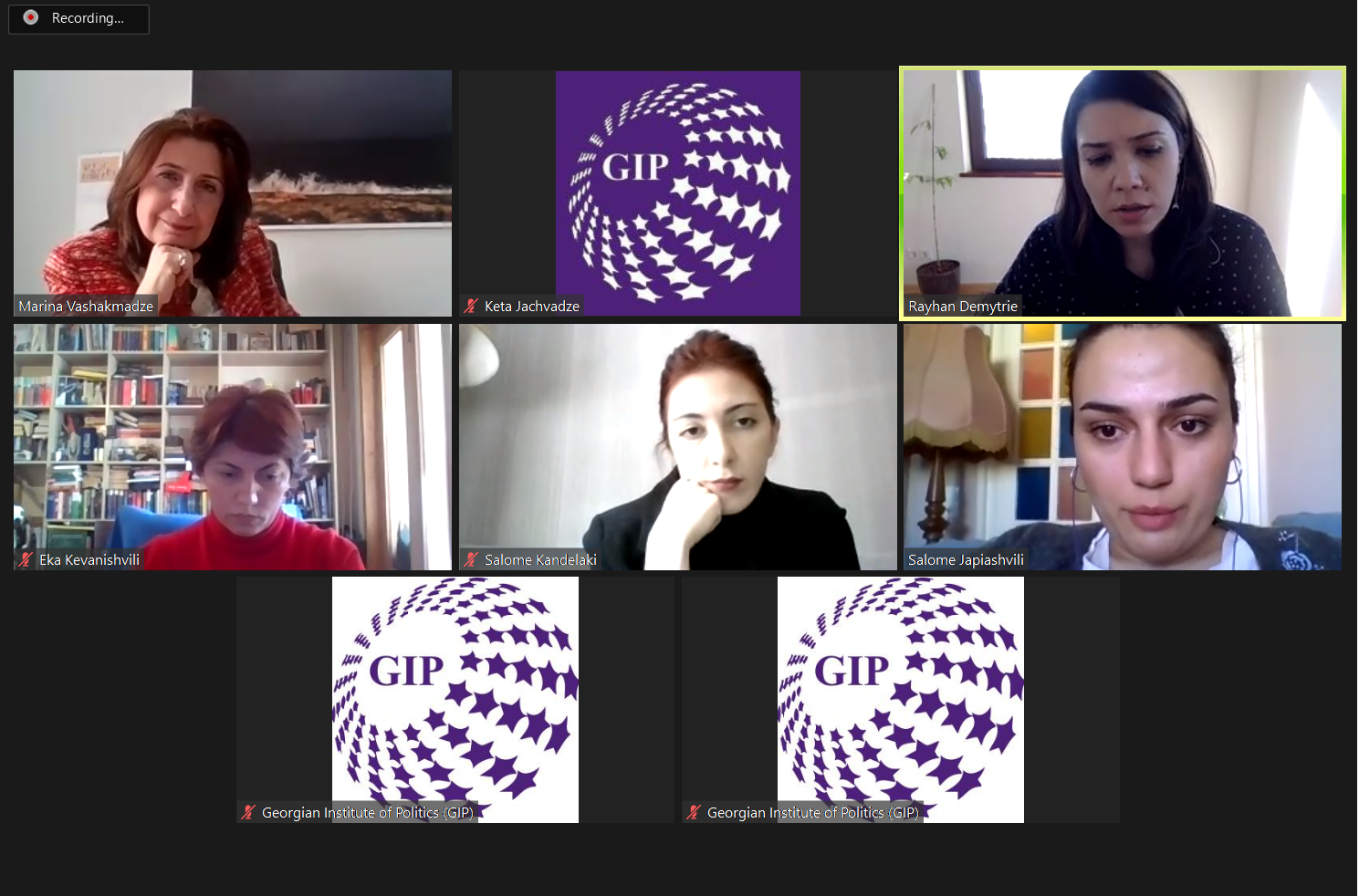 On April 21, Prof. Kornely Kakachia, the Director of the Georgian Institute of Politics, together with Marina Kaljurand, Member of the European Parliament, participated in a webinar “Georgia’s Political Crisis and the Effectiveness of the EU’s Response – What next? “. The first part of the discussion was connected to the current political situation in Georgia. The Director of GIP said that the recent agreement has relatively eased the situation, however it is necessary to take further steps and it is important that all political parties in Georgia become part of this agreement.

“The post-election period in Georgia was quite difficult. Most of the political parties took responsibility last week and signed the document proposed by the mediators. Such an outcome was not expected six months ago, but because of the involvement of mediators: The United States and the European Union, an agreement was reached. Despite the agreement, it is important to maintain engagement with Georgian political parties in order to continue moving forward. This may happen in the framework of the Jean-Monnet dialogue proposed by the MEPs to the parties.”

Dr. Kornely Kakachia also expressed his views on the parties that have not signed the agreement document yet:

“Although some of the opposition parties did not sign, I think that pragmatic decisions will be made in time and they will join the agreement. Despite the differences of opinions within the parties themselves, it is in their own interests to be able to better mobilize voters for the next election”.

Prof. Kakachia also expressed his opinion on Georgia’s integration to the European Union:

“When we talk about European integration and the country’s western course, we are talking not only about EU membership, but also about relations with NATO. It is important that expectations are realistic and not exaggerated. The country needs a European perspective, including to implement many important reforms. A new framework for relations is needed, where cooperation with the Eastern Partnership countries will be further deepened. It would be positive if the EU took an action like NATO did at the summit in Bucharest in 2008. Such a record that Georgia will one day join the EU would have a positive impact on Georgian people and would also respond to Russian propaganda”.

At the end of the meeting, Director of GIP stated that Georgia should continue its path of European integration.

Georgia’s Future with the European Union