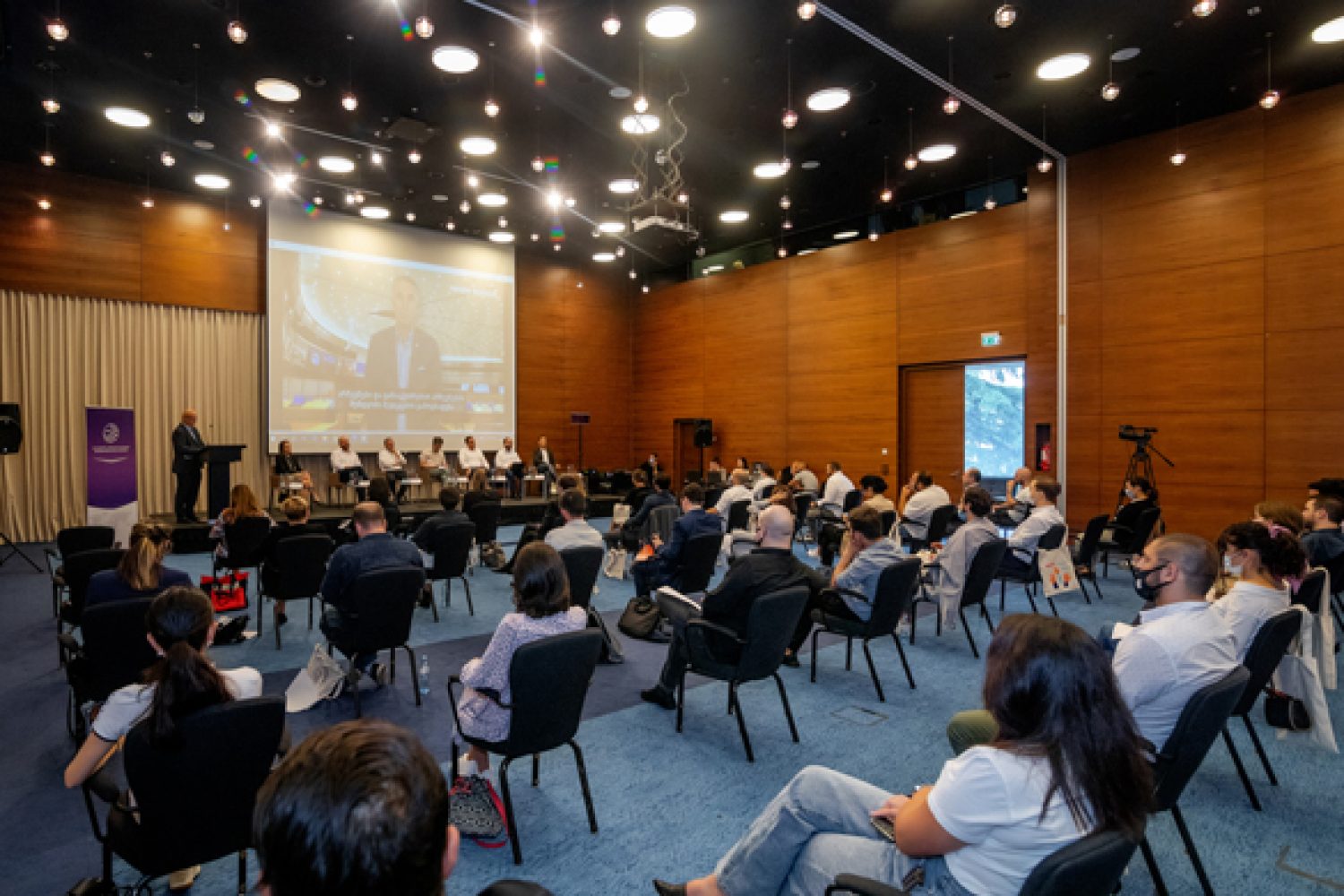 On 17th of September Georgian Institute of Politics (GIP) hosted a Policy Colloquium Pre-Election Debate – the first live event, which GIP has organized since the start of the Covid-19 pandemic. The Policy Colloquium, which took place at Radisson Blue Iveria, aimed at facilitating the debate on party programs, their stance on cross-cutting issues and promoting citizens’ – especially of the youth’s – involvement in political discussion. The event consisted of the two panels: 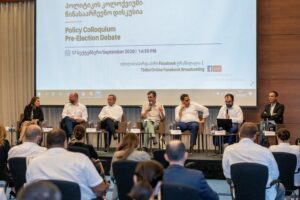 1. A structured debate about party programs among the leaders of the major political parties of Georgia and 2. The presentation of the Youth Manifesto accompanied by the reflection on the Manifesto from the side of the party representatives. The event took place with the financial support of the National Endowment for Democracy (NED) and the German Foreign Office.

The Colloquium was opened up with the opening remarks by Prof. Kornely Kakachia, Director of GIP, who welcomed the speakers and the guests, provided a brief outline of the two projects under which the event was organized, highlighted the key goals of the event itself and walked the audience through the event agenda. The opening remarks were followed by a video speech by Petras Auštrevičius, Member of the European Parliament and the Member of the Delegation to the EuroNest Parliamentary Assembly, who discussed the importance of the upcoming elections in Georgia and highlighted that the elections itself as well as the process of announcing the election results will be thoroughly analyzed by the EU and the OSCE/ODIHR.

The first panel, which was organized in the format of structured debate, was moderated by Prof. Davit Aprasidze, Professor of Political Science, Ilia State University. Six leading parties were represented by the following speakers: 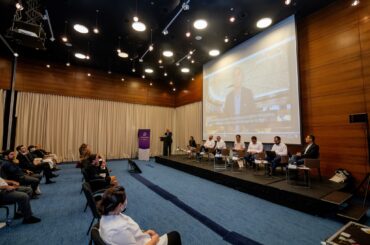 Each speaker was given 2 minutes in each round of the debate to present the vision of their respective party regarding the following topics:

At the end of the panel, the audience was given an opportunity to ask the questions of their interest directly to the party leaders. 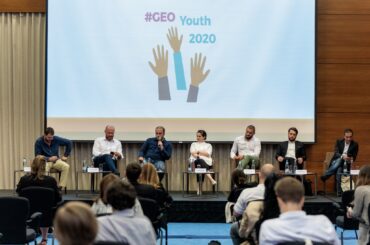 The second panel of the Policy Colloquium focused specifically on the youth engagement in politics. The major goal of this panel was to present the Youth Manifesto created with the engagement of more than 150 young people from all the regions of Georgia and to open up the discussion around the challenges identified and the potential solutions proposed by the young people themselves. The Youth Manifesto was prepared under the framework of the project “GEOYOUTH2020: Manifesto Engaging Youth in Politics in Georgia” implemented by GIP in partnership with the German grass-root think-tank organization POLIS180 with the financial support of the German Federal Foreign Office.

The panel was opened up by the GIP Deputy Director Renata Skardžiūtė-Kereselidze, who spoke about the importance of youth participation for healthy democratic development. Welcoming remarks were also made by Barbara de Tschaschell, First Secretary for Cultural, Political and Press Affairs, Embassy of the Federal Republic of Germany to Georgia. Frauke Seebass and Anna Kiknadze, members of the project team from the side of POLIS180 addressed the audience and presented the details of the project itself. 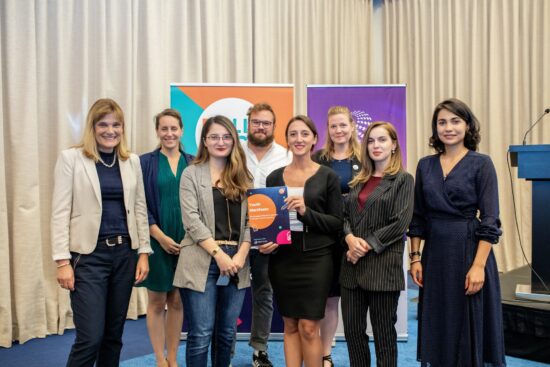 The Manifesto, which was presented by the two members of the project team from GIP – Nino Jibuti and Gvantsa Ichkiti, outlines the challenges young people face to become more politically engaged and the suggestions proposed on how to address them. 9 main challenges were identified which hinder young people’s political participation in Georgia:

The Lack of Human and Economic Resources and Limited Access to Information
Gender and Ethnic Stereotypes
Poor Education Quality on Different Levels: School, University, and Non-Formal Education
A Lack of Initiatives and Platforms for Engaging Youth in Political Processes
Discriminatory Treatment of Ethnic Minorities
A Lack of Trust in Political Parties/Nihilism
The absence of opportunities for youth in party units and young-voter oriented policies
Polarized/Closed Political Environment
Nepotism 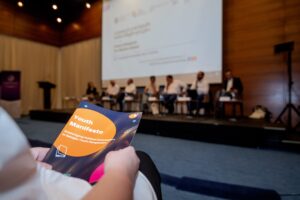 The Manifesto carries additional importance as it comes before the 2020 parliamentary elections and offers an opportunity for political parties to learn about the challenges faced by young people in Georgia. After the presentation of the Manifesto, the representatives of the six leading parties present at the panel were given two minutes each to reflect on the Manifesto and discuss how their respective party could respond to the challenges posed by the youth. At the end of the panel, participants of the GEOYOUTH2020 project had a chance to respond to the reflection of the politicians.

The recording of the complete event is available here