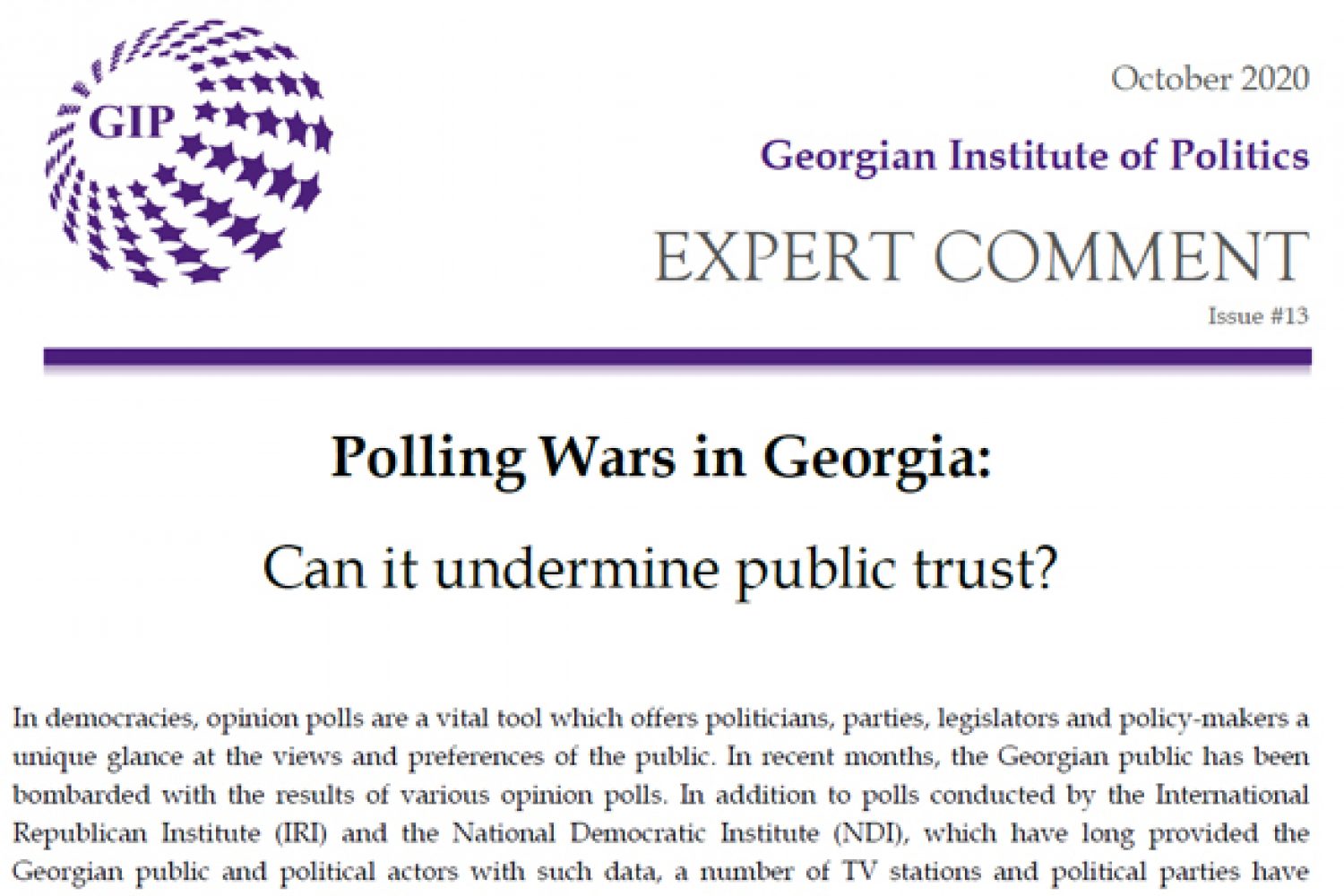 In democracies, opinion polls are a vital tool which offers politicians, parties, legislators and policy-makers a unique glance at the views and preferences of the public. In recent months, the Georgian public has been bombarded with the results of various opinion polls. In addition to polls conducted by the International Republican Institute (IRI) and the National Democratic Institute (NDI), which have long provided the Georgian public and political actors with such data, a number of TV stations and political parties have decided to launch, and publish, the results of their own public opinion surveys.

The diversity of results has caused some confusion as party ratings in different polls point in different directions, and it appears that this ideally objective sociological tool has been instrumentalized by various actors for political gains. With a majority of the population unconvinced by the results of nationwide polls, an increasing number of politicians from the ruling party, as well as the opposition, have cast doubts about the methodological soundness of some polls, and the political neutrality of some organizations which implement surveys. As a result of this controversy, polling, an important instrument within a functioning democracy, may continue to lose public trust.

At the request of the Georgian Institute of Politics (GIP), a selection of experts from Georgia, Germany, and the United States responded to the following three questions: