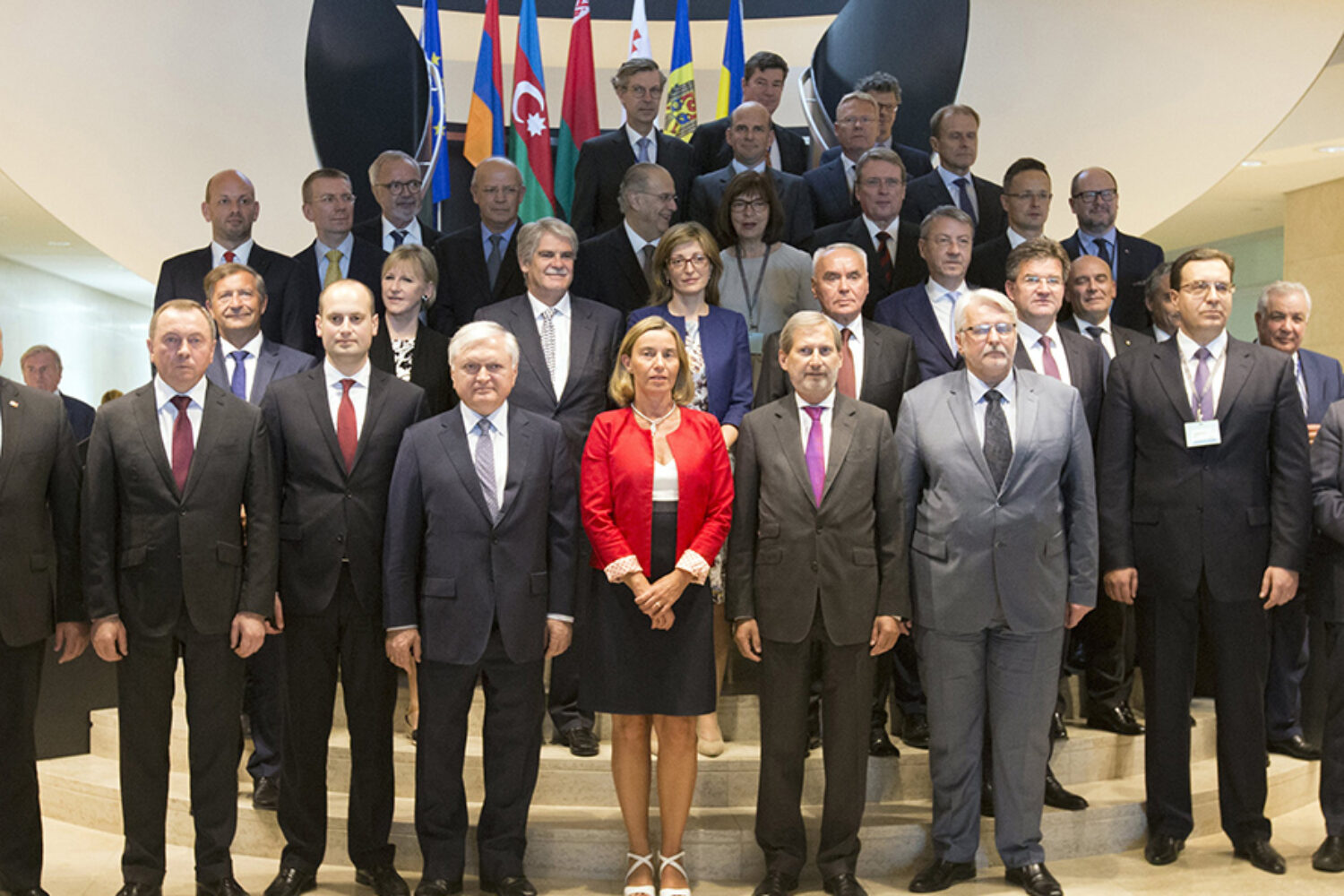 On June 28, 2017, the German Bundestag adopted a resolution on the Eastern Partnership (EaP) countries. The document emphasizes the EaP’s role as an important instrument for modernizing its participating states—Armenia, Azerbaijan, Belarus, Georgia, Moldova, and Ukraine. The resolution also discusses prospects for the upcoming EaP Brussels Summit and expresses aspirations for strengthened cooperation and differentiated relations.

Due to the intense EU-Russia rivalry in the EU’s Eastern Neighborhood, the resolution makes reference to threats coming from the Russian Federation, noting that Russia’s actions are aimed at hampering the EaP countries’ rapprochement with the EU by pulling them into its sphere of influence.

In reference to the tensions between EaP partner countries and Russia, the resolution reconfirms the inadmissibility of Russian interference in the sovereign decisions of partner countries, and reaffirms the necessity of guaranteeing the territorial integrity of former Soviet states by the norms of international law.

After identifying Georgia as a regional leader within the 16 countries making up the European Neighborhood Policy (ENP) in the recent Global Strategy for the European Union’s Foreign and Security Policy, German MPs highlighted “important progress” achieved by the country within Eastern Partnership Program in terms of implementing democratic reforms. In the regular dialogue with the EU Georgia has repeatedly demonstrated that it is a reform-oriented country deserving special recognition. Reads the Bundestag resolution:

“In terms of implementing reforms envisaged by the Eastern Partnership Program, Georgia is a distinctive leader and deserves special recognition.”

Taking into consideration Berlin’s influence on EU-level policies, the Brussels Summit should result in a strengthening of EU-wide foreign policy. In particular, that would mean deepening relations with EaP countries and increasing prospects for deeper and more differentiated relations with dedicated partners, including Georgia.

The Eastern Partnership Ministerial in Luxembourg

The ministerial was chaired by the High Representative of the European Union for Foreign Affairs and Security Policy Federica Mogherini and attended by Johannes Hahn, Commissioner for European Neighbourhood Policy and Enlargement Negotiations. The ministerial was in the limelight in Georgia and in the international media, with coverage focusing on the preparations and potential deliverables of the Brussels Summit.

At the ministerial, the foreign ministers discussed the partnership’s achievements since the last summit in Riga in 2015.They focused on means and prospects for deepening cooperation within the EaP framework with the goal of achieving practical results and tangible benefits for the citizens of the six partner countries, including Georgia.

From Riga to Brussels: Four Priority Areas for the Eastern Partnership

At the ministerial, special attention was paid to a working document jointly prepared by the EEAS and the European Commission: “Eastern Partnership – Focusing on key priorities and deliverables.” The document is a kind of action plan guiding actions in the next phase of the EaP, providing specific initiatives and outlining milestones and targets for the 2017 EaP Summit and to be achieved by 2020.

At the Luxembourg ministerial, the participating countries confirmed that the upcoming Brussels Summit should provide further guidance for strengthening cooperation in the four priority areas of engagement agreed in Riga in 2015:

The EaP Ministerial and the Group of Friends of Georgia

In the framework of the Luxembourg ministerial, the dimensions of further cooperation were discussed at an informal meeting of the Group of Friends of Georgia organized by Latvia and Slovakia. The Group of Friends of Georgia plays an important role in support of the country’s Euro-Atlantic integration, supporting Georgia’s aspirations and even being a voice for its interests in formats where it is not officially represented.

The ministerial provided another important occasion for Georgia to present the progress it has achieved to its partners both assessing the existing situation and outlining further steps for domestic reforms.

As Georgian Foreign Minister Mikheil Janelidze noted in his speech, European integration plays a special role in Georgia’s democratic development. He stressed the importance of the Eastern Partnership Summit in terms of determining new perspectives for deepening Georgia’s relations with the EU and achieving the desired level of integration.

Janelidze also emphasized the Georgian government’s commitment and readiness to realize the full potential of co-operation with the EU to provide tangible benefits to Georgia’s citizens within the association process.

What Should Georgia Expect from the Brussels Summit?

Following the Visegrad Group statement, in May 2017, Johannes Hahn Commissioner for European Neighbourhood Policy and Enlargement Negotiations visited Georgia to discuss prospects for the EaP Brussels Summit. After the meeting with Hahn, Janelidze noted the following:

“The EU highly appreciates Georgia’s ambitions within the framework of the Eastern Partnership, describes our reforms as impressive and sees Georgia as a role model of success and a bearer of European perspective.”

According to recent events and the statements of EU high officials, political differentiation is an important concept to be discussed at the upcoming EaP Summit in Brussels. If implemented, differentiation would mean tailoring different integration paths for different EaP member countries. As a leading reformer within the group, Georgia stands to benefit from such an approach. If the Summit results in Georgia being offered a European perspective, that would give the country the status of a potential EU candidate.