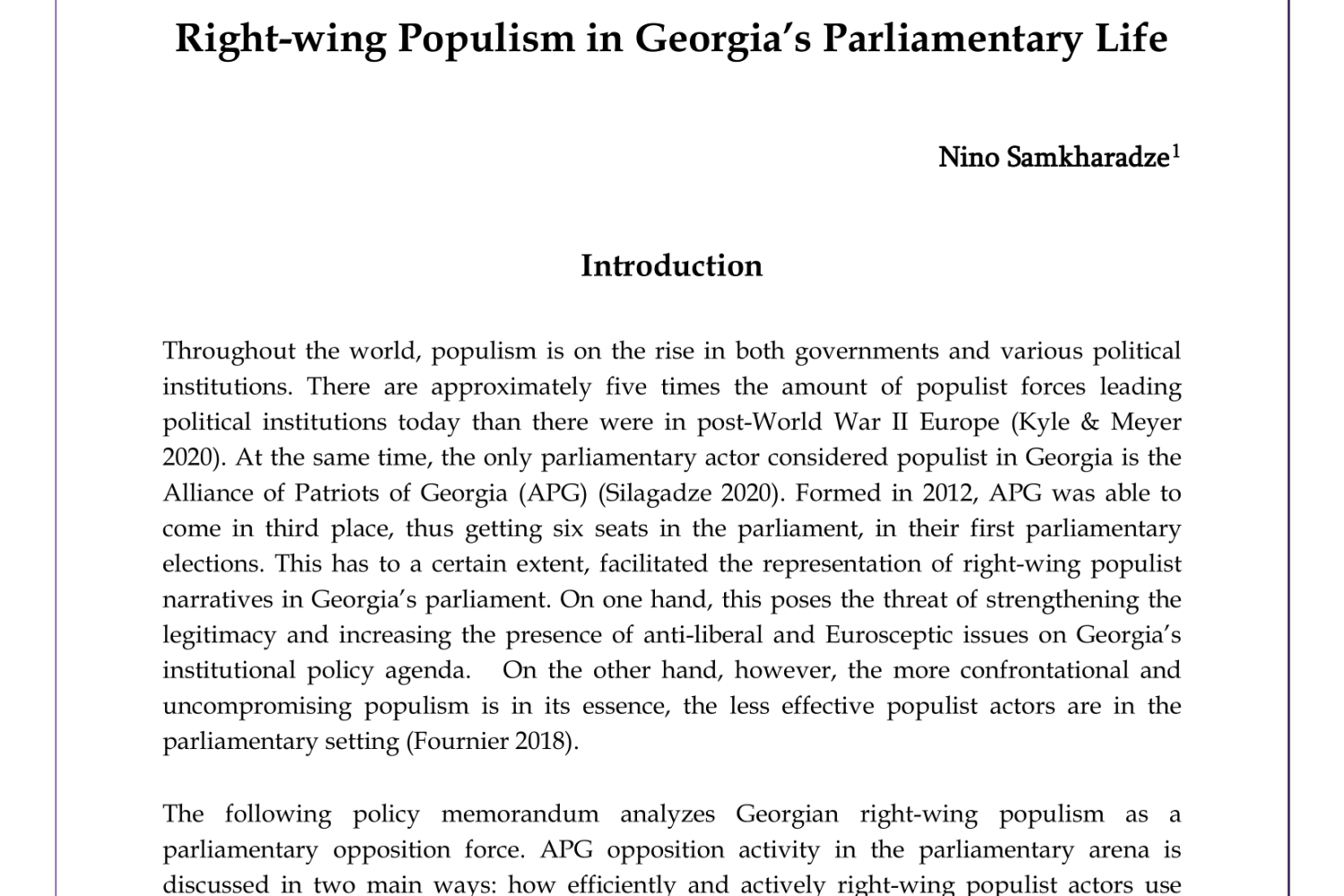 Throughout the world, populism is on the rise in both governments and various political institutions. There are approximately five times the amount of populist forces leading political institutions today than there were in post-World War II Europe (Kyle & Meyer 2020). At the same time, the only parliamentary actor considered populist in Georgia is the Alliance of Patriots of Georgia (APG) (Silagadze 2020). Formed in 2012, APG was able to come in third place, thus getting six seats in the parliament, in their first parliamentary elections. This has to a certain extent, facilitated the representation of right-wing populist narratives in Georgia’s parliament. On one hand, this poses the threat of strengthening the legitimacy and increasing the presence of anti-liberal and Eurosceptic issues on Georgia’s institutional policy agenda.   On the other hand, however, the more confrontational and uncompromising populism is in its essence, the less effective populist actors are in the parliamentary setting (Fournier 2018).