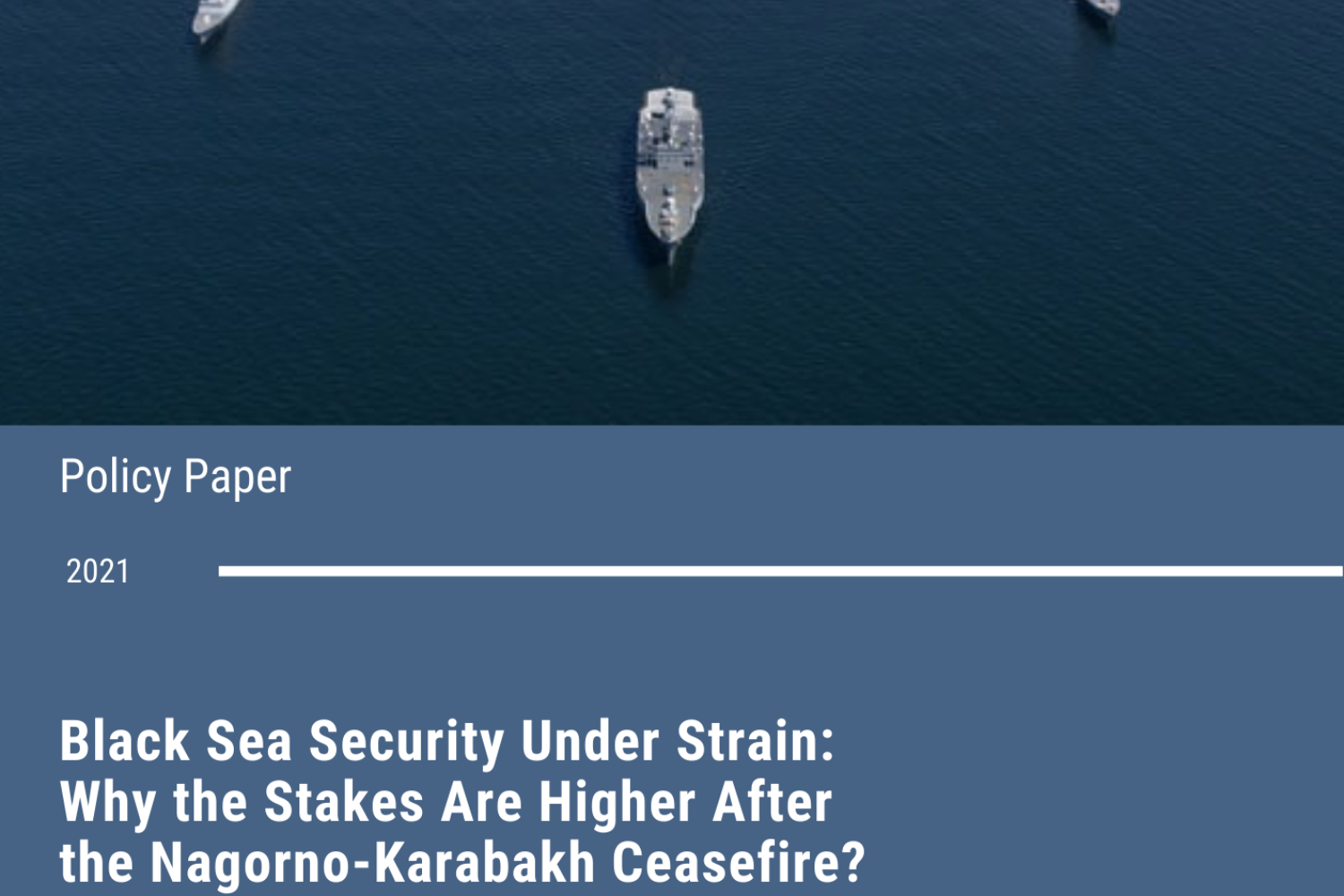 The autumn war in Nagorno-Karabakh and the outcomes of the ceasefire turned unexpectedly into a gamechanger, with implications far beyond the South Caucasus. In the aftermath, the escalation of events created long lasting shifts in the region’s dynamics. Russia’s brokerage of the truce after hostilities between Azerbaijan and Armenia marked a “diplomatic victory”, enhancing its position as a leading, and what is more alarming, the only viable peacemaker in the area. Moreover, an increasingly belligerent Turkey, now in tandem with a pragmatic Azerbaijan, will lead to far-reaching consequences for the wider Black Sea security architecture. Under the circumstances of the West’s absence and Russia’s militarization of the Black Sea, the littoral states will be more sceptical about initiating any lasting regional cooperation projects. This policy paper argues that unless Russia’s assertive stance is countered by commensurate action of the EU and NATO, the Nagorno-Karabakh agenda post November 2020 creates a worrying precedent for the EaP partner countries, particularly Georgia and Ukraine. They are left with no other option than to adopt a pragmatic stance, maneuvering between Russia and the West, and only formally sticking to the Euro Atlantic vector, failing to invest into much needed reforms. On a long-term perspective, the risk is that the Black Sea and South Caucasus will see protracted instability, which would undermine any initiatives for cooperation.