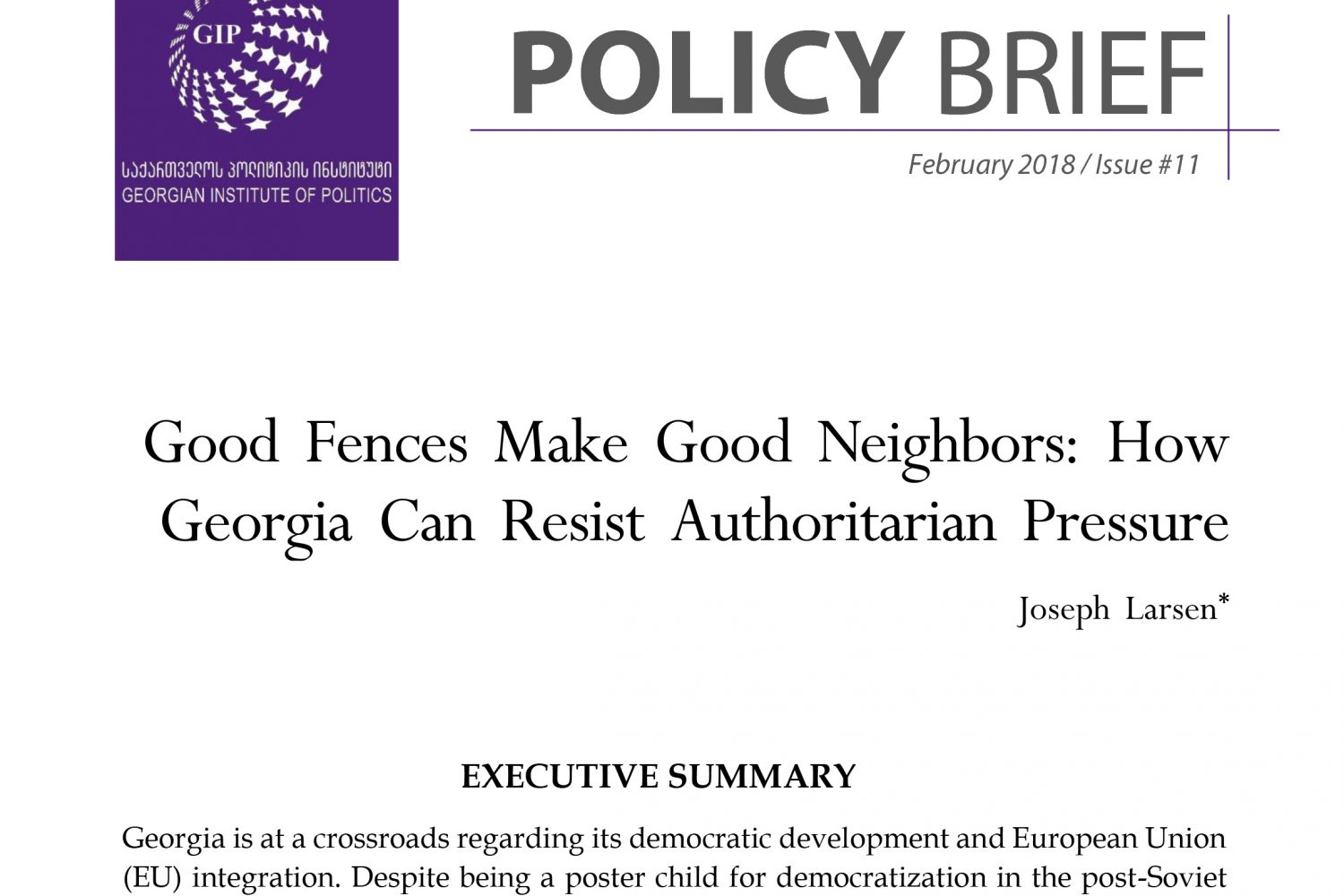 Georgia is at a crossroads regarding its democratic development and European Union (EU) integration. Despite being a poster child for democratization in the post-Soviet space, its progress in consolidating democratic institutions has stagnated since the ruling Georgian Dream (GD) party won a constitutional supermajority in 2016. Untrammeled by parliamentary opposition and operating within a system of weak checks and balances, GD’s parliamentary majority has made a number of moves that cast doubt on its commitment to further democratic consolidation. Making matters worse, Georgia is being pressured by two authoritarian neighbors—Azerbaijan and Turkey—to flout its human rights obligations. This has occurred as the country is attempting to obtain a membership perspective with regards to integration with the EU. This paper addresses a crucial question: Can Georgia continue to functionally integrate with its authoritarian but economically powerful neighbors—namely Azerbaijan and Turkey—without jeopardizing its ambitions for full EU membership? If so, how can Georgia’s government strike an adequate balance in this regard? This paper addresses the above questions in detail while providing specific policy recommendations for maintaining regional economic integration while continuing to democratize and politically integrate with the EU.