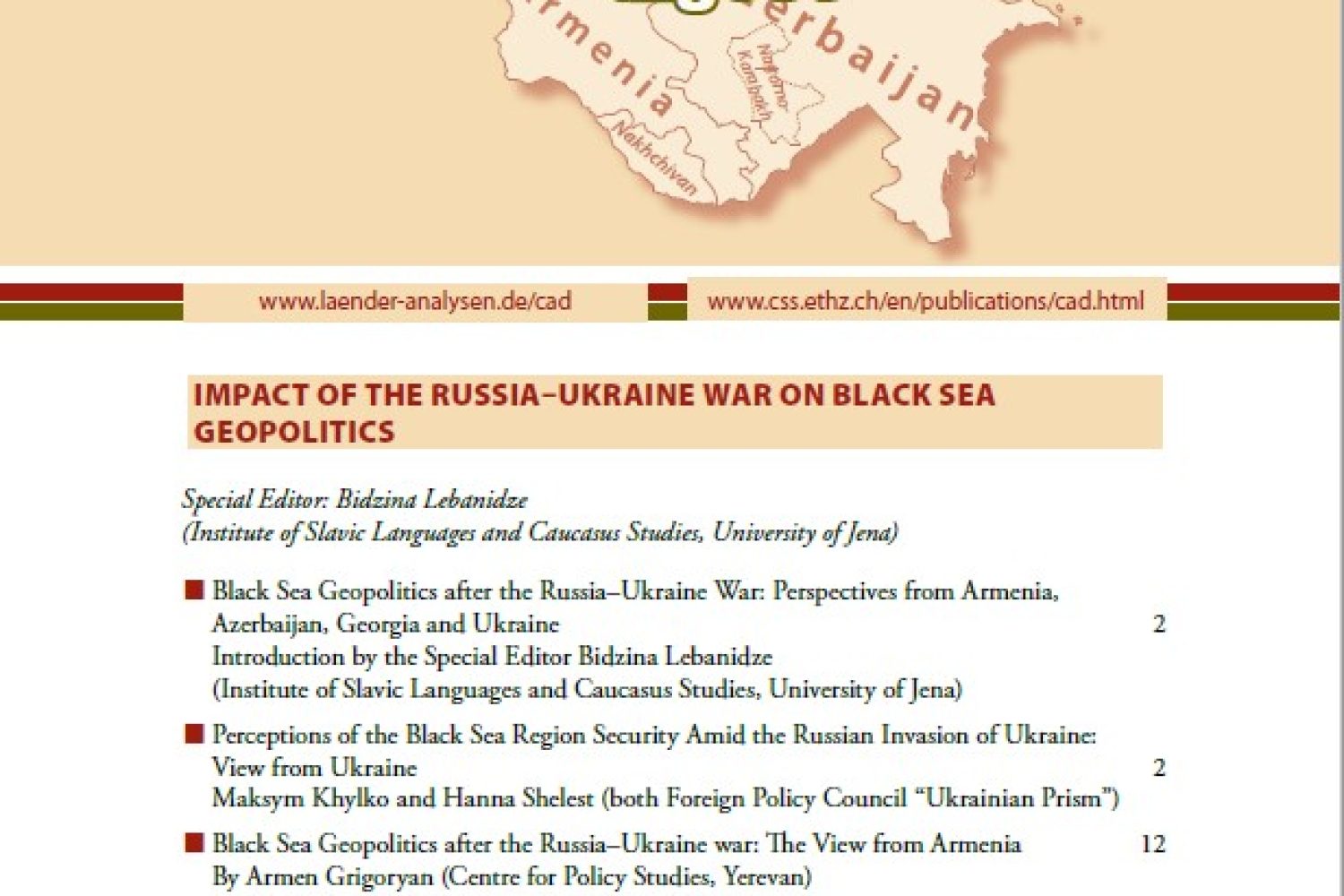 Russia’s invasion of Ukraine turned the European security order upside down. Many European countries are in the process of rethinking their security arrangements to better adapt to the deteriorated geopolitical environment. Most affected by Russia’s aggressive policies are, however, the so-called new Eastern European states located in the wider Black Sea region and considered part of its Near Abroad by Russia. This special issue explores the perceptions of political elites and foreign policy communities towards Russia’s recent geopolitical assertiveness in Ukraine and the countries of the South Caucasus—which build an important part of the Black Sea’s political and economic ecosystem.

The contributions of this special issue provide an interesting comparative perspective of how local foreign policy communities in the South Caucasus and Black Sea countries view geopolitical and security challenges in the Black Sea area emanating from the Russian invasion of Ukraine. Maksym Khylko and Hanna Shelest provide a view of Black Sea security from Ukraine and explore the potential for cooperation between Ukraine and the South Caucasus states. Armen Grigoryan explores the impact of the Russia–Ukraine war on Armenia and analyses Armenian perceptions about shifting geopolitical circumstances in the South Caucasus and the Black Sea area. Anar Valiyev, Ahmad Alili and Fidan Namazova discuss the implications of the Russian invasion of Ukraine for Azerbaijan’s balancing foreign policy and Baku’s “silent diplomacy” in the Black Sea region and beyond. Finally, Bidzina Lebanidze and Salome Kandelaki unpack the Georgian views of the changing Black Sea security dynamics after the Russia–Ukraine war and discuss its implications for Georgia’s foreign and domestic policy.

This special issue is partially based on the collaborative research project financially supported by the European Union and the Black Sea Trust for Regional Cooperation.