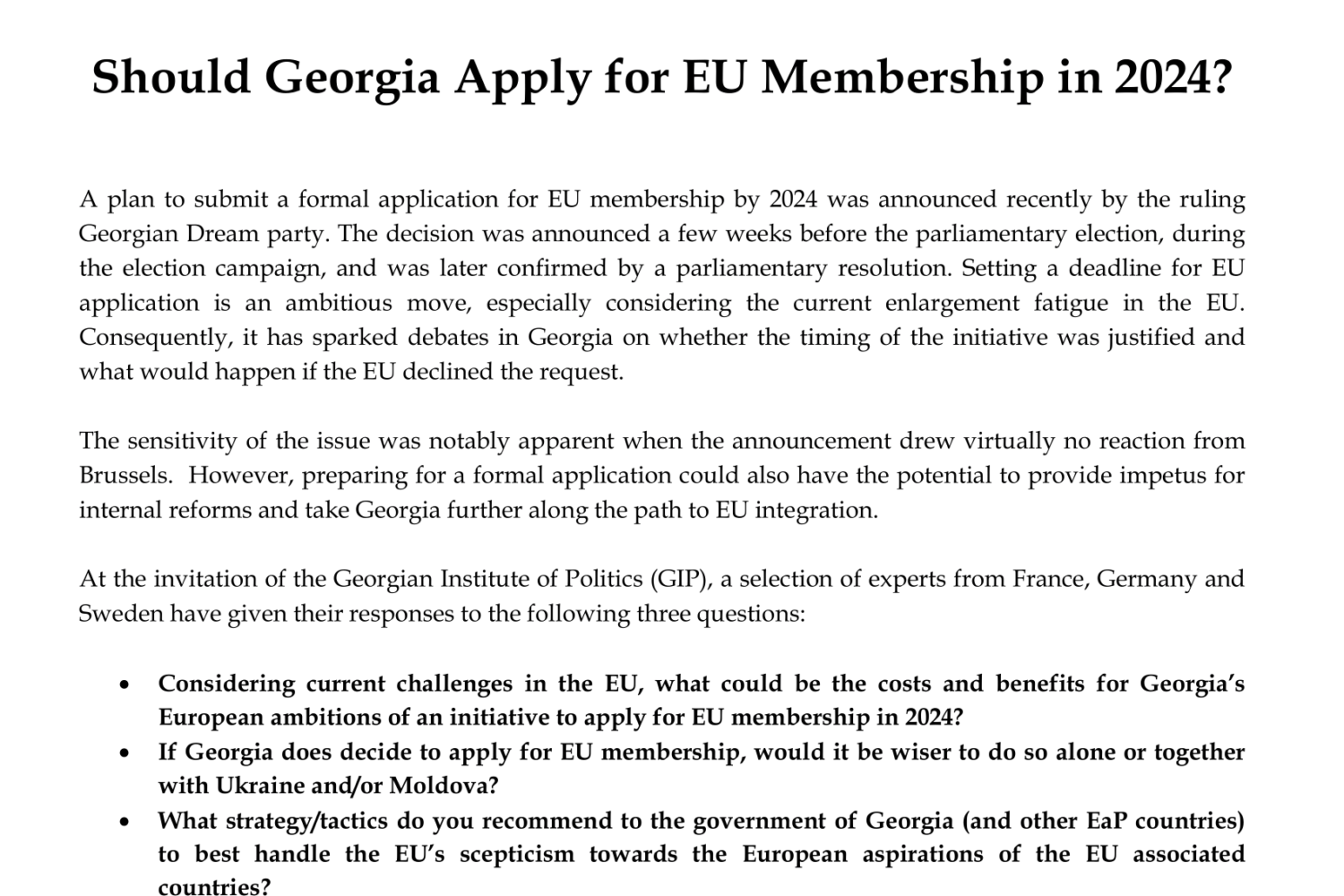 A plan to submit a formal application for EU membership by 2024 was announced recently by the ruling Georgian Dream party. The decision was announced a few weeks before the parliamentary election, during the election campaign, and was later confirmed by a parliamentary resolution. Setting a deadline for EU application is an ambitious move, especially considering the current enlargement fatigue in the EU. Consequently, it has sparked debates in Georgia on whether the timing of the initiative was justified and what would happen if the EU declined the request.

The sensitivity of the issue was notably apparent when the announcement drew virtually no reaction from Brussels.  However, preparing for a formal application could also have the potential to provide impetus for internal reforms and take Georgia further along the path to EU integration.

At the invitation of the Georgian Institute of Politics (GIP), a selection of experts from France, Germany and Sweden have given their responses to the following three questions: