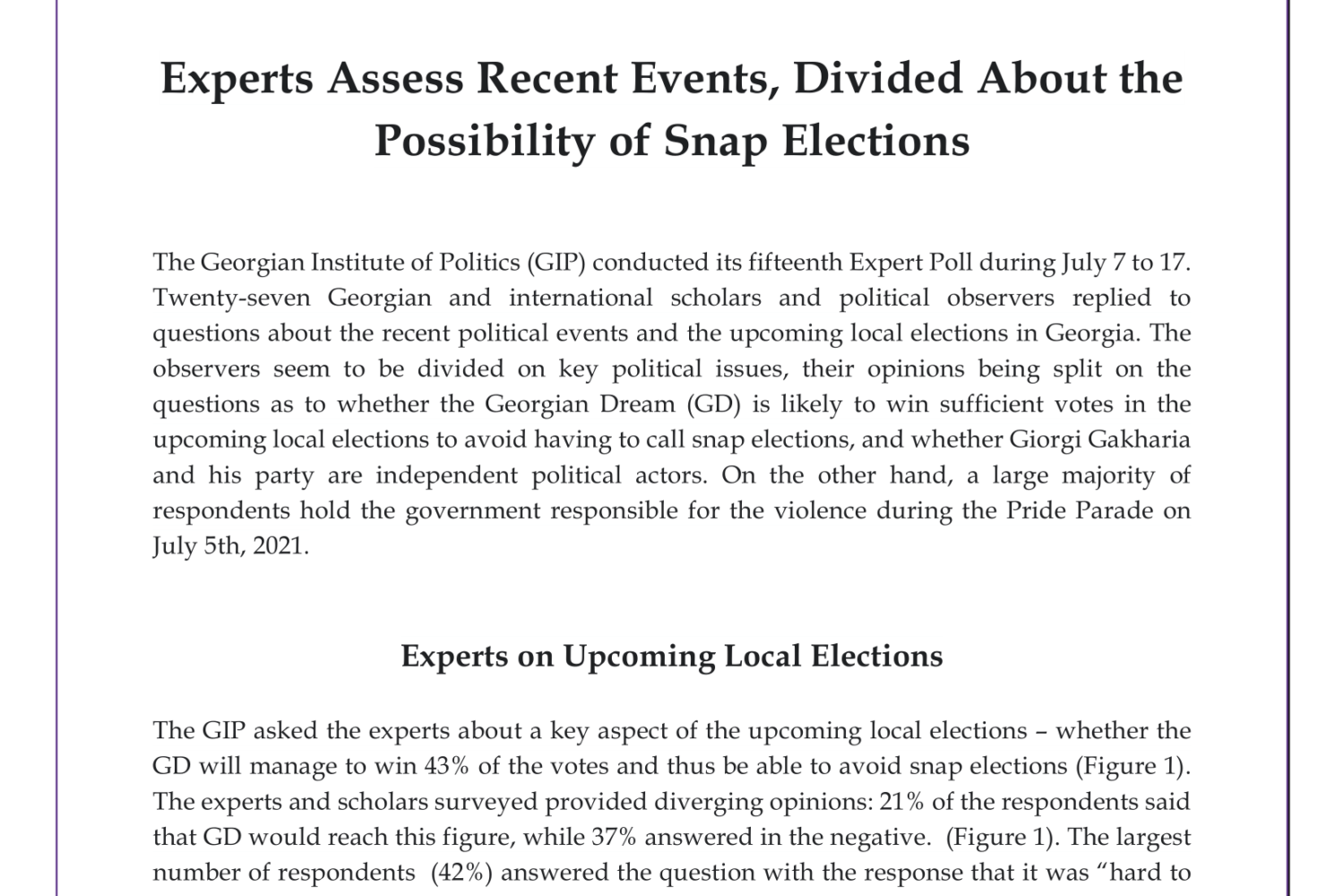 The Georgian Institute of Politics (GIP) conducted its fifteenth Expert Poll during July 7 to 17. Twenty-seven Georgian and international scholars and political observers replied to questions about the recent political events and the upcoming local elections in Georgia. The observers seem to be divided on key political issues, their opinions being split on the questions as to whether the Georgian Dream (GD) is likely to win sufficient votes in the upcoming local elections to avoid having to call snap elections, and whether Giorgi Gakharia and his party are independent political actors. On the other hand, a large majority of respondents hold the government responsible for the violence during the Pride Parade on July 5th, 2021.