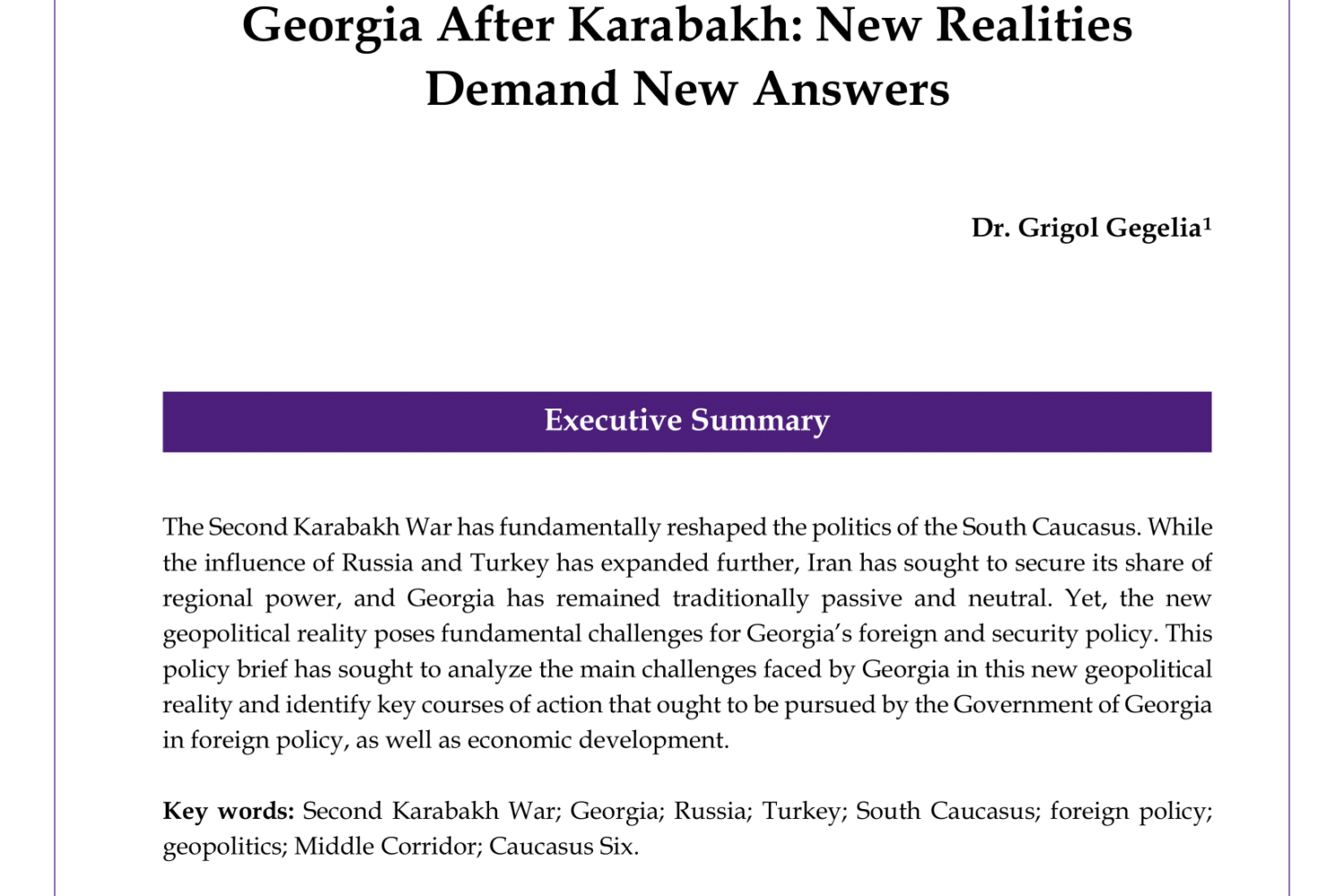 The Second Karabakh War has fundamentally reshaped the politics of the South Caucasus. While the influence of Russia and Turkey has expanded further, Iran has sought to secure its share of regional power, and Georgia has remained traditionally passive and neutral. Yet, the new geopolitical reality poses fundamental challenges for Georgia’s foreign and security policy. This policy brief has sought to analyze the main challenges faced by Georgia in this new geopolitical reality and identify key courses of action that ought to be pursued by the Government of Georgia in foreign policy, as well as economic development.

This publication was produced in cooperation with the Heinrich Boell Stiftung Tbilisi Office – South Caucasus Region.