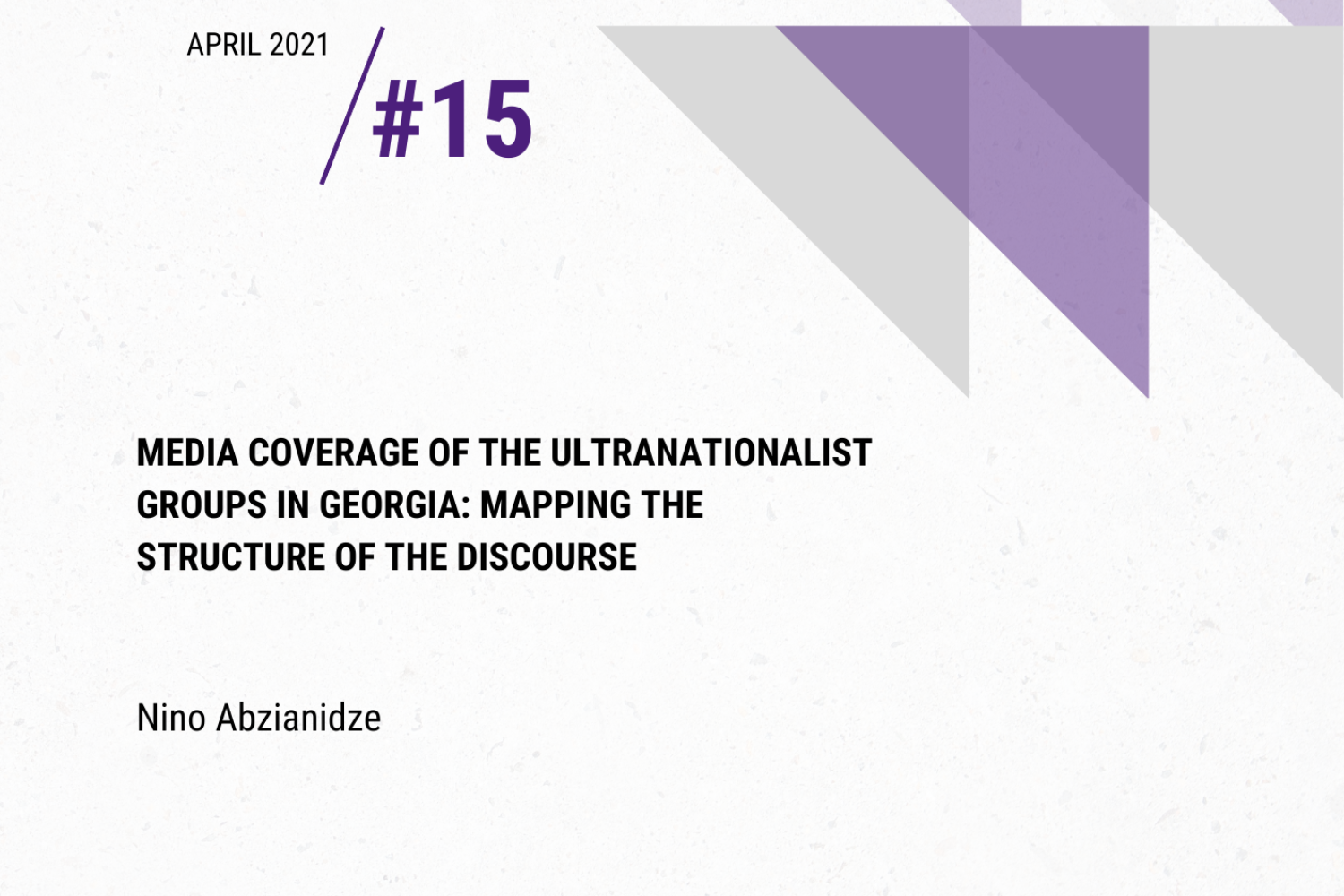 This paper analyzes the patterns of media coverage of Georgian ultranationalist groups and their discourse as covered by the three Georgian mainstream TV channels: Rustavi2, Imedi TV, and the 1st Channel of the Georgian Public Broadcaster. It examines whether and how much the ultranationalist narratives penetrate media discourse in Georgia, whether the media gives space to the counter arguments to ultra-nationalism, and who are the actors who set the discursive agenda around these issues.

The analysis is based on the media coverage of four cases of activities by Georgian ultranationalist groups in the period of 2018-2019, which triggered a particularly strong resonance. These cases include the so-called Rave Revolution, Tbilisi Pride, the March of Dignity and the premier of the film And then we danced. The original data was collected using the quantitative content analysis of the primetime news programs of the aforementioned three channels. The paper utilizes the methods of Social Network Analysis to delve deep into the thematic and actor structures of the media discourse, and through this identifies the centrality of issue categories and the nature of agency within. The findings of the study suggest that issue-wise, the narratives of the ultra-nationalist groups have not penetrated the mainstream TV media in Georgia. Counter-discourse of ultra-nationalism is largely absent as well. What dominates the discourse instead of the substantial issues are the frames of negativity (insulting and offensive language), blaming rival groups and talking about violence. Ultranationalist groups seem to dominate the discourse in terms of the amount of statements they make, and together with journalists seem to be the key contributors to setting negative references and violence as the major categories on the discursive agenda.