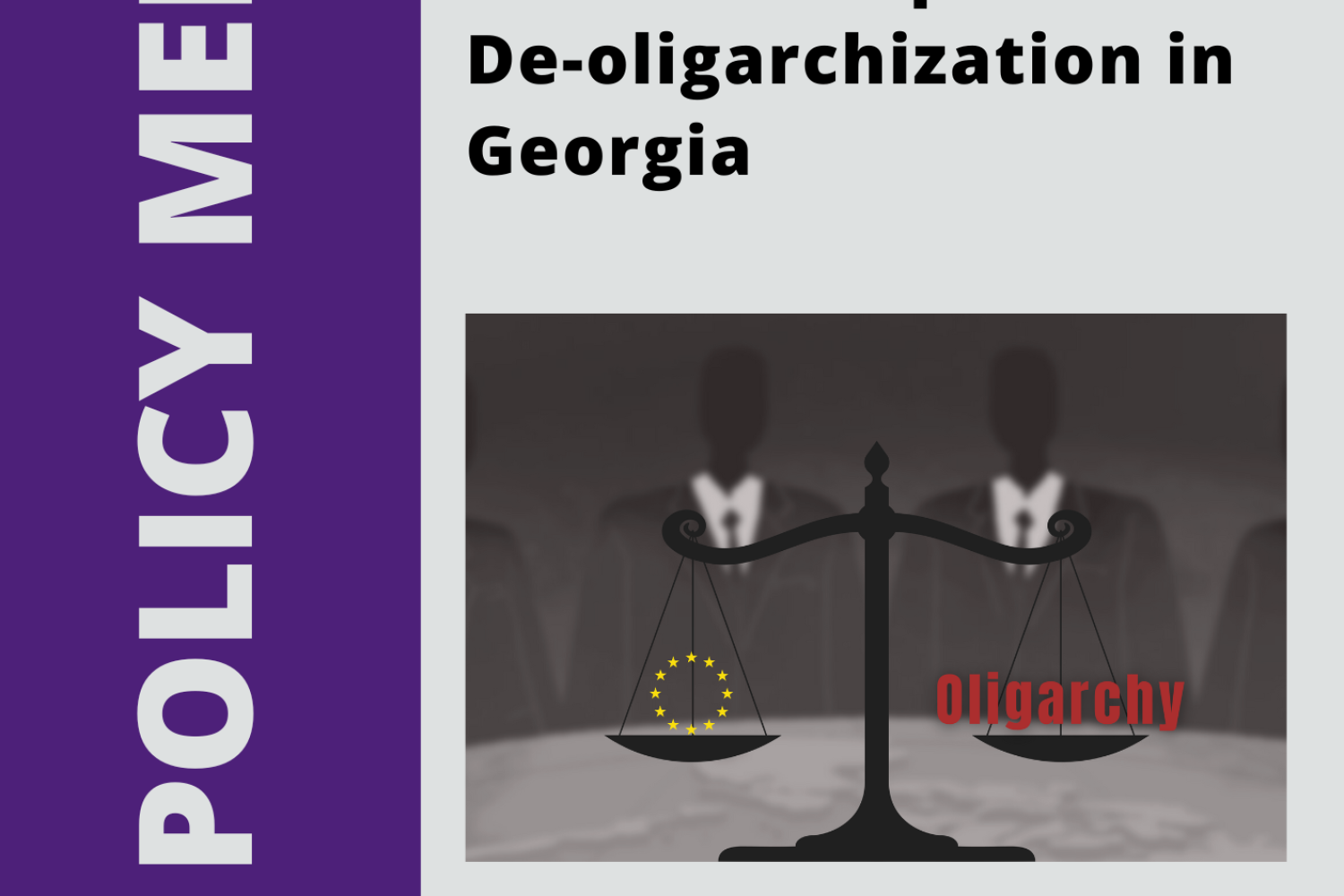 In the 12-point list of recommendations presented to Georgia by the European Commission, de-oligarchization remains one of the most controversial issues in the country. According to this specific recommendation, to obtain EU candidate status, Georgia must be able to “implement the commitment to ‘de-oligarchization’ by eliminating the excessive influence of vested interests in economic, political, and public life” (European Commission 2022a). However, opinions about the implementation of this recommendation differ diametrically in the Georgian political spectrum.

According to the ruling party, the note on de-oligarchisation does not refer to the founder of the party, Bidzina Ivanishvili, but is addressed to leaders of opposition political parties and their financiers (Interpresnews.ge 2022a). To fulfil this recommendation, the Georgian Dream has already submitted to the Parliament of Georgia a draft of a bill titled “On de-oligarchization” (Parliament of Georgia 2022a), which is similar to the Law of Ukraine on De-oligarchization (President of Ukraine 2021). Contrary to the claims of the Georgian Dream, opposition parties name Ivanishvili as the country’s only oligarch (RadioTavisupleba.ge 2022a). In the opinion of the opposition, the proposed bill does not respond to the real problem of the country (RadioTavisupleba.ge 2022a).

The discussion surrounding de-oligarchization resembles the usual cycle of exchanging accusations between political opponents, and the ambiguity surrounding the issue affects citizens’ disposition; 51 percent of surveyed individuals are unable to name an oligarch as denoted such by the European Commission in the country (CRRC-Georgia Omnibus 2022). Considering the importance of the issue, the purpose of this policy memorandum is to consider whether de-oligarization means a mere change of the legislation; to assess the appropriateness of the Ukrainian law on de-oligarization in the Georgian context and risks associated with its implementation in its present form. This briefing will further outline probable perspectives for de-oligarchization given the current political playing field in Georgia.