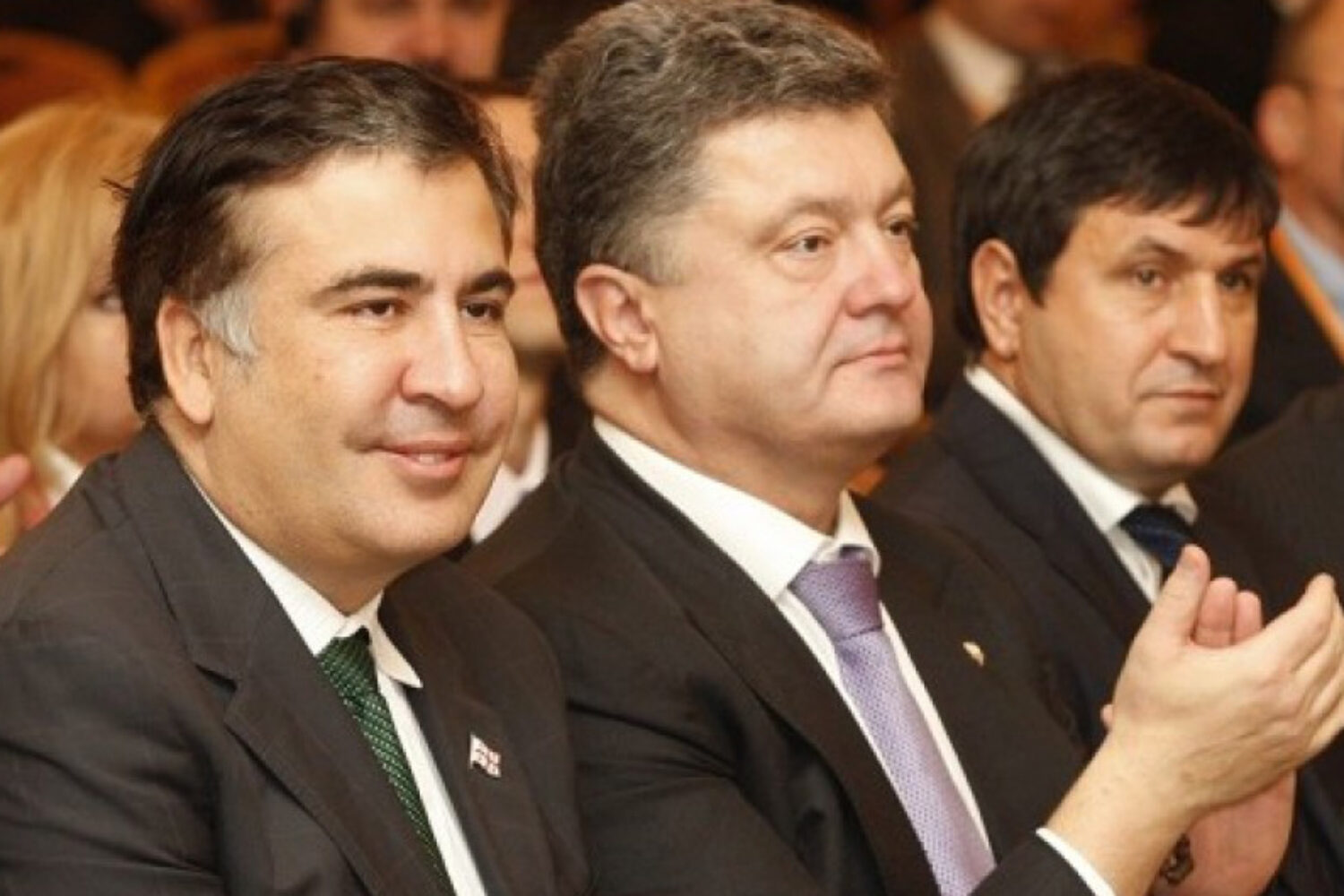 The now stateless former President of Georgia Mikheil Saakashvili was candid when interviewed by France24 about the revocation of his Ukrainian citizenship: “Everybody understands that this whole thing stinks.” The stripping of his citizenship is the logical conclusion of spoiled relations between Saakashvili and the president of Ukraine, Petro Poroshenko. Poroshenko has proved to be more of a Soviet-style boss than the European democrat he promised to be (informal meetings on Malta, a circle of advisors composed of oligarchs, blaming his opponents of being minions of Russian President Vladimir Putin). The volatile Saakashvili, for his part, announced last year he was launching an anti-Poroshenko opposition party. Moreover, he’s still wanted in Georgia on abuse of power charges, and the Georgian government has allegedly lobbied for his extradition from Ukraine. The revocation of his citizenship can be viewed in two overlapping ways: As a power play by Poroshenko; and as a product of the Georgian government’s desire for retribution. Seen from both lenses, the situation has troubling implications for two countries that have worked diligently toward integration into the European Union and NATO.

Saakashvili believes his citizenship was revoked at the request of Georgia’s de-facto ruler, Bidzina Ivanishvili. The patron of Georgian Dream, claims Saakashvili, had a secret meeting with Poroshenko in his residence in Tbilisi during which the two sides came to an agreement on the matter. Although Saakashvili’s accusations lack evidence, one might agree that “this whole thing stinks.” The official justification presented by the State Migration Service of Ukraine is that Saakashvili failed to reveal on his 2015 citizenship application that he was subject to criminal charges in Georgia. One has a hard time believing that the Migration Service only recently “learnt” about the charges, which have been public knowledge since 2014. No significant progress has been made by the Prosecutor’s Office of Georgia recently concerning the Saakashvili case, so the old charges are the only ones of interest to Ukraine.

The entire saga has lent power to voices claiming that Ukraine isn’t ready for closer relations with the European Union. It seems that the sticks and carrots strategy employed by the EU towards the Poroshenko government has involved too many carrots and not enough sticks. The visa liberalization granted to Ukraine in May 2017 was a powerful gesture to a country suffering from war and economic privation. It would be a disappointment for Ukraine and for the EU alike if such a great achievement was followed by a standstill in the country’s European integration.

Another worrisome factor is the possible involvement of the minister of Internal Affairs of Georgia, Giorgi Mghebrishvili, in the case. According to the transcript of a phone call made by two Russian pranksters known by the monikers “Lexus” and “Vovan”—a transcript Mghebrishvili claims is a falsification—the minister opposed Saakashvili’s extradition after consulting with the prime minister of Georgia, Giorgi Kvirikashvili. It’s also worth noting that the aforementioned pranksters have a history of working to advance the interests of the Kremlin.

The Ministry of Internal Affairs stated that the phone call records are not authentic and that “such connections are not established via phone calls.” Despite that, Saakashvili’s attorney called on the Prosecutor’s Office of Georgia to look into the authenticity of the call. If the involvement of Georgian officials or the former PM is proven, it could even lead to further deterioration of the Eastern Partnership (EaP) policy, especially against the background of the EaP Summit upcoming in November.

Going against the wishes allegedly expressed by Mghebrishvili in the still-unauthenticated phone call, it was reported that Ukraine’s Attorney General Yuriy Lutsenko would not oppose extradition if Georgia submitted an official request, which it did on August 18. The request is likely a reaction to a statement made by Saakashvili in an interview with Ukrainskaya Pravda, where he said he would arrive at Borispol Airport and find a safe haven there, as he has many friends among Ukraine’s border guards. The former Georgian president likely intends to live in the airport as a stateless person in the port of entry (POE) until he is granted asylum or citizenship by some third country. Saakashvili has a U.S. work visa valid until the end of 2017, where he is legally living with relatives at the moment.

The Saakashvili-Poroshenko game is still being played out. Russia and (presumably) Georgia seem to be meddling in the situation while Europe looks on from the outside. Under any scenario – whether or not Saakashvili arrives in Ukraine and whether or not he’s deported or extradited, the Georgian government is likely to have a hand in any important developments.

The situation proves, once again, that the government is still operating in Saakashvili’s shadow four years after his departure from the country. If this particular case is not enough, one can recall the frequent accusations of Georgian Dream MPs against opposition figures for alleged links to Saakashvili in either the past or present. In fact, the shadow of the man called “Misha” looms so large that it gets in the way of practical matters like EU and NATO integration. While the majority of parliamentary debates end in mutual accusations and references to the “bloody nine years” of National Movement rule, the country still suffers from lagging institutional reforms, enormous and questionable bureaucratic expenses, and persistent informal governance. The reader can decide for themselves whether it is more important to pursue an exiled man or to attend to issues that more directly concern the wellbeing of the populace.