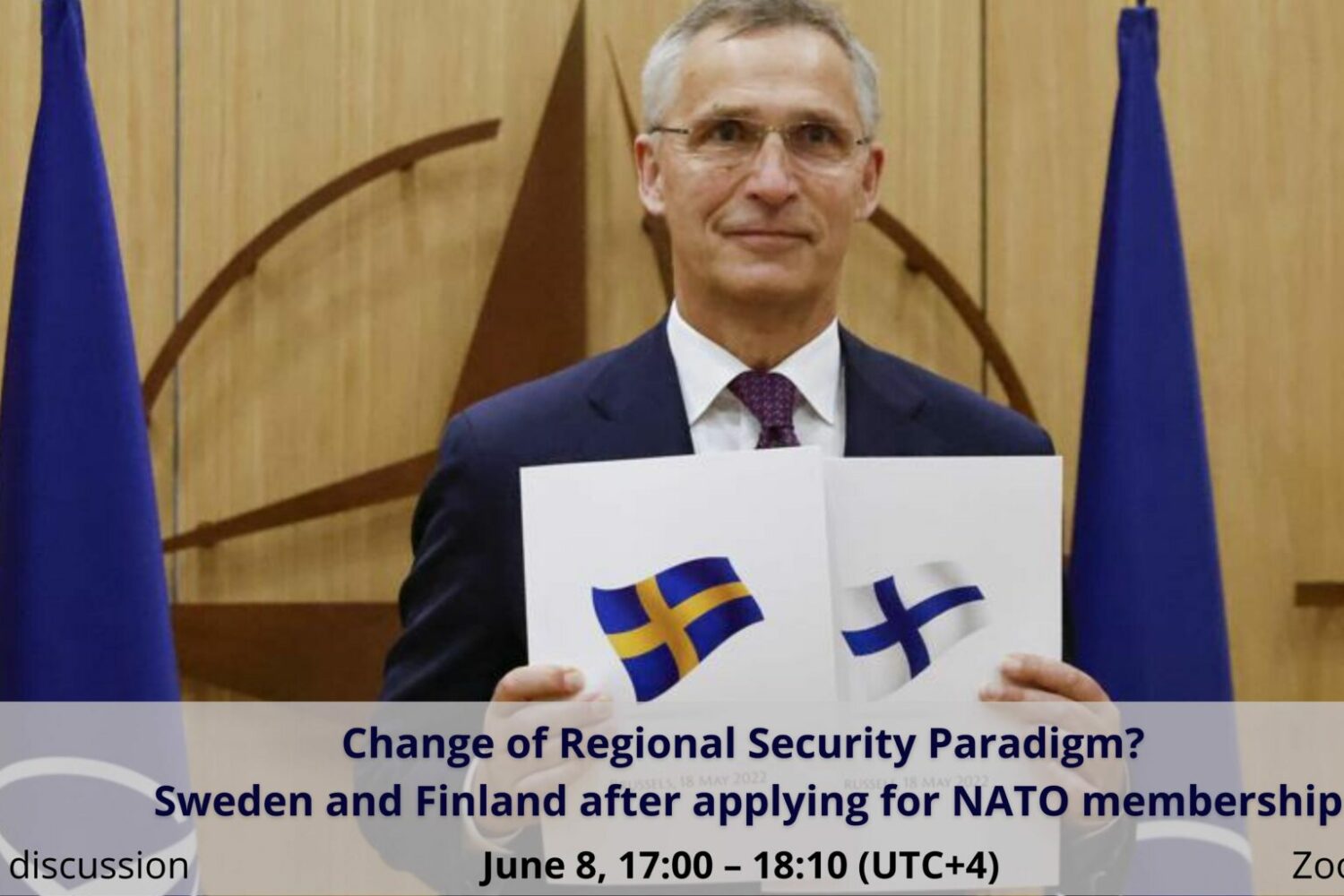 On June 8, 2022, the Georgian Institute of Politics (GIP) held the Virtual Roundtable Discussion – Change of Regional Security Paradigm? Sweden and Finland after applying for NATO membership.

The Russian invasion of Ukraine a couple of months ago has shuttered the regional security architecture that has been in place since the end of the Cold War. It has also raised fear among many that the world was on the brink of yet another global war. These developments are especially concerning for the countries whose security is not guaranteed by the NATO umbrella. Armed conflict in the heart of Europe has surged support among Finns and Swedes in support of abandoning their long-held neutrality and opting for North Atlantic Treaty Organization membership. Despite the harsh criticism and threats from the Kremlin, NATO Secretary-General said that both Sweden and Finland would be welcomed warmly and that their integration process was going to be very quick. These developments also raise questions for other close allies of the alliance: what they should be expecting from the upcoming Madrid Summit and what are the lessons to be learned from the change of the long-held security paradigm in the region.

The online discussion was focused on the following questions: