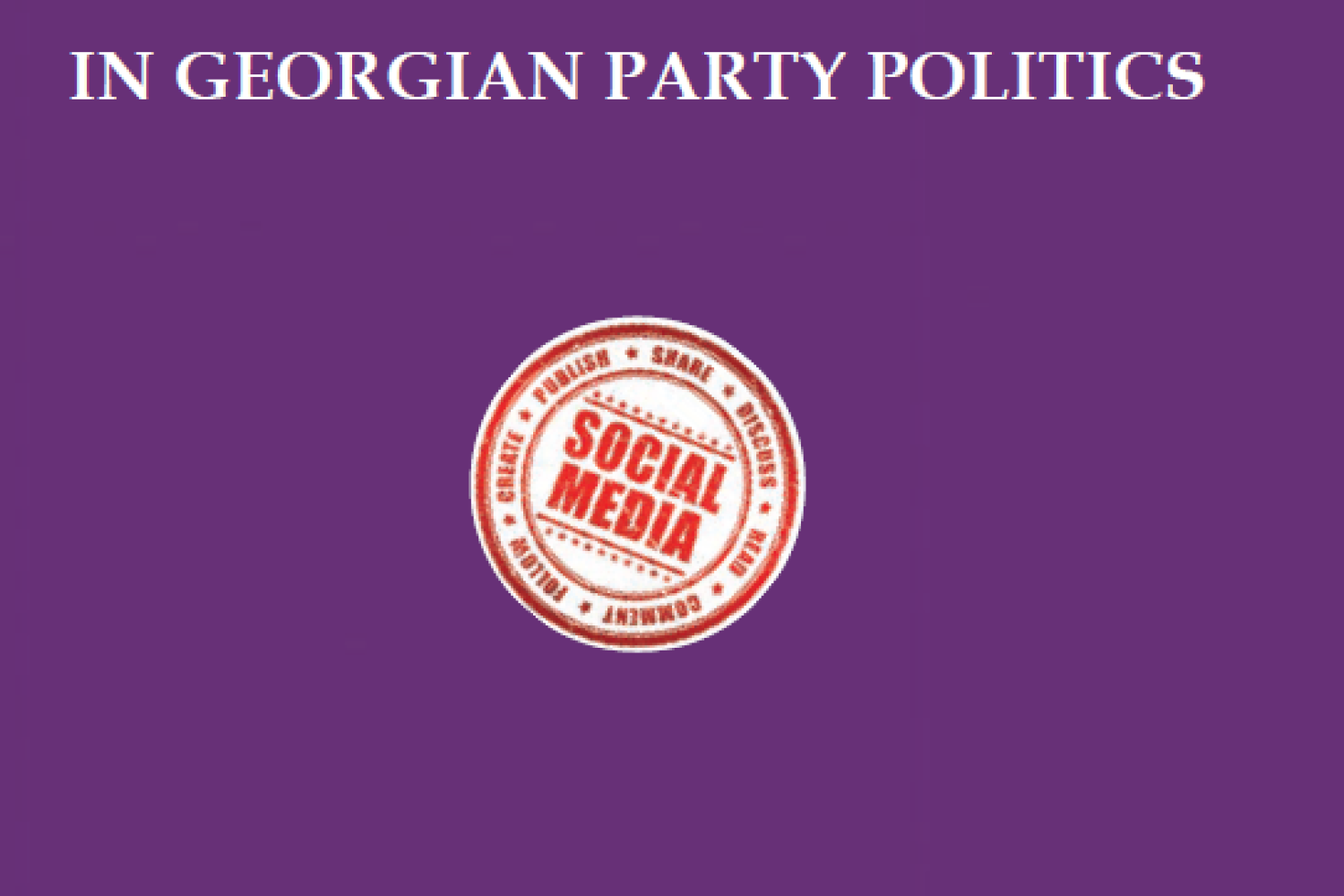 Political parties are necessary for the functioning of a modern democracy. The strength and degree of institutionalization of a party system is often invoked as a reliable measure of the strength of democracy in a given country. It is especially useful to evaluate party systems in countries with relatively short track records of democratic functioning. With a history of less than two decades, the Georgian party system is still quite young and volatile.

For years, Georgia’s political life was overwhelmingly dominated by a single party while citizens, opposition parties, and civil society were left sidelined with little opportunity to engage. This paper sets out to test the hypothesis that online communication technologies enabled political parties to create a competitive platform and position themselves more effectively for the 2012 parliamentary elections.

This study explores the impact of modern communication technologies and social media networks on Georgian party politics and the ways in which political parties can promote greater public involvement in political processes through the use of social networks.

The study also attempts to show that the intensive use (and abuse) of online social networks and modern communication technologies can be a strong contributory factor in determining electoral success.It illustrates the relationship between technology and politics in Georgia as well as the current trends in political parties’ use of social media and the impact of this on electoral campaigning in the country.

This publication attempts to describe the influence of technological forces over the political system and illustrate that, given the fact that the development of party politics in Georgia is still at an embryonic stage, a technologically deterministic approach is not appropriate. The social media profiles of political players taking part in the 2012 Georgian parliamentary elections are analyzed and compared. The study shows that while internet technologies are increasingly penetrating Georgian political life, the extent to which the use of social networks translates into electoral success for candidates and parties is still open for debate.