On 22-23 June 2022 the European Council took a historic decision on its Eastern enlargement. Yet, while granting Ukraine and Moldova the status of candidate countries, along with the recognition of their European perspective, it awarded Georgia only a European perspective and the status of a potential candidate. All that came with 12 priorities on critical reform issues for Georgia to address as conditionality to getting candidate-country status.

This EU decision has created a split in the informal unity that has developed among these three European Partnership countries – Georgia, Ukraine and Moldova, the so-called associated trio. At the same time, the current political tension in the relationship between the authorities of Georgia and Ukraine may further weaken Georgia’s position in this trio format in the medium or long run. It is worth noting that diplomatic efforts undertaken by the European Parliament and the Georgian authorities have been largely responsible for this format’s establishment. The format was further enhanced by the “Petra Fortress” joint declaration by the three countries on EU membership adopted in the summer of 2021.

Bearing in mind that EU enlargement is, as a rule, carried out based on a regional basis and Georgia is the only country from the Southern Caucasus that has so far declared its aspiration to join the EU, the disintegration or weakening of the trio format may have dire consequences for Georgia. To maintain the format, the Georgian government should implement the 12 recommendations proposed by the EU in the shortest time and in parallel to that make efforts, if this is still possible, to defuse political tensions with Kyiv. In this regard, a visit of a Georgian delegation led by the Speaker of Parliament to Ukraine in April 2022 was a significant step. However, such steps need to be repeated and to be taken by top officials in the executive, too.

Furthermore, a difficulty is seen by some in implementing the 12 EU priorities in that the general nature of their phrasing leaves room for interpretation. For example, political groups have been hotly debating as to what “de-oligarchisation” means and to whom this is being addressed, and what steps should be taken to combat organized crime. It is also important to determine the criteria which the EU will apply to evaluating the extent to which action has been taken on the reform priorities; for example, would the adoption of legislative changes alone be sufficient or is it important also to show certain results of their implementation? The timeframe of implementation has also been criticized as being “ambiguous”.  The European Council said first that the end of 2022 would be the date at which the Commission would “monitor Georgia’s progress to address these priorities and report on them…” However, Michael Rupp, a representative of the EC’s enlargement directive amended this on  13 July to say that the commission would now assess Georgia’s implementation of required steps “sometime in 2023”.   Therefore, it is important to receive from the EU, as soon as possible, the answers to questions about the evaluation criteria and the timeframe for the implementation of recommendations in order to minimize any possibility for the political class to put their interpretations on the conditions set by Brussels.

The EU decision – a step towards EU membership or a missed opportunity?

The history of EU enlargement (especially, the enlargement in 2004) clearly shows that a window of opportunity for EU membership opens rarely. Taking prompt and correct action at the right time is currently the main challenge faced by Georgia on its path towards EU membership. The trigger that drove the European Council to advance its Eastern enlargement on 23-24 June was the current regional geopolitical situation, namely the war waged by Russia in Ukraine.

The EU decision aroused ambivalent feelings of  both joy and sorrow in Tbilisi. A reason of joy was the award by the European Council of a European perspective to Georgia. By so doing, the EU gave a direct and positive answer to a question to which it had long avoided response – whether it viewed Georgia, Ukraine and Moldova as future members of the EU. However, taking into account the democratic regression of late in Georgia and the sharp decrease in trust towards the Georgian government, the EU refrained from granting the status of candidate to the country (in contrast to Ukraine and Moldova) and made this conditional on the implementation by the government of 12 reform priorities. That decision triggered a wave of discontent and produced tens-of-thousands-strong demonstrations in the capital city of Georgia. The target of the discontent was the ruling political party, Georgian Dream, as it has made clear in recent years that when it comes to choosing between the consolidation of its power and integration into EU, the government gives preference to the former.

Flagrant examples of this have been the withdrawal of the ruling party from the EU-brokered agreement – “A way ahead for Georgia” (also known as “Charles Michel Document”)  – and refusal to implement the reforms set out in it; the appointment of six new judges to the Supreme Council in disregard of the spirit of the this agreement; failure to punish organizers of attacks on representatives of critical media by anti-Western violent groups on 5 July 2021; failure to investigate the wiretapping of diplomats (including the former EU Ambassador to Georgia, Carl Hartzell); abolition of the State Inspector Service, etc.

The 12 priorities presented by the EU make it crystal clear that it will be difficult to move up to the next stage towards EU membership when the country has an impaired mechanism of checks and balances; state capture is a pressing problem; mechanism of parliamentary oversight is a mere formality, existing on a paper alone; human rights are violated; independent media is under attack; the independence of judiciary is questioned; elite corruption has been growing; the trust of international partners towards the incumbent government has plummeted; and the image of Georgia as a democratic state is extremely damaged.

It could be said that except for de-oligarchisation, there is nothing new in the list of priorities presented by the EU. Problems with the remaining 11 priorities have already been repeatedly emphasized in evaluation reports by Western partners, but the government has not displayed any political will to reform. At this historic stage for the country, the ruling power must, by its deeds, perform a volte face and reverse its behavior of recent years. A factor that has changed in the new reality is the granting of status as a EU candidate country. Time will show whether this may become a strong stimulus for reforms.

Georgian Dream will have to undertake democratic reforms in order to maintain a pro-Western course. In parallel to such reforms, it is necessary for the ruling party to openly condemn all those political actors that are notorious for their anti-Western rhetoric and are directly or indirectly associated with the ruling party. The government is now at a crossroad: by fulfilling the 12 recommendations presented by the EU it can become a political force that will succeed during its rule in gaining EU candidate status for Georgia, an achievement with which to stand at the 2024 elections. Or it may become a political actor that, for the first time ever in the history of the country, questions the course of Georgia’s European and Euro-Atlantic integration and goes against a choice supported by 80% of the country’s population and guaranteed under the constitution.

Against this background, the involvement of civil society, think tanks and academic circles gains importance. By setting a positive agenda, they have to increase the accountability of the government and facilitate the implementation of the reforms in accordance with the priorities presented by the EU. At the same time, civil society must make efforts to maintain, in spite of aggressive anti-Western rhetoric, the population’s support for EU integration and make people clearly understand the benefits of the comprehensive implementation of the reforms identified by the EU.

In order to avoid the 12 EU priorities becoming a moving target, it is necessary to determine clear performance criteria and to specify an implementation deadline. This would hugely assist civil society in its work on enhancing the accountability of the government.

Life after the decision of the European Council

Following the decision of the European Council, the government of Georgia agreed to the recommendations proposed by the EU for Georgia to be given candidate status and expressed readiness to fulfill them. In terms of fulfillment, the center of gravity is the Parliament of Georgia and the entire responsibility lies with the ruling power. Working groups were set up in the parliament for each priority. This may be assessed as a step in the right direction; however, in addition to formalizing the process it is important to be able to show substantive actions.

European integration is not a sprint. It looks more like a marathon. Keeping this in mind, it is of utmost importance that the government has a long-term vision of Georgia’s EU membership. It is of primary importance to develop a national strategy for Georgia’s membership to the EU. From this perspective, the merger of the Office of the State Minister on European and Euro-Atlantic Integration with the Ministry of Foreign Affairs must be considered a blatant mistake made by the government in 2017. An independent entity needs to be set up within the government that will be in charge of coordinating the process of gaining EU membership Georgia’s and the  related internal reforms, alone the lines taken by those countries of Central Europe that were part of the 2004 enlargement.  A meeting of the Association Council in Brussels is scheduled for September 2022 and there Georgia can present the EU with a detailed plan of implementation of the priorities (with relevant performance indicators and timeframes, a good example for which could be the action plan on visa liberalization provided to Georgia by the EU in 2013). Legitimacy of this plan in the country must be strengthened by support from various stakeholders.

One should also take into account that it will be a problem if the country fails to obtain candidate status by 2024. Then the EU will be more focused on internal issues because European Parliament elections are scheduled and a new composition of the European Commission will be approved.

And last but not least, the fight for freedom of the brave Ukrainians has played an exceptional role in creating the momentum for the EU membership process and it is important for Georgia to fully use this opportunity. Of the associated trio countries, the existence of this format is most important today for Georgia and consequently the Georgian government should make great efforts to maintain and strengthen it. The trio format is a significant means for Georgia to counter the formation of various harmful attitudes within the EU, such as the position openly declared by French President Emmanuel Macron that Georgia, in the EU enlargement strategy, is a country in “a different place geopolitically.” The Georgian government must realize that if it fails now to use this window of opportunity on the path towards the European integration, Tbilisi may have to wait until its neighboring countries in Southern Caucasus and Turkey decide to embark on a path towards EU membership.  In that situation, however, EU integration process would be even more complicated for Georgia. 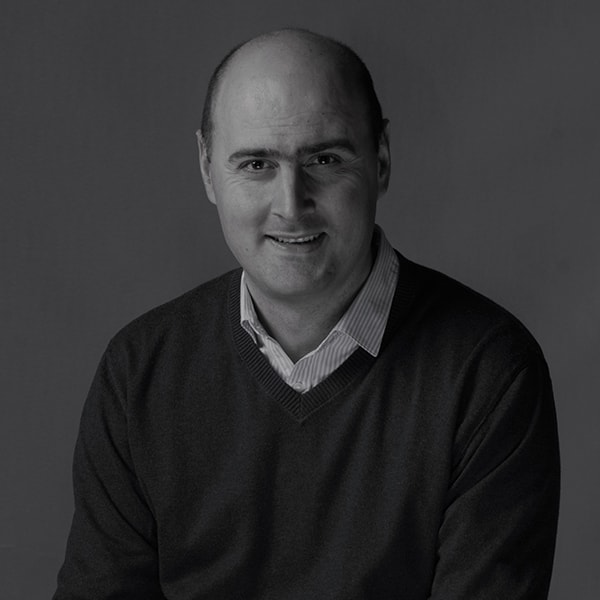