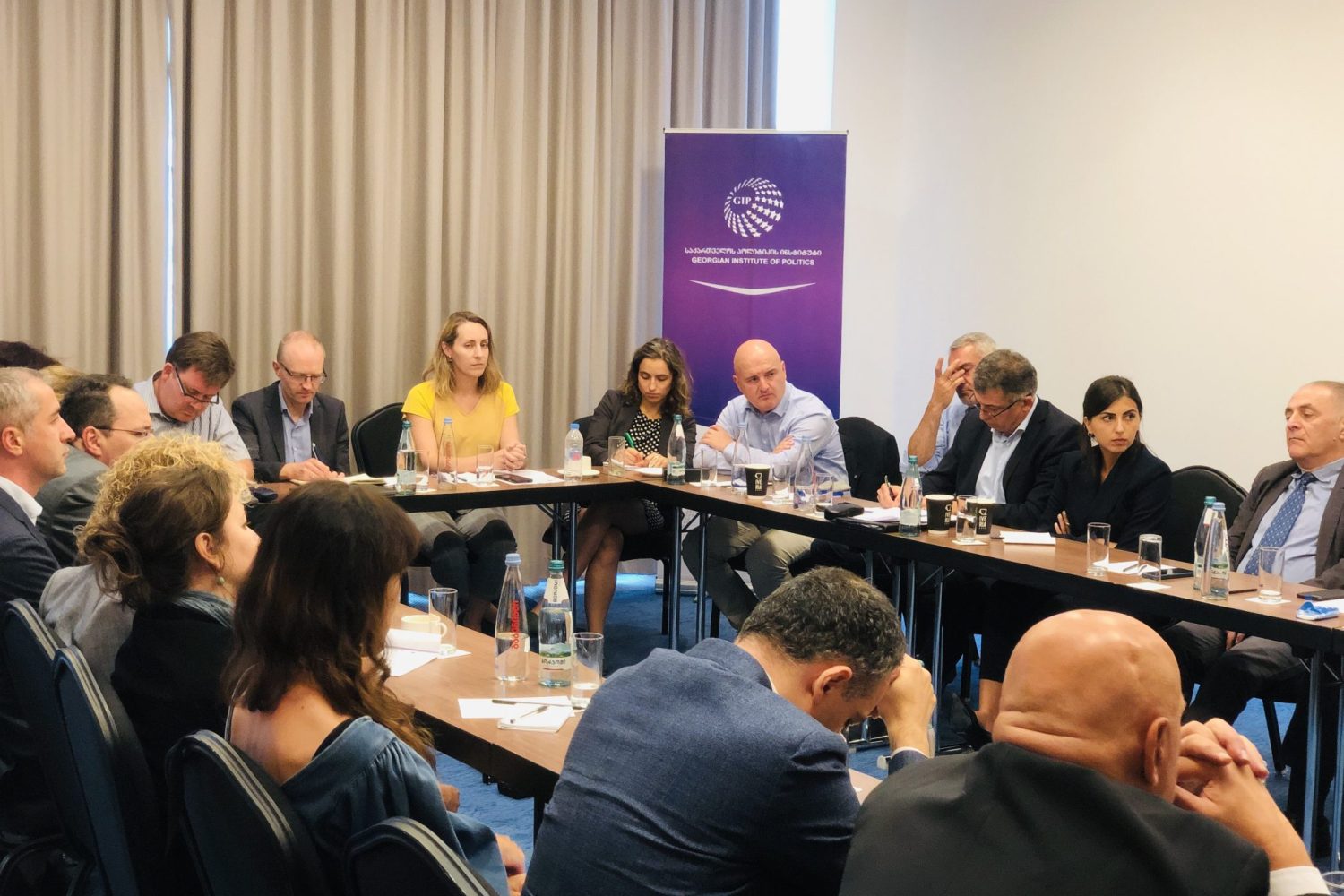 On September 7, 2022, the Georgian Institute of Politics (GIP), in cooperation with the German Council on Foreign Relations (DGAP), organized the closed–door workshop – “Security and Geopolitical Shifts in the Black Sea Region – Implications for Georgia and the South Caucasus” in the framework of Think Tank Network on the EU’s Eastern Partnership, facilitated by DGAP with the support of the European Commission. The closed-door event was held in English and brought together around 25 prominent experts to exchange on the Black Sea security and geopolitical shifts in the region, and the role of the EU.

The workshop opened with a round of introductions and was moderated by Renata Skardziute-Kereselidze, Deputy Director at GIP. The discussion kicked off with introductory remarks from Dr. Kornely Kakachia, Director at GIP, and inputs from Dr. Stefan Meister, Head of Program, International Order and Democracy at German Council on Foreign Relations, Mr. Wilfried Jilge, Mediation Advisor Ukraine at Center for International Peace Operations (ZiF), and Ms. Tina Khidasheli, former Georgian Defense Minister. The first round of inputs was then followed by an open discussion among experts. After a very fruitful discussion, the workshop was finalized by the concluding remarks from the participants.

The discussion was focused on the following key questions:

The workshop drew attention to Russia’s war against Ukraine and how it has changed not only the architecture of the European security order but also directly impacted on EU’s policies as it created geopolitical shifts in its eastern neighborhood and the Black Sea region. The Black Sea has become a hot spot of conflict between Russia and the West and will further be a major focus of a dispute between Russia, Ukraine, Turkey, the EU, and NATO. The workshop also focused on the role of the Black Sea for connectivity between Europe and Asia as well as Russia and the Middle East.

Moreover, the discussion touched upon the increasing role of the Black Sea region for European security amid the war in Ukraine, not only through EU member states (Romania, Bulgaria) but also membership candidates (Ukraine, Moldova, Georgia). The participants also talked about how the Black Sea region is a ground for complex relations with Turkey and confrontation with Russia as well as how the EU’s Black Sea Synergy failed to give answers to key security questions of the region.

Towards the end, the participants discussed the possibilities for the ‘Wider Black Sea’ region to become a new framework for regional cooperation among the South Caucasus and other Black Sea region countries with a focus on connectivity (energy, transportation) and security.