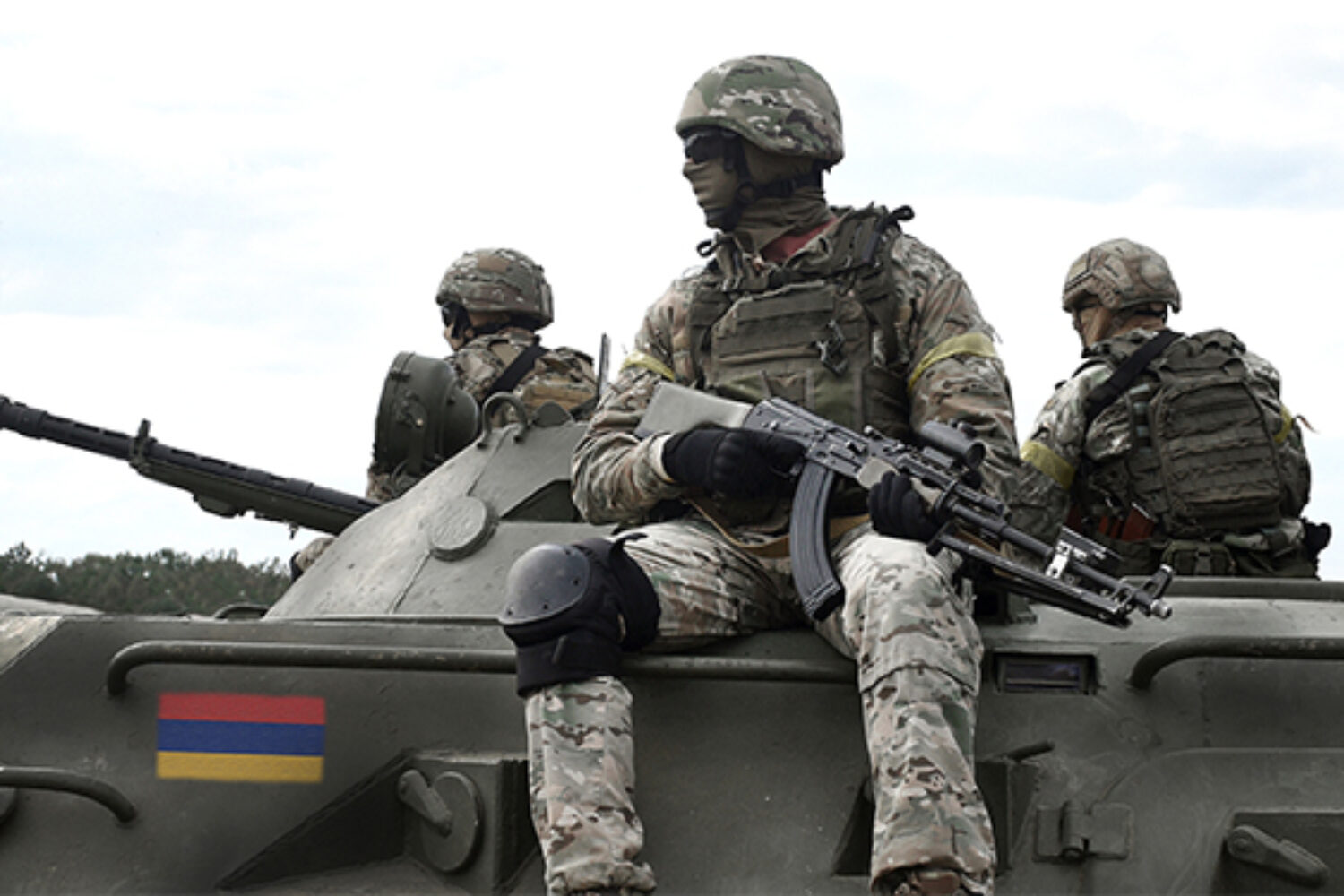 The South Caucasus region has recently witnessed significant upheavals: a war between Armenia and Azerbaijan over Nagorno-Karabagh, political chaos in Armenia, post-election turmoil in Georgia, and a shifting geopolitical dynamic between Russia and Turkey. As Armenia, Azerbaijan and Georgia walk a thin line between maintaining security, attempting modernization and navigating an increase in Russian and Turkish influence, the West risks losing its limited regional influence altogether.

The region in turmoil

The war which erupted two months ago between Armenia and Azerbaijan ended with a Russian-Turkish mediated ceasefire, creating new realities for the South Caucasus. The peace agreement includes stationing Russian peacekeeping forces in Nagorno-Karabagh and a joint Russia-Turkish peace monitoring process. Armenia lost its de facto control of the Karabagh region and adjacent territories, triggering a political crisis which endangers its democratic future. Azerbaijan stands victorious but has failed to fully resolve the issue of its territorial integrity. Perhaps more importantly, it lost its status as being the only country in the region without Russian boots on the ground. Georgia becomes further surrounded by Russian troops, bolstering the perception of Russia as the prime regional power. Finally, Turkey increases its geopolitical involvement, bringing its militarily into the region for the first time in over a century. Interestingly, this increase in Turkish influence has not been contested by Russia. Despite Putin and Erdogan competing elsewhere, they seem to have found common ground in the South Caucasus, at least for now.

Broadly speaking, the strategy of the western actors in the South Caucasus consists of supporting political and economic reforms, the parsimonious use of strategic resources, and turning a blind eye to the geopolitical games played by Russia, Turkey and other illiberal actors. The two previous US administrations all but ignored the security climate in the region, and the EU’s recent Eastern Partnership strategy document devotes only one paragraph to territorial conflicts and says nothing about the importance of security arrangements. The recent military conflict over Nagorno-Karabagh has brought the ineffectiveness of this approach to the surface. Neither the US nor the EU have made any serious attempt at having an impact on the conflict or its resolution. The Minsk Group, the diplomatic resolution mechanism of the Karabagh conflict which is co-chaired by France, the US and Russia, has lost its significance altogether. Azerbaijan’s dynastic ruler Ilham Aliyev is as little dependent on Western support as ever. Aliyev has boosted the legitimacy of his regime by partly restoring Azerbaijan’s territorial integrity, developing strategic relations with Russia, and receiving stalwart support from Turkey’s Recep Erdogan. Armenia remains firmly anchored in Russia’s orbit, with the security of the remaining ethnic Armenian population in Nagorno-Karabagh dependent on Russian peacekeeping forces.

As Russia continues to consolidate its influence in Armenia, and Azerbaijan continuing to show no interest in a close strategic partnership with the West, Georgia remains the only country where the US and the EU still possess some geopolitical influence. However, Georgia has recently been embroiled in its own political crisis. The October parliamentary elections exposed a distrust of Georgia’s election system, with most of the opposition refusing to accept the electoral victory of the ruling party. Moreover, even with a dominant pro-Western discourse in Georgian society, liberal actors find it increasingly difficult to manage citizens expectations about Georgia’s Euro-Atlantic integration. As Georgia’s advancement towards NATO membership has remained on hold for more than a decade, and with the EU hesitant to offer new incentives or any strategic vision about Georgia’s future place in Europe, more Georgians may begin looking at the Eurasian Union as an alternative to Western structures. As time passes, the political dynamic in Georgia may reach a point when Georgia’s pro-Western orientation cannot be taken for granted.

The South Caucasus is not Finland

To avoid geopolitical conflict with Russia while ensuring the continuity of democratic reforms some voices in the West propose a Finlandization of the post-Soviet space. However, in the South Caucasus and the wider post-Soviet area, not only foreign policy, but also domestic politics is heavily influenced by illiberal regional actors. Particularly, Russia’s heavy involvement in the domestic politics of its neighbours makes a comparison to Finland inapplicable.

It is not to say that the post-Soviet states possess no agency. Georgia’s failure to consolidate democratic structures is mostly homemade. Georgia’s political class remains polarized, and society divided. The country suffers from informal governance, a politicized judiciary, elite corruption and ineffective institutions. However, these problems are further exacerbated by Russian hybrid warfare, which includes destabilizing measures in conflict areas, anti-liberal propaganda, and support for Eurosceptic actors.

Armenia exemplifies even more the ineffectiveness of a Finlandization model in the post-Soviet area. Armenia attempted to achieve a democratic breakthrough and improve its governance in the 2018 velvet revolution. However, the reforms proposed by Armenia’s post-revolutionary government have alienated it from the Kremlin. Even though President Nikol Pashinian emphasized Armenia’s unwavering loyalty to Russia, there has been growing distance between the Kremlin and Yerevan.  Even if Pashinian survives the post-war crisis, Armenia’s democratic momentum and reform drive might be undermined by the trauma of lost war and a highly deteriorated security situation.

How can the West respond?

While the West has been barely visible in the South Caucasus recently, it does have the ability to shape the region’s development and enhance its own influence. In Georgia, the EU and the US should increase the pressure on the government, and opposition groups, in order to deescalate the political tension. Western actors should hold Georgia to higher democratic standards as the current, vague criticisms of democratic shortcomings, falls short of the expectations which liberally-minded civil society groups and younger demographics desire. The EU and US should support a broad range of institutional reforms, including a structural reform of the Central Election Commission, which remains a weak link in Georgia’s political system.

In Armenia, as the country enters a difficult post-conflict period, the EU and US should empower pro-reform elites, support the country’s anti-corruption initiatives, and offer alternative incentive structures should the country manage to escape Russia’s orbit. Even if post-conflict Armenia continues to rely on Russia for its security, many in Yerevan will question the trustworthiness and dependability of Russia as an ally. Finally, even if the Russia-brokered deal has stopped the conflict for now, the Karabagh conflict is far from over. As examples in Georgia and Ukraine clearly indicate, Russia’s peacekeeping mission can, at any time, turn into a punitive operation, against either Azerbaijan or Armenia. Therefore, it is important that the EU and NATO develop their own security arrangements, as this is the only way to ensure sustainable peace, stability, and prosperity in the region. Without tangible western engagement in security arena, any bold language about resilience-building, integrated crisis-management or a geopolitical Europe will remain empty signifiers for the South Caucasus and Europe’s eastern neighbourhood.

[1] Dr. Bidzina Lebanidze is a senior analyst at Georgian Institute of Politics (GIP). He is Postdoctoral fellow at the Institute of Slavic Studies and Caucasus Studies at the Friedrich Schiller University Jena.