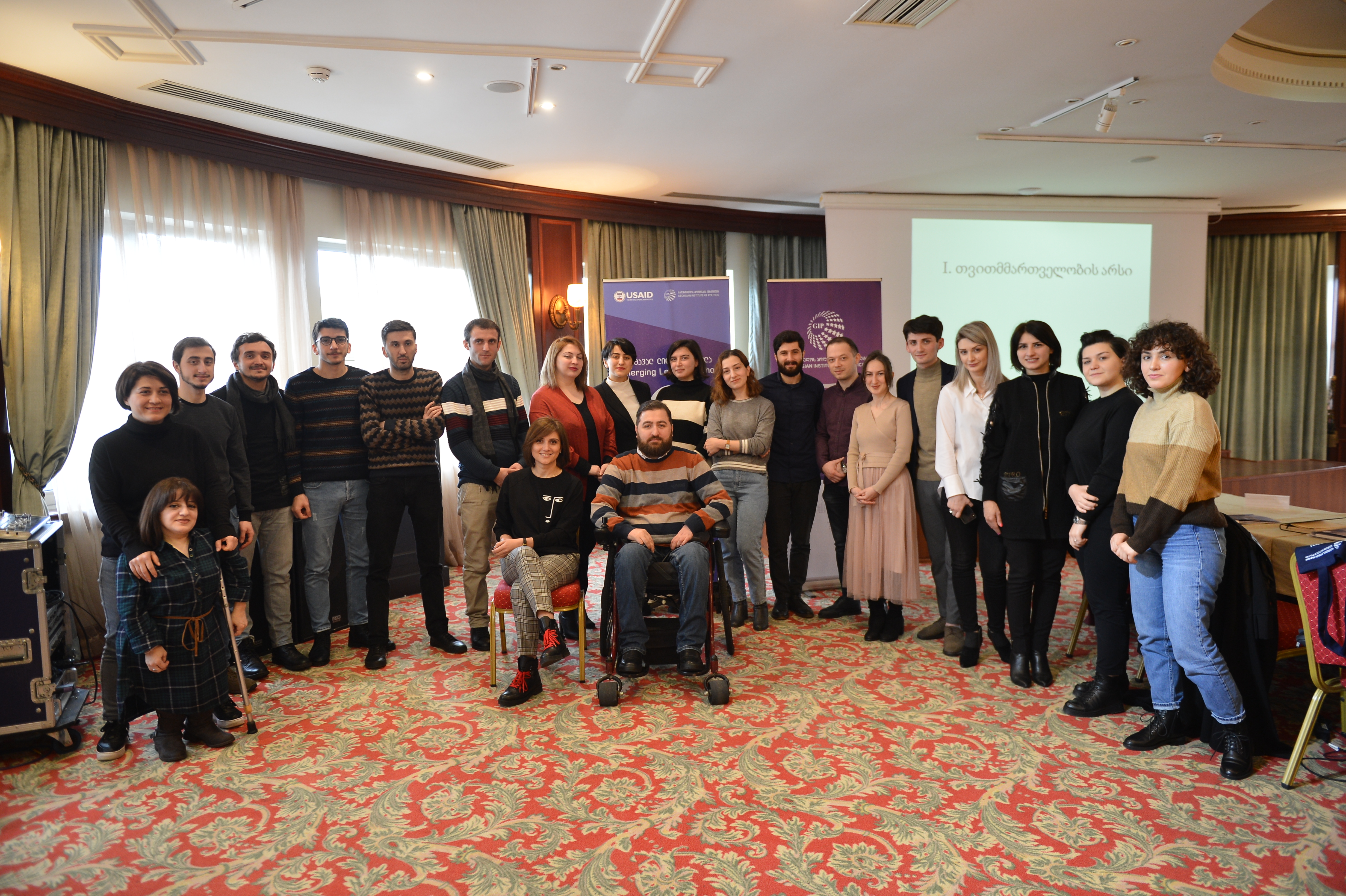 Emerging Leader’s School (ELS) was opened in Batumi and Zugdidi

On February 15th, the opening ceremony of Emerging Leader’s School (ELS) took place in Batumi and Zugdidi. The initiative is being implemented within the framework of the project “Promoting Youth Transformational Leaders in Georgia” by Georgian Institute of Politics (GIP) with the financial support of USAID/Georgia and in partnership with CRRC Georgia. The project aims at raising youth awareness on political processes and democratization as well as developing their leadership skills and enhancing their participation and representation in public life.

The opening ceremony of ELS in Zugdidi was attended by Aleksandre Motserelia, the Governor of Samegrelo-Zemo Svaneti region, who in his speech emphasized the importance of youth participation in the public life. Opening remarks were delivered by Mr. Kakhaber Partsvania, Head of Zugdidi Resource Center, Mr. Gia Khasia, Executive Director of association ATINATI, and Dr. Kornely Kakachia, GIP Director, who talked about the work of GIP and highlighted the importance of ELS. GIP Deputy Director, Renata Skardžiūtė-Kereselidze attended the ELS opening ceremony in Batumi. Mr. Davit Mikeladze, Director of Regional Youth Center in Adjara and Mr. Irakli Siradze, Deputy Mayor of the Ozurgeti Municipality also attended the event.

The opening ceremony was followed by the first training sessions covering the topics: the history and the concept of local self-governance, decentralization and ongoing reforms in Georgia, trainer – Davit Losaberidze, expert of local self-governance; Civil Patriotism, Nationalism and Ethno-cultural Diversity, trainer – Gia Nodia, political analyst, professor of politics and director of the International School of Caucasus Studies at Ilia State University.

The ELS targets 18-35-year-olds with diverse backgrounds from Tbilisi and three different regions of Georgia – Kvemo Kartli, Samegrelo-Zemo Svaneti, and Adjara. The ELS provides an opportunity and space for the participants to collaborate, enrich their knowledge on the most relevant political, social, and economic issues, share their views with politicians, experts, and leaders through open discussions.

ELS will be implemented over the next 6 months and there will be a wide array of topics covered such as public policy, challenges of external relations, social and political campaigns, women’s political participation, civic activism, etc. Apart from Batumi and Zugdidi, next weekend ELS will be opened in Rustavi and Tbilisi as well.