The purpose of this research is to cast some light on the formation and maintenance of the governmental entities, which have been displaced from Abkhazia and Tskhinvali, the two breakaway regions of Georgia. This research contains a detailed study of the history, structure, and function of these entities, which continue their activities in displacement: the Government of Abkhazia, the Supreme Council of Abkhazia, and the Administration of South Ossetia. During the formation and maintenance of these displaced government entities, Tbilisi has been led by the notion of legitimacy, and regards these entities as the sole mechanism for the representation of the local population. The stance of the Central Government towards the governing functions of the entities displaced from Abkhazia is also discussed. In this respect, two different phases are observed, the first phase, 1992/93 to 2004, when the displaced entities were invested with a maximum of governing power; and 2004 to 2012, when power became concentrated in the central government. The author also discusses the current status of the displaced entities and concludes that, for the first time in three decades of the independence of Georgia, Tbilisi does not have a comprehensive position towards the displaced government entities of the breakaway regions. 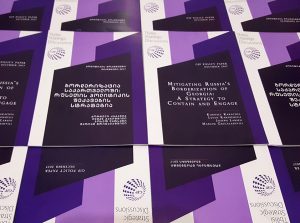 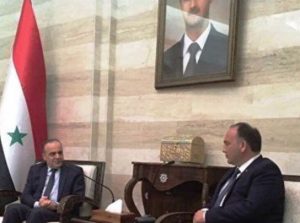