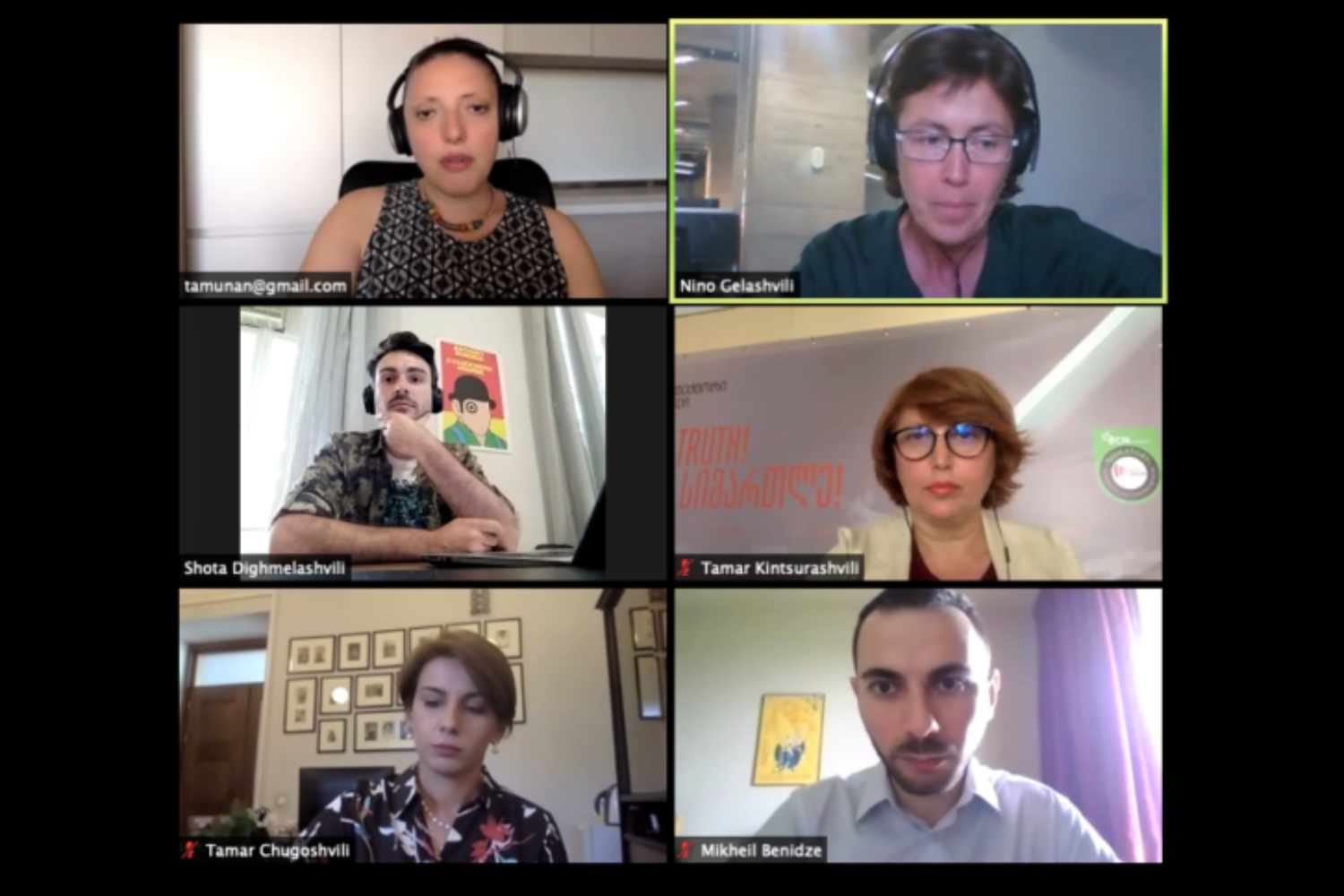 On July 14th, Georgian Institute of Politics hosted the third, concluding panel of the 5th Annual Democracy Conference on the issue of Polarization and Radicalization of the Electorate.

Main topic of this year’s conference was “Elections in Times of COVID-19: a New Challenge for Georgia’s Uncertain Democracy?”

The first panel, which was held on June 17, was about the 2020 Parliamentary Elections in times of COVID-19, while the second panel, taking place on the 1st of July, discussed the role of international actors and elections.

The final panel of the conference touched upon radicalization of the electorate in Georgia, the ways to handle it and how this process potentially affects democratization.

The speakers of the third panel were:

The discussion was moderated by Nino Gelashvili, Radio Liberty. 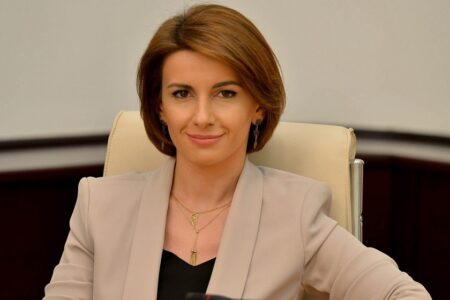 The first speaker of the panel, Tamar Chugoshvili emphasized the importance of 2020 Parliamentary Elections for democratic development of the country and talked about the damaging effects of polarization in the context of the future elections. In her speech, she mainly touched upon the factors that shape polarization and radicalization in Georgia. As the speaker remarked, the first factor providing a fertile ground for this tendency is an unsophisticated nature of the party system. To some extent, the fact that parties have not yet introduced their detailed visions on further development of the country is the result of this setting. The second factor shaping polarization in Georgia, according to Tamar Chugoshvili, is  the media. Media outlets following political lines are more and more dominant in Georgian TV broadcasting. As a result, voters cannot make informed choices. Economic growth and widening the advertising market would be a way out from this situation. Apart from this, more alternative spaces need to appear, which will be free from carrying out political orders. The third factor that encourages polarization and radicalization is the electoral system, according to the speaker.  The model of an electoral system that had been under work in Georgia until now, has been stimulating confrontation as the winner was taking it all, while losers were taking nothing. As Chugoshvili remarked, this is exactly the reason why courts, government, local self-government, independent institutions, etc.  ended up in the hands of the winning party.

The second speaker of the panel – Shota Dighmelashvili pointed out that there is no potential for decreasing polarization in the pre-election period. He also talked about the campaigns built on discreditation of opponents and negative agenda. As he said, politicians have nothing positive to offer to the voters. Polarization is a systemic problem, indeed, which impedes renewal of the political space. The speaker focused on the change of the electoral system, as a systemic solution against polarization and radicalization. Within the frames of proportional electoral system, the winner does not take everything and this type of system facilitates more engagement of the people. Shota Dighmelashvili mentioned the problem of social media as well, emphasizing that special marking of the instances of hate speech, political advertisement, and content does not occur. Inauthentic pages show up, illusion of discussion is created and conflict is being stirred up. At the end, Dighmelashvili described how in his opinion, the government is instrumentalizing radical groups in Georgia and remarked that radicalization and polarization require systemic solutions such as  changing the electoral system and strengthening the self-governance system that would let new faces into politics. 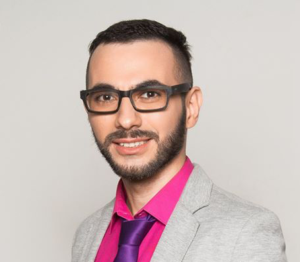 The third speaker of the panel was Mikheil Benidze, who stated that radicalization and polarization has become more characteristic to Georgian politics in recent years. One of the factors stimulating these tendencies is an electoral system creating the reality, where a political force has either everything or nothing. The speaker noted that aggressive rhetoric and radicalization can be noticed among the voters as well. He provided examples of aggressive actions in regions, raids on the offices of political parties, attempts of disrupting public meetings of politicians, etc. Mikheil Benidze expressed his hope that the change of the electoral system will alter the rules of the game, which in turn will lead a political culture, in which political parties focus on cooperation and positive agenda, rather than on confrontation. 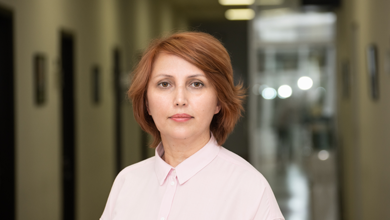 The fourth speaker, Tamar Kintsurashvili began her speech by talking about instrumentalization of the media. She noted that development of social media, to some extent, stimulates radicalization as well. Social media clearly promotes democracy and pluralism, but, at the same time, some actors try to use it in a wrong way and boost disinformation. Tamar Kintsurashvili pointed to the unfriendly attitudes of the current government towards the critical media and mentioned that the same was true for the previous government as well. Critical media are perceived as an enemy and so are those non-governmental organizations, which criticize the government. According to Kintsurashvili, there is no consolidation between the state and non-state actors regarding the main challenges of the country.  She also talked about the informational chaos and noted that Russia is cultivating the latter in other countries as well. Even some mature democracies were not able to avoid it. Therefore, according to Tamar Kintsurashvili, it is important to protect the informational space, which is the responsibility of the state in the first place. Besides, complying with ethical standards is important for the media to maintain trust of the society.

Speeches were followed by the Q&A sessions. Questions of the attendees mainly addressed the following issues: How much inequality political parties face in the 2020 pre-election period? How does the political activity of illiberal groups affect the democratization process in Georgia?  What is the role of civil society in reducing polarization and radicalization? 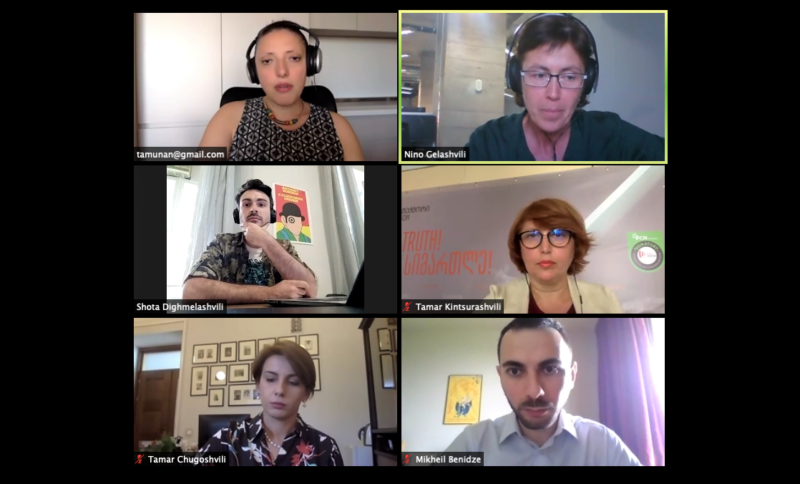 In sum, the major issues that were highlighted on the third panel of the conference:

All three panels of the Annual Democracy Conference, which took place via the online platform ZOOM this year, were traditionally financially supported by the National Endowment for Democracy (NED).

The video of the 3rd panel is available here >>