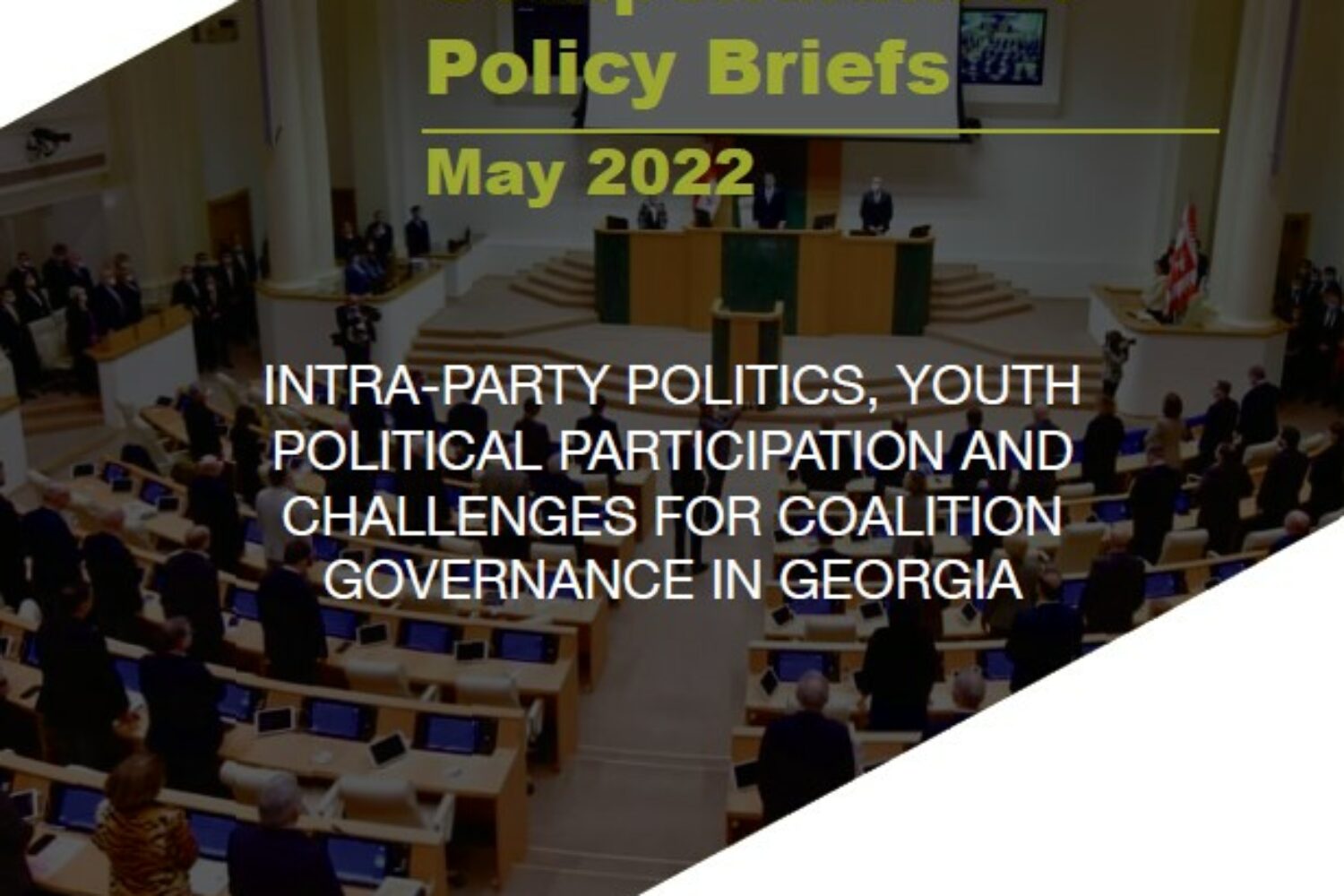 Georgia has been in a deep and protracted political crisis since the 2020 parliamentary election, which has damaging long-term consequences for Georgia’s democratic development as well as its future European perspective. Amendments to the constitution, together with reforms proposed in the agreement brokered by the EU, were supposed to shift Georgia towards a coalition government. However, the current relationship between the political parties is anything but cooperative. Many perceive politics as a zero-sum game where the winner takes all and the losers face the constant threat of political persecution.

Against this backdrop, we see the alarming developments in the broader region, with the Russian Federation launching yet another act of military aggression against Ukraine. The collective West has been united as never before in its opposition to the Kremlin’s violation of Ukraine’s sovereignty and willingness to assist the Associated Trio on their European path. The ongoing major geopolitical shifts create a window of opportunity for Georgia, Moldova, and Ukraine to solidify their EU membership perspective. Yet, in order for this chance to materialize, commitment to democratization and depolarization is vital.

Political parties have an important role to play in building a sustainable political culture that will facilitate depolarization and enhance cooperation between the actors. Nevertheless, neither the ruling nor opposition parties are able to offer voters a positive agenda. Instead of issue-based discussions and presentation of their visions for the country’s development, pre-election campaigns are often focused on scandals and negative campaigning, affecting the development and sustainability of the political culture. Radical polarization in the political field also increases its unevenness and forces small political parties to “choose a side”.

An important aspect that needs to be taken into account is that, despite polarization of the political field, year after a year opinion polls suggest that an absolute majority of the population supports the idea of coalition government and thinks this is vital for Georgian democracy1. These numbers suggest that there is a considerable mismatch between the ambitions of the political parties and the wishes of the electorate. Therefore, both the wider public and the political classes must start thinking about ways to overcome these challenges and restore the trust and linkages between the political parties and Georgian society. Policy briefs in this compendium suggest possible ways of addressing these shortcomings and how to move forward in order to strengthen Georgian political culture and enhance cooperation between the parties.

The Georgian Institute of Politics is delighted to present Compendium 2022, the latest of our annual collection of policy briefs dedicated to Georgia’s political processes, challenges, and prospects. The collection is intended to serve as an introduction to the seventh annual conference #GEODEM2022 and a keynote for discussion within the frame of our major event. We hope that the publication will lead to interesting discussions. These policy documents and papers may be used as a resource by representatives of political circles as well as civil society, political experts, members of the academic community, and other stakeholders involved in the country’s democratic transformation.

This Compendium, just like its predecessors, could not be published without the support of prominent institutes, including the Embassy of the Swiss Confederation in Georgia, and the Friedrich-Ebert-Stiftung South Caucasus Office. We are also indebted to the citizens of Georgia, representatives of civil society, and media outlets for their continuous support for our work and their civic engagement in the development of civil society, as well as the strengthening of the organizational backbone of democratic institutions through their contribution to the development of democratic processes.